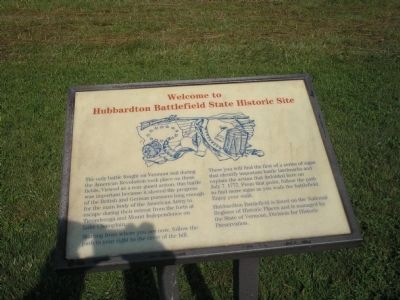 The only battle fought on Vermont soil during the American Revolution took place on these fields. Viewed as a rear guard action, this battle was important because it slowed the progress of the British and German pursuers long enough for the main body of the American Army to escape during their retreat from the forts at Ticonderoga and Mount Independence on Lake Champlain.

Starting from where you are now, follow the path to your right to the crest of the hill. There you will find the first in a series of signs that identify important landmarks and explain the action that unfolded here on July 7, 1777. From that point, follow the path to find more signs as you walk the battlefield. Enjoy your walk.

Hubbardton Battlefield is listed on the National Register of Historic Places and is managed by the State of Vermont, Division for Historic Preservation.

Topics. This historical marker is listed in this topic list: War, US Revolutionary. A significant historical month for this entry is July 1788. 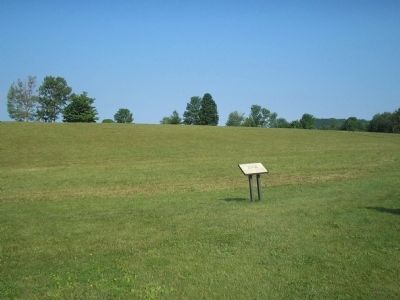 By Bill Coughlin, July 12, 2008
2. Marker on the Hubbardton Battlefield

Click or scan to see
this page online
8.356′ W. Marker is in Hubbardton, Vermont, in Rutland County. Marker can be reached from Monument Hill Road, on the left when traveling north. Marker is located near the Visitor Center at the Hubbardton Battlefield State Historic Site, at the start of the battlefield walking trail. Touch for map. Marker is in this post office area: Castleton VT 05735, United States of America. Touch for directions.

More about this marker. Various accruements of a Continental Soldier appear at the top of the marker.

Related markers. Click here for a list of markers that are related to this marker. This series of markers tell the story of the Battle of Hubbardton. 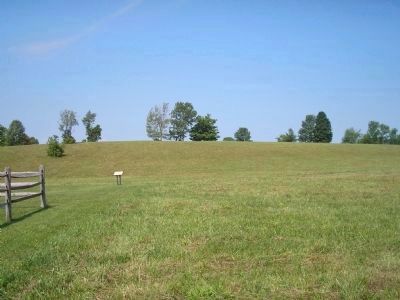 By Bill Coughlin, July 12, 2008
3. Monument Hill Marker
The American Army made their stand at the crest of this hill. Eventually, they retreated across this ground in the direction of the photographer. 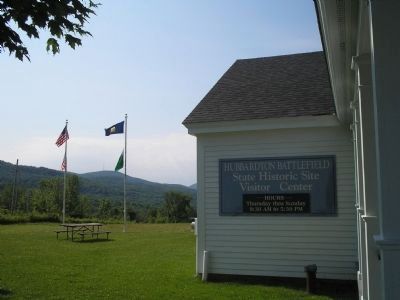