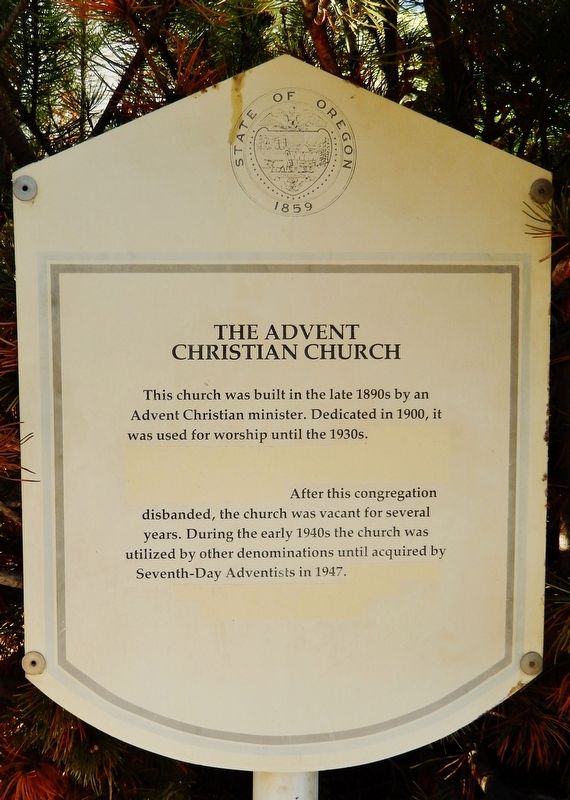 This church was built in the late 1890s by an Advent Christian minister. Dedicated in 1900, it was used for worship until the 1930s.

After this congregation disbanded, the church was vacant for several years. During the early 1940s the church was utilized by other denominations until acquired by Seventh-Day Adventists in 1947.

Other nearby markers. At least 8 other markers are within 2 miles of this marker, measured as the crow flies. John Day/Canyon City (a few steps from this marker); The Adventist Christian Church (about 300 feet away, measured in a direct line); Welcome to Kam Wah Chung (approx. 0.2 miles away); Kam Wah Chung Company Building 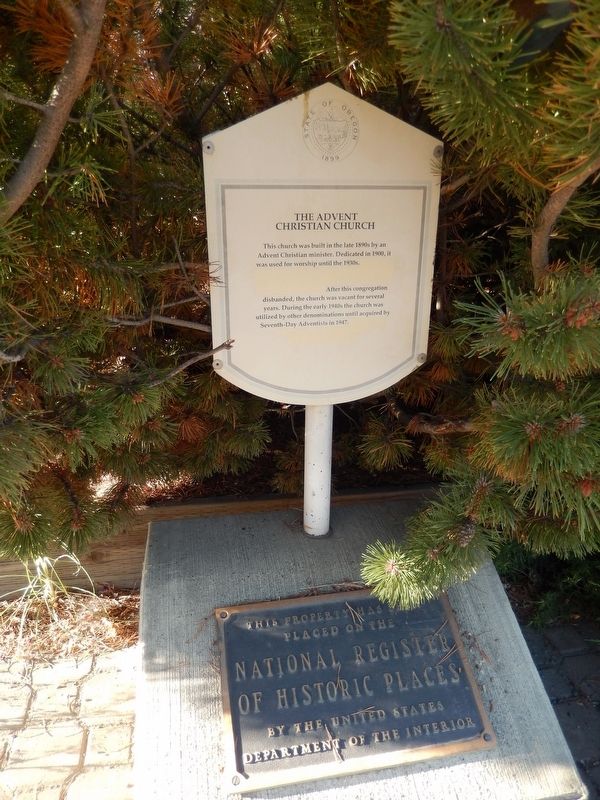 More about this marker. Interestingly, you can see that some text on this marker has been redacted.

Regarding The Advent Christian Church. National Register of Historic Places (1992) 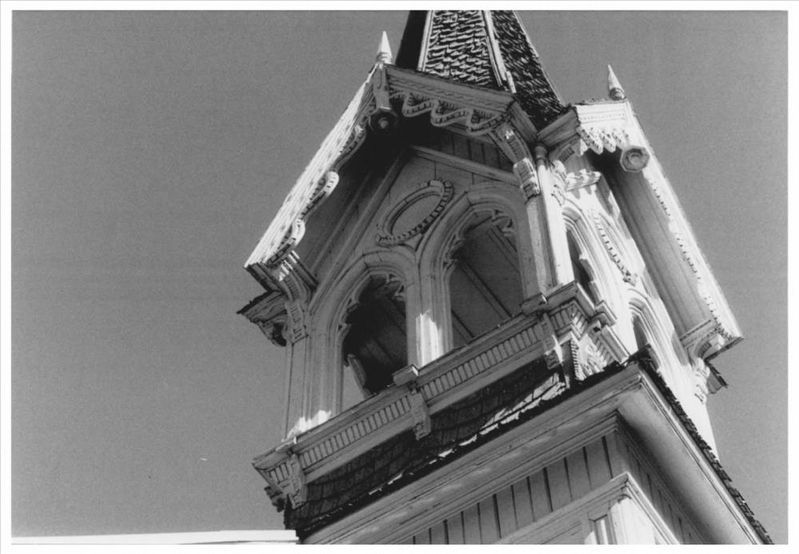 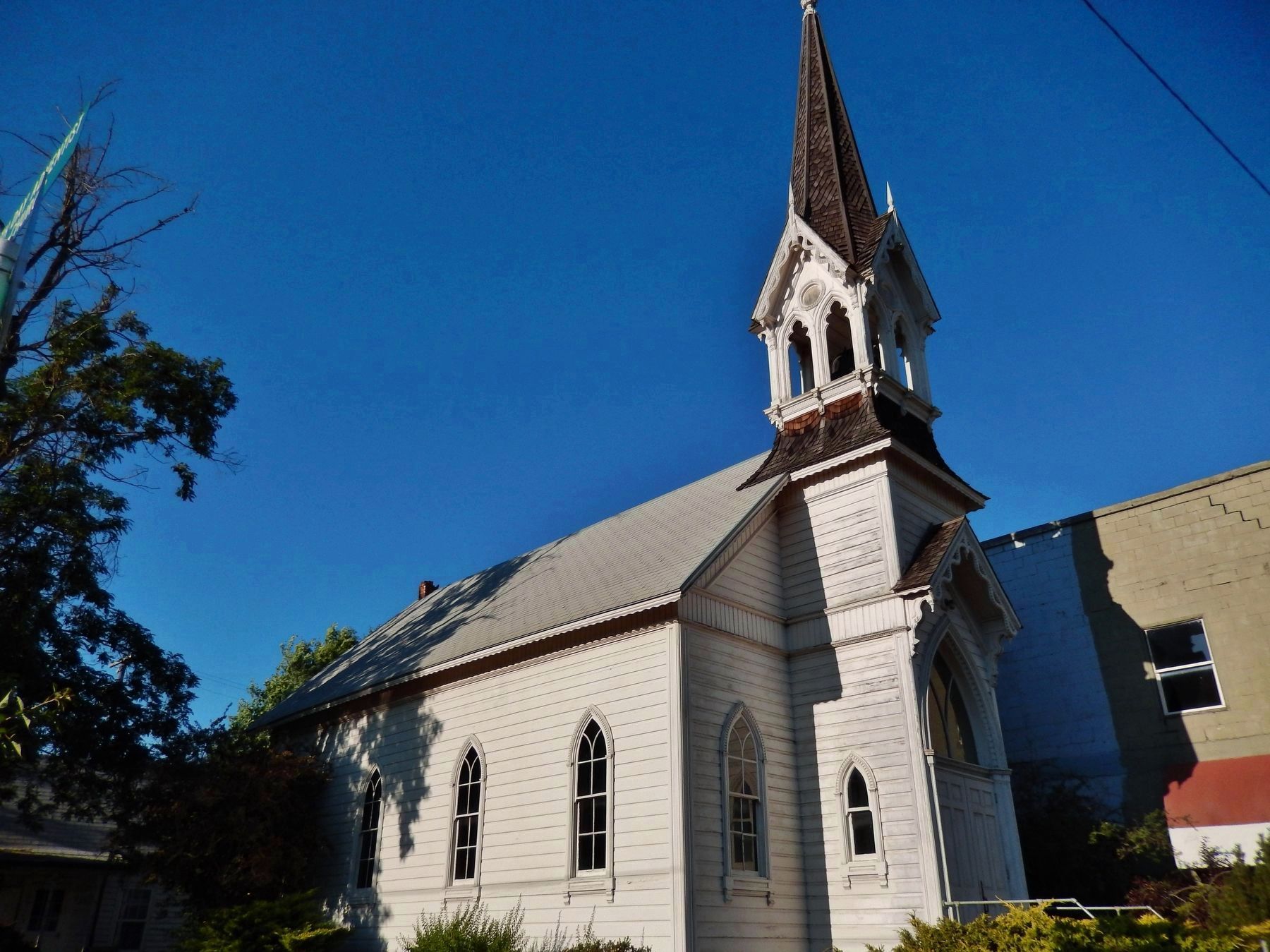 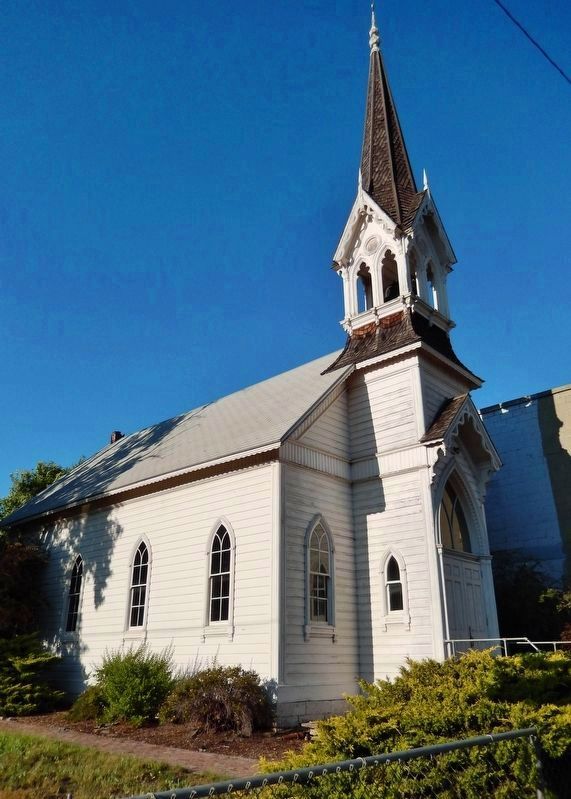 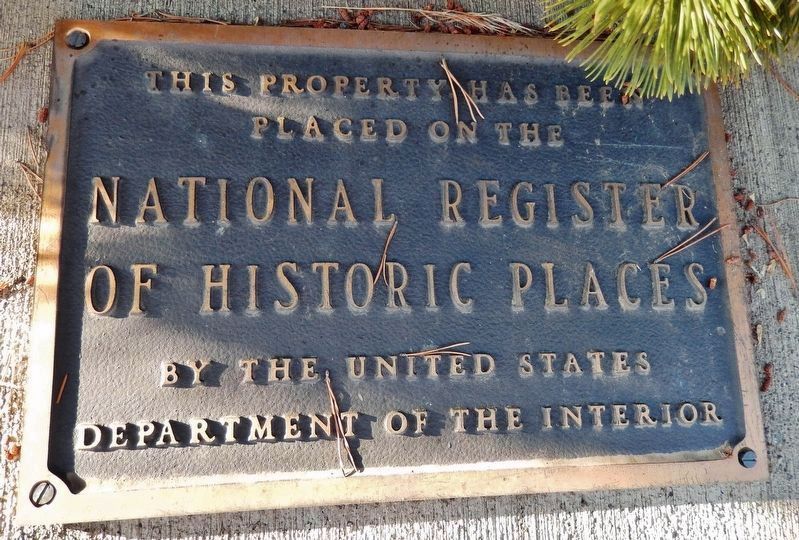