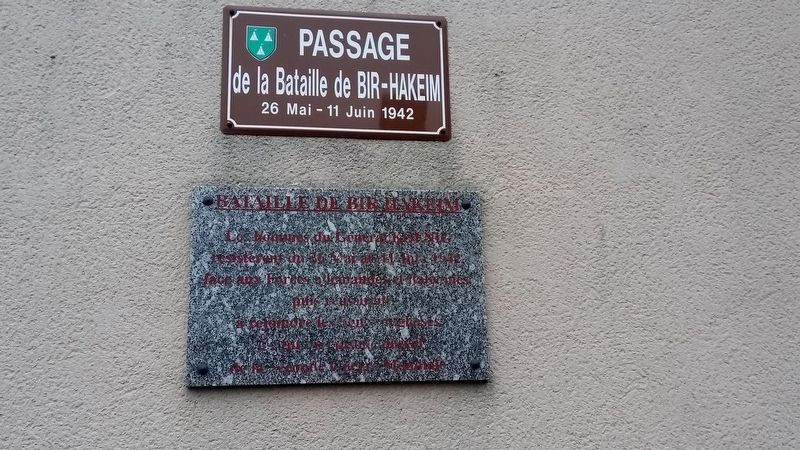 General KOENIG's men put up resistance from May 26 to June 11, 1942, facing the German and Italian forces, and then managed to join the English lines. It was a decisive episode in the Second World War. . This historical marker is in La Châtre in Indre Centre-Val de Loire France