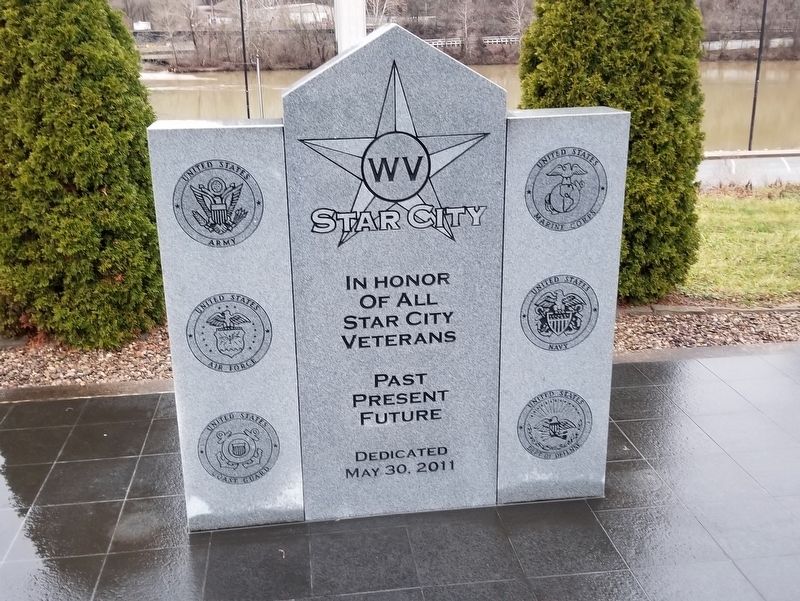 WV
Star City
In Honor
Of All
Star City
Veterans
Past
Present
Future
Dedicated
May 30, 2011

Location. 39° 39.579′ N, 79° 59.457′ W. Marker is in Star City, West Virginia, in Monongalia County. Memorial is at the intersection of Frontier Street and University Avenue, on the left when traveling north on Frontier Street. Located in Edith Barill Riverfront Park. Touch for map. Marker is in this post office area: Morgantown WV 26505, United States of America. Touch for directions. 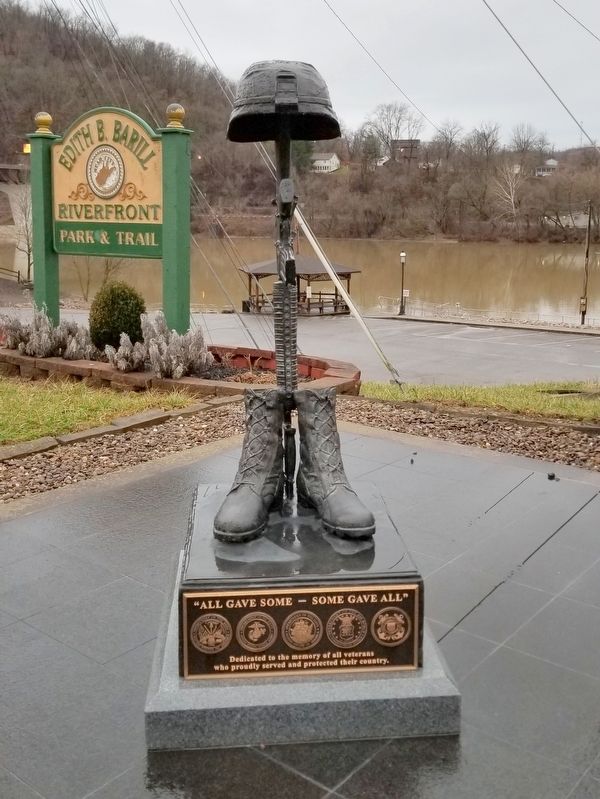 By Michael Herrick, February 24, 2018
2. Star City Veterans Monument
All Gave Some — Some Gave All
Dedicated to the memory of all veterans
who proudly served and protected their country.
• Military • 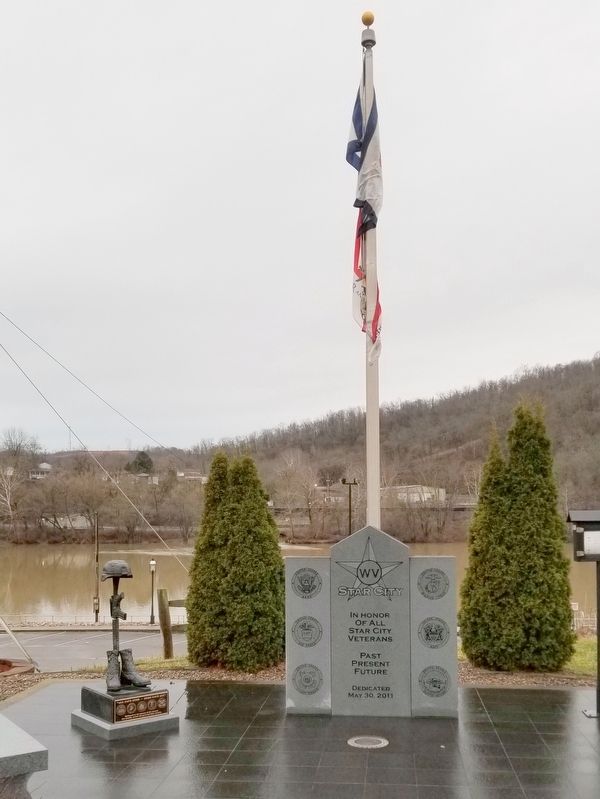