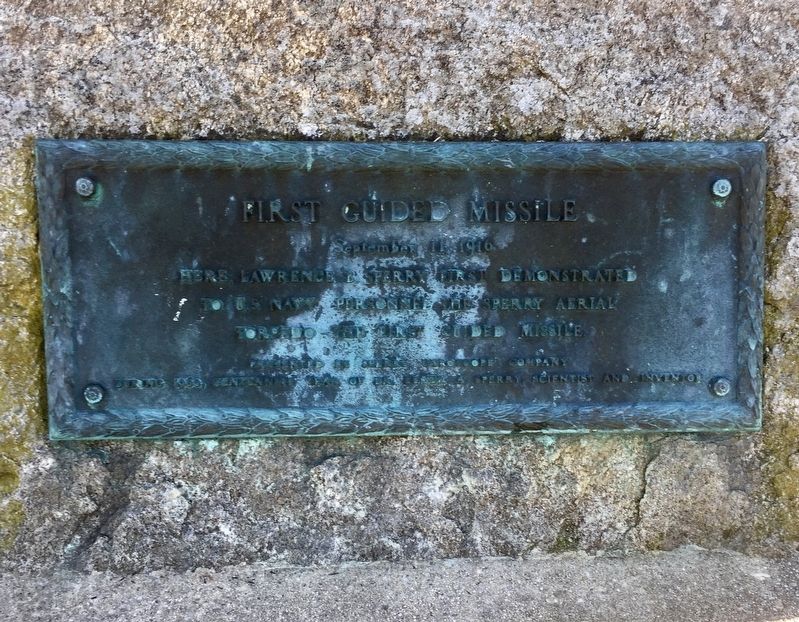 Presented by Sperry Gyroscope Company during 1960, centennial year of Dr. Elmer A. Sperry, scientist and inventor

Other nearby markers. At least 8 other markers are within 2 miles of this marker, measured as the crow flies. Cross-Island Trolley (here, next to this marker); Ireland's Mill (approx. 0.9 miles away); Naomi W. Griffiths (approx. 1.3 miles away); Suffolk County (approx. 1.4 miles away); Thorn Estate 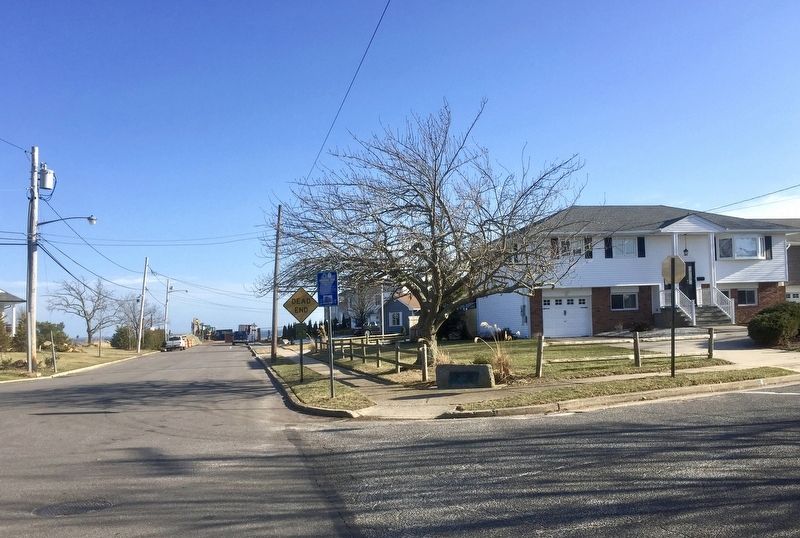 Also see . . .
1. Hewitt-Sperry Automatic Airplane (Wikipedia). "The Hewitt-Sperry Automatic Airplane was a project undertaken during World War I to develop an aerial torpedo, also called a flying bomb or pilotless aircraft, capable of carrying explosives to its target. It is considered by some to be a precursor of the cruise missile....The first test flights of an autopilot-equipped aircraft was in September, 1917, and took place with a human pilot on board to fly the takeoff. By November, the system successfully flew the aircraft to its intended target at a 30-mile (48 km) range, where the distance-measuring gear would drop a bag of sand. Accuracy was within two miles (3 km) of target." (Submitted on March 10, 2018.)

2. Curtiss-Sperry Aerial Torpedo (Cradle of Aviation Museum). "The Sperry Aerial Torpedo tests were the first guided missile program in this country. In 1916, Lawrence Sperry, developer of the autopilot, formed a new company and set up flying operations at an isolated site at Amityville on the Great South Bay. Here, the Navy funded the development of unmanned flying bombs intended to be launched against military targets. Five "Aerial Torpedoes" were then built by the nearby Curtiss Company. A special track and dolly was developed and Aerial Torpedoes were launched by this system with some success. The Aerial Torpedoes were to be loaded with TNT and launched against enemy targets. After a pre-set time the engine would stop and the plane would dive into the target. With the end of World War One however, all experiments with flying bombs came to a halt...." (Submitted on March 10, 2018.)
Credits. This page was last revised on March 10, 2018. It was originally submitted on March 10, 2018, by Andrew Ruppenstein of Sacramento, California. This page has been viewed 141 times since then and 37 times this year. Photos:   1, 2. submitted on March 10, 2018, by Andrew Ruppenstein of Sacramento, California.
Share This Page.