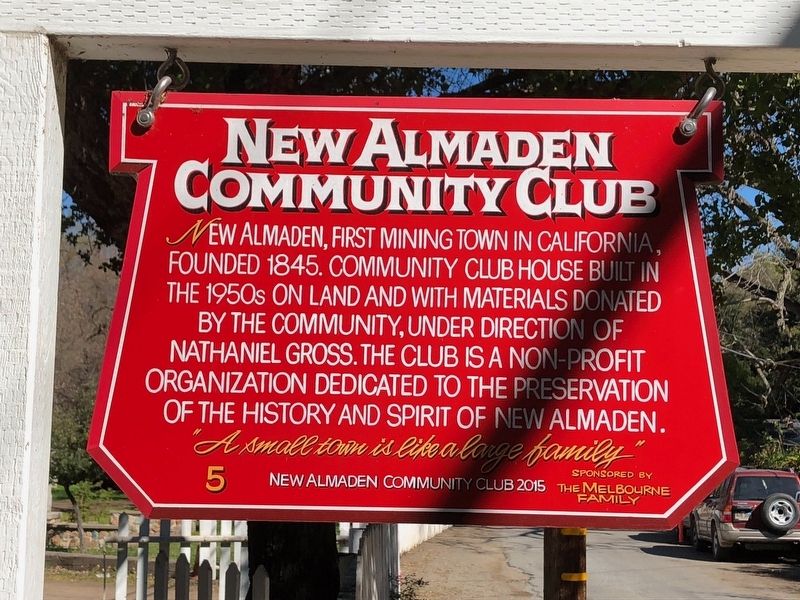 New Almaden, first mining town in California, founded 1845. Community Club House built in 1950s on land and with materials donated by the community, under directions of Nathaniel Gross. The Club is a non-profit organization dedicated to the preservation of the history and spirit of New Almaden. 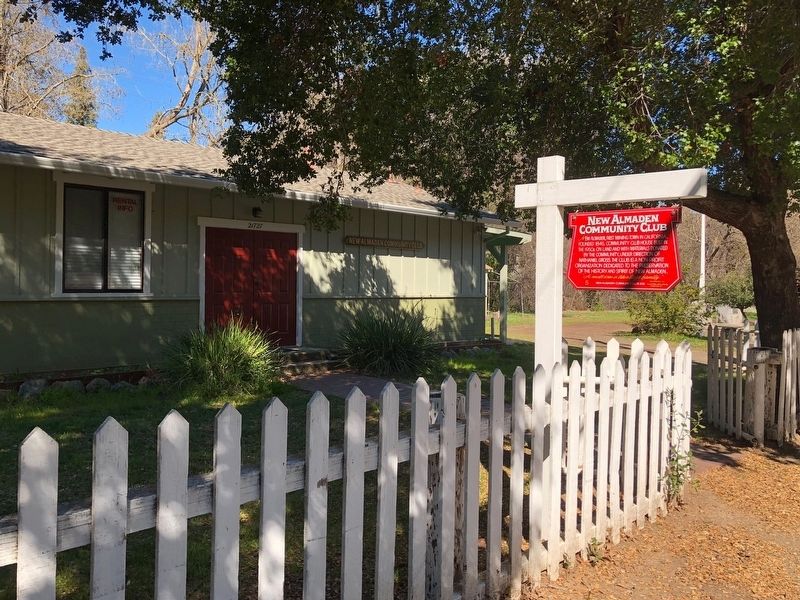