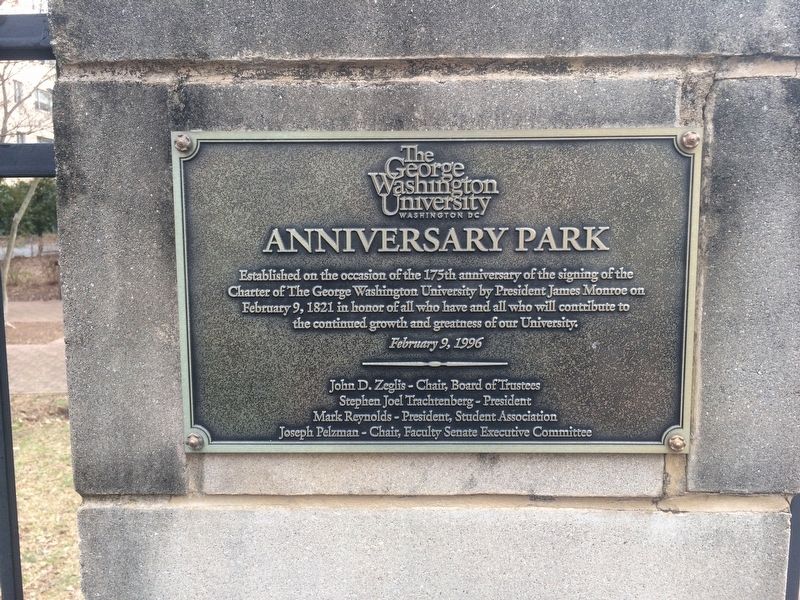 Established on the occasion of the 175th anniversary of the signing of the Charter of The George Washington University by President James Monroe on February 9, 1821 in honor of all who have and all who will contribute to the continued growth and greatness of our University.

Erected 1996 by The George Washington University.

Topics and series. This historical marker is listed in these topic lists: Education • Government & Politics. In addition, it is included in the Former U.S. Presidents: #05 James Monroe series list. A significant historical date for this entry is February 9, 1821. 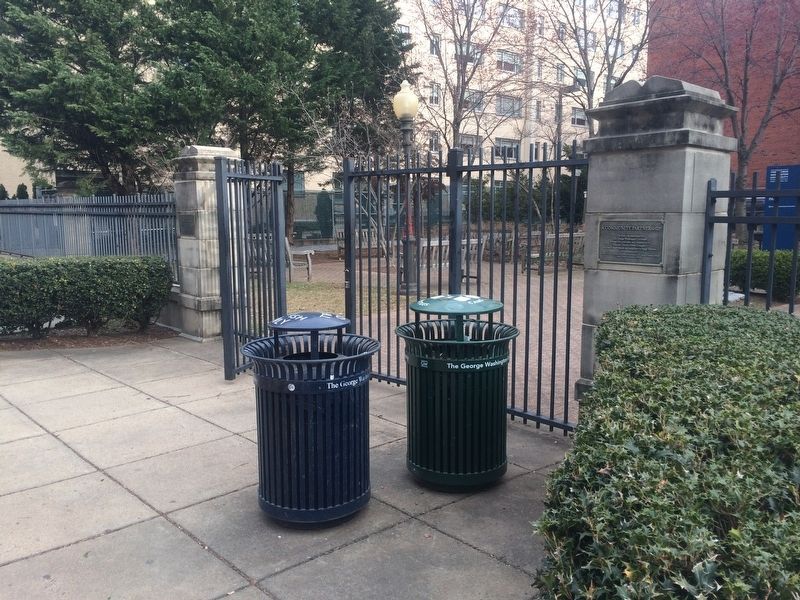 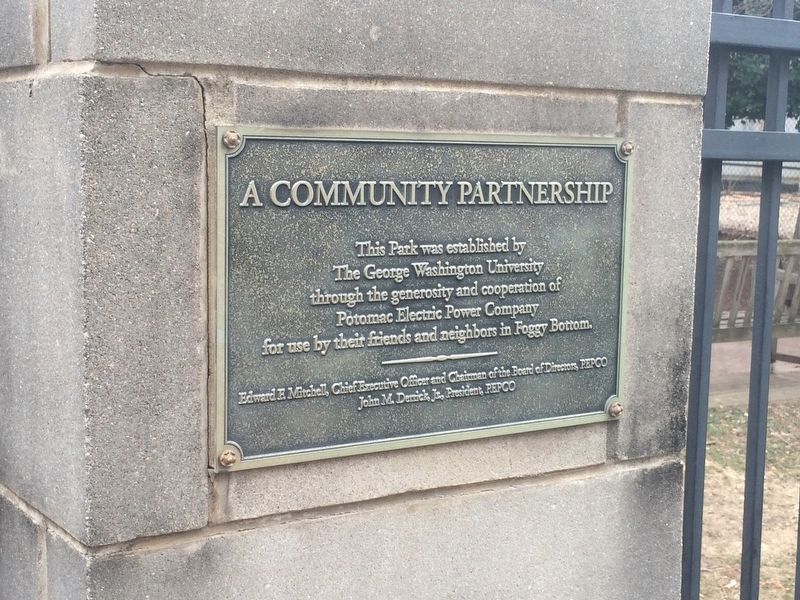 Photographed By Devry Becker Jones, March 14, 2018
3. Sign on the other side of the gate
A Community Partnership

This Park was established by
The George Washington University
through the generosity and cooperation of
Potomac Electric Power Company
for use by their friends and neighbors in Foggy Bottom.