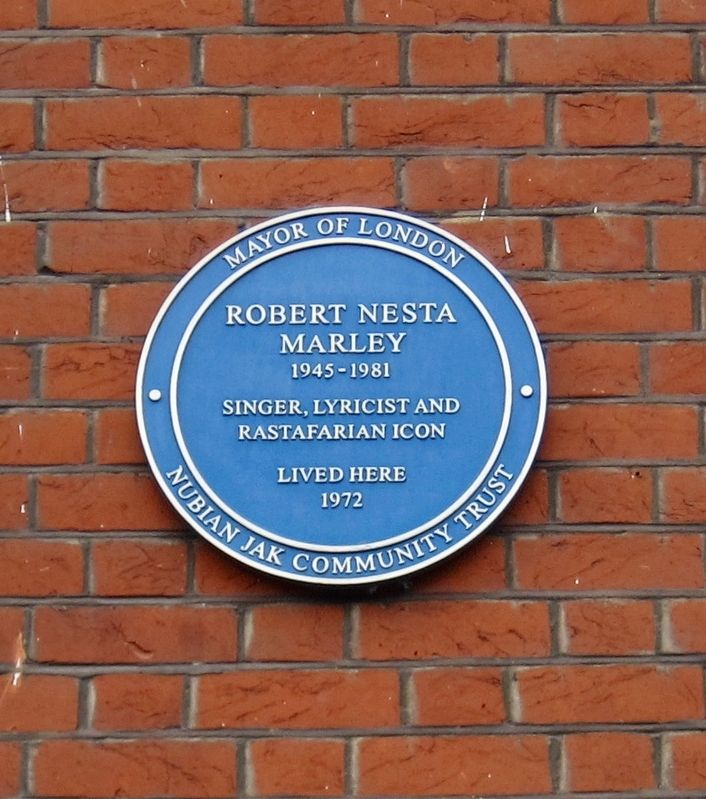 lived here 1972 . . This historical marker was erected in 2006 by Nubian Jak Community Trust, Mayor of London. It is in London Borough of Camden in Greater London County England United Kingdom 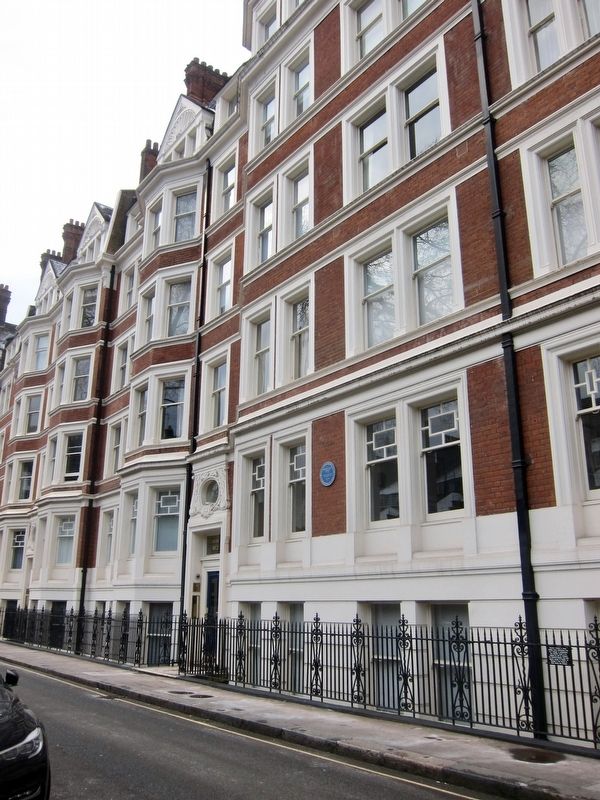 3. Bob Marley (Wikipedia). "Robert Nesta Marley, OM (6 February 1945 – 11 May 1981) was a Jamaican singer-songwriter who became an international musical and cultural icon, blending mostly reggae, ska and rocksteady in his compositions. Starting out in 1963 with the group the Wailers, he forged a distinctive songwriting and vocal style that would later resonate with audiences worldwide. The Wailers would go on to release some of the earliest reggae records with producer Lee "Scratch" Perry....After the Wailers disbanded in 1974, Marley pursued a solo career upon his relocation to England that culminated in the release of the album Exodus in 1977, which established his worldwide reputation and elevated his status as one of the world's best-selling artists of all time, with sales of more than 75 million records...." (Submitted on March 22, 2018.)