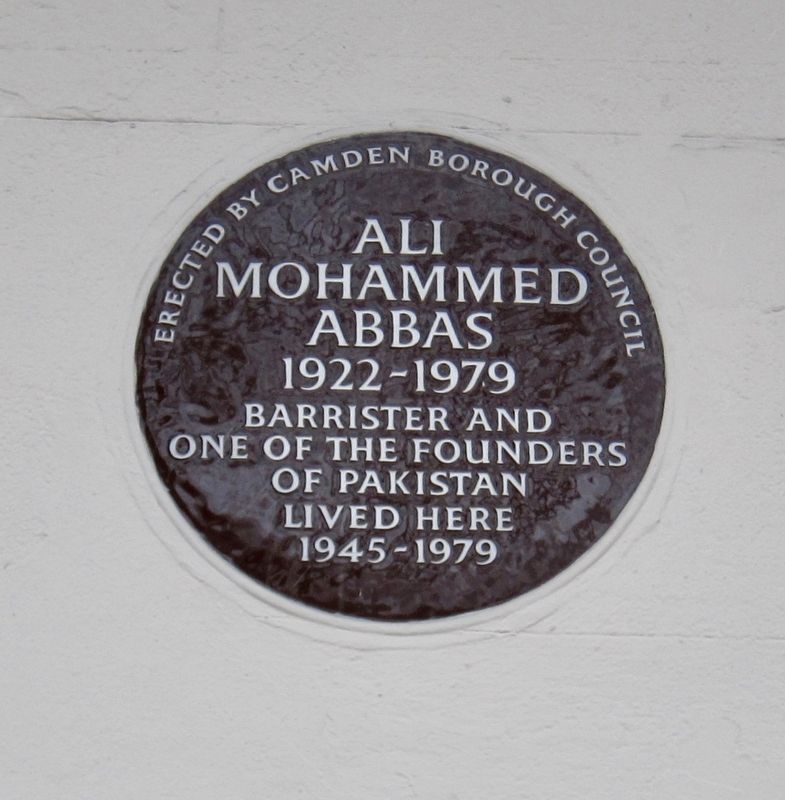 Photographed By Andrew Ruppenstein, March 18, 2018
1. Ali Mohammed Abbas Marker
Inscription.
Ali Mohammed Abbas.
Barrister and one of the founders of Pakistan lived here 1945-1979 . . This historical marker was erected by Camden Borough Council. It is in Camden in Greater London England United Kingdom

Topics. This historical marker is listed in these topic lists: Communications • Education. 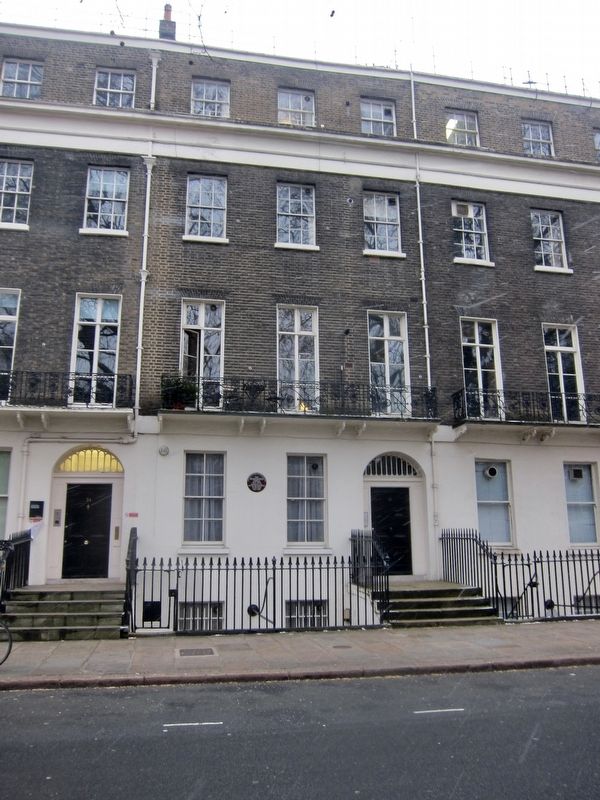 Click or scan to see
this page online
Ali Mohammed Abbas (Making Britain - Open University). "Ali Mohammed Abbas went to London towards the end of the Second World War to study law. He joined the All-India Muslim League in London and edited newspapers (Our Home and the Voice of Pakistan) from London. With the creation of Pakistan on 14 August 1947, Abbas used his flat in Tavistock Square as an unofficial Pakistan embassy until an embassy was set up. He remained in England after independence and practised as a barrister. With the help of local councils, Abbas set up twenty-eight schools all over England to enable Pakistanis to speak, read and write in English." (Submitted on March 23, 2018.)
Credits. This page was last revised on January 27, 2022. It was originally submitted on March 23, 2018, by Andrew Ruppenstein of Sacramento, California. This page has been viewed 310 times since then and 55 times this year. Photos:   1, 2. submitted on March 23, 2018, by Andrew Ruppenstein of Sacramento, California.
Share this page.