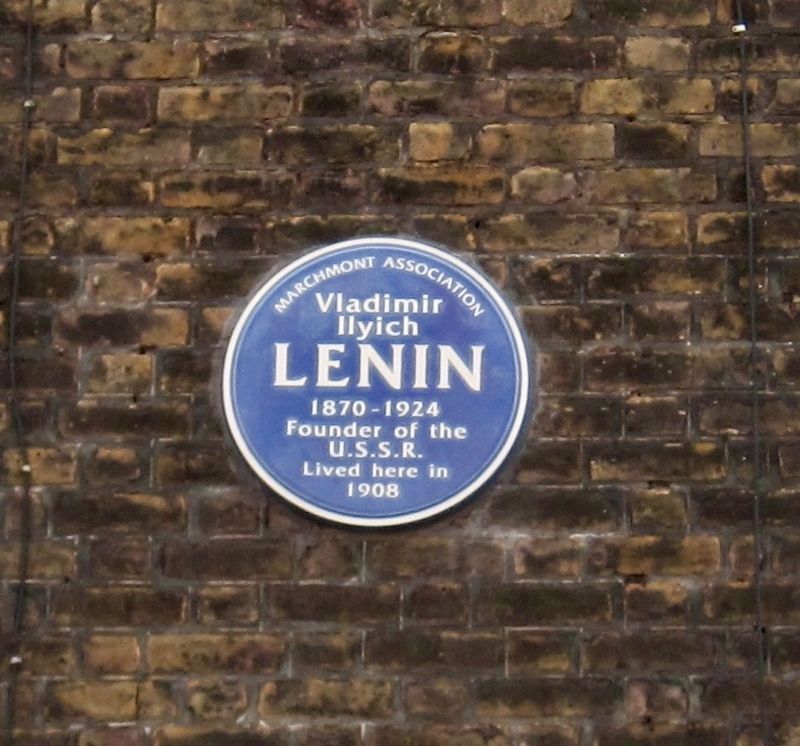 Photographed By Andrew Ruppenstein, March 16, 2018
1. Lenin Marker
Inscription.
Lenin. .
Vladimir Ilyich LENIN 1870-1924 Founder of the U.S.S.R. Lived here in 1908 . . This historical marker was erected in 2012 by Marchmont Association. It is in Camden in Greater London England United Kingdom

Topics and series. This historical marker is listed in this topic list: Government & Politics. In addition, it is included in the England - London - Marchmont Association Plaques series list. A significant historical year for this entry is 1908. 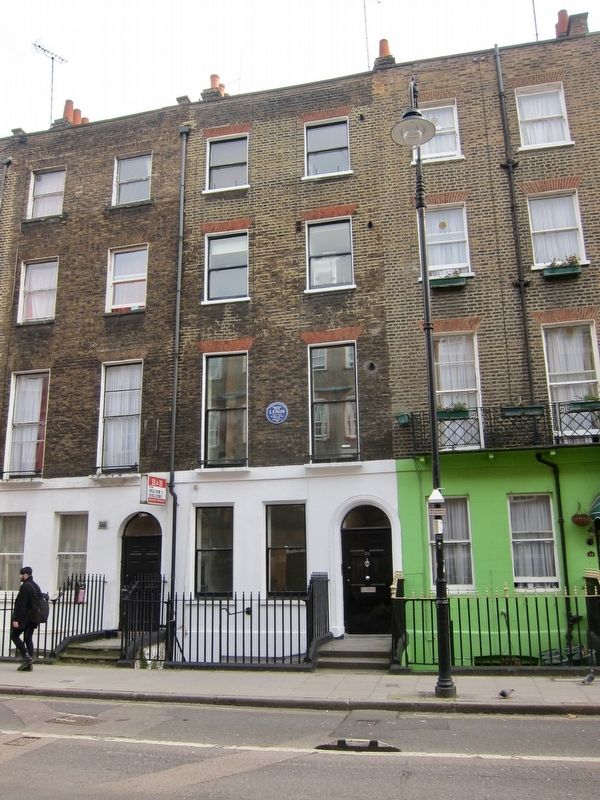 More about this marker. The Marchmont Association indicates on their website that this plaque was unveiled on November 30, 2012.

Also see . . .
1. The London haunts of VI Lenin (BBC, May 8, 2010). (Submitted on March 23, 2018.)
2. Vladimir Lenin (Wikipedia). "Vladimir Ilyich Ulyanov, better known by the alias Lenin (22 April 1870 – 21 January 1924), was a Russian communist revolutionary, politician and political theorist. He served as head of government of Soviet Russia from 1917 to 1924 and of the Soviet Union from 1922 to 1924. Under his administration, Russia and then the wider Soviet Union became a one-party communist state governed by the Russian Communist Party. Ideologically a Marxist, he developed political theories known as Leninism....Widely considered one of the most significant and influential figures of the 20th century, Lenin was the posthumous subject of a pervasive personality cult within the Soviet Union until its dissolution in 1991. He became an ideological figurehead behind Marxism–Leninism and thus a prominent influence over the international communist movement. A controversial and highly divisive individual, Lenin is viewed by supporters as a champion of socialism and the working class, while critics on both the left and right emphasize his role as founder and leader of an authoritarian regime responsible for political repression and mass killings....In May 1908, Lenin lived briefly in London, where he used the British Museum Reading Room to write Materialism and Empirio-criticism, an attack on what he described as the "bourgeois-reactionary falsehood" of Bogdanov's relativism." (Submitted on March 23, 2018.)