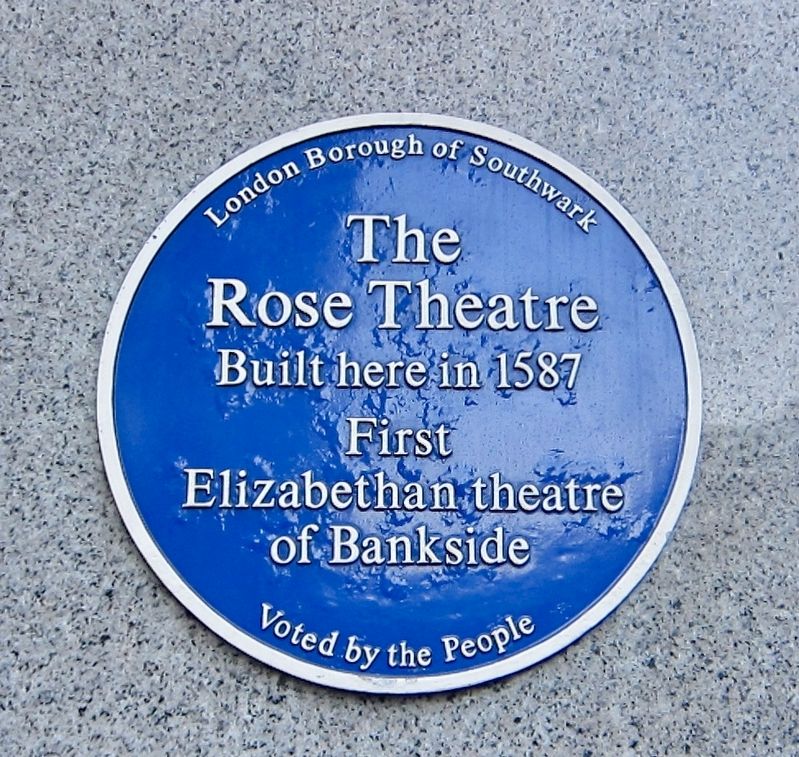 Voted by the People

Erected 2005 by London Borough of Southwark. 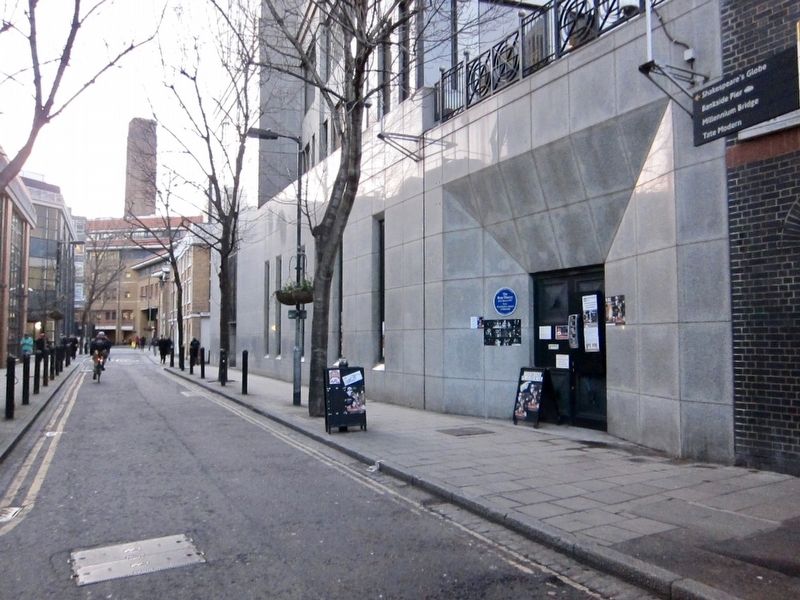 Also see . . .
1. Rose Theatre to gain a Southwark blue plaque (London SE1). Describing the Rose as "historically the most important theatre site in London", actor Sir Ian McKellen expressed his delight that the site is to be marked by a plaque: "I remember the excitement felt internationally by academics, theatre-goers and actors like myself who appreciated at last seeing the evidence of the first flowering of English drama over four hundred years ago. The remains of the building where Shakespeare and Marlowe learnt their craft deserves a plaque more than any other I can think of." (Submitted on March 24, 2018.)

2. Our History (The Rose Playhouse). The Rose’s well-preserved archaeology was discovered in 1989 during a routine exploratory excavation held in the interval between site clearance and re-development of an office block. The Rose became a major international news story, and the site attracted many thousands of visitors. A campaign to ‘Save the Rose’ and protect it from redevelopment was launched with enthusiastic support from actors (including the dying Lord Olivier, who gave his last public speech on behalf of the Rose), scholars and the general public. (Submitted on March 24, 2018.)
Credits. This page was last revised on July 24, 2018. It was originally submitted on March 24, 2018, by Andrew Ruppenstein of Sacramento, California. This page has been viewed 53 times since then and 7 times this year. Photos:   1, 2. submitted on March 24, 2018, by Andrew Ruppenstein of Sacramento, California.
Share This Page.