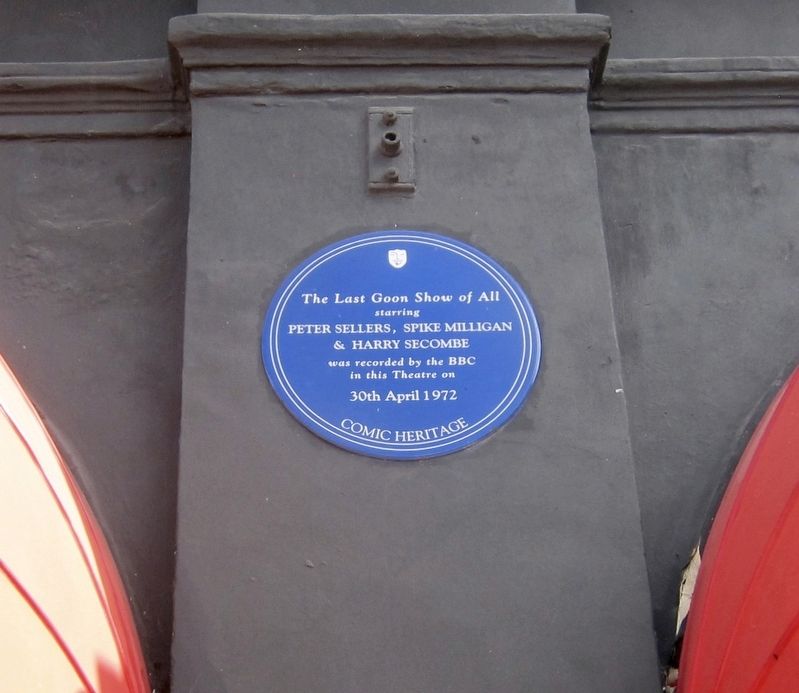 By Andrew Ruppenstein, March 16, 2018
1. The Last Goon Show Marker
Inscription.
The Last Goon Show. .
The Last Goon Show of All starring Peter Sellers, Spike Milligan & Harry Secombe was recorded by the BBC in this Theatre on 30th April 1972. . This historical marker was erected by Comic Heritage. It is in London Borough of Camden in Greater London County England United Kingdom

The Last Goon Show of All
starring
Peter Sellers, Spike Milligan
& Harry Secombe
was recorded by the BBC
in this Theatre on 30th April 1972 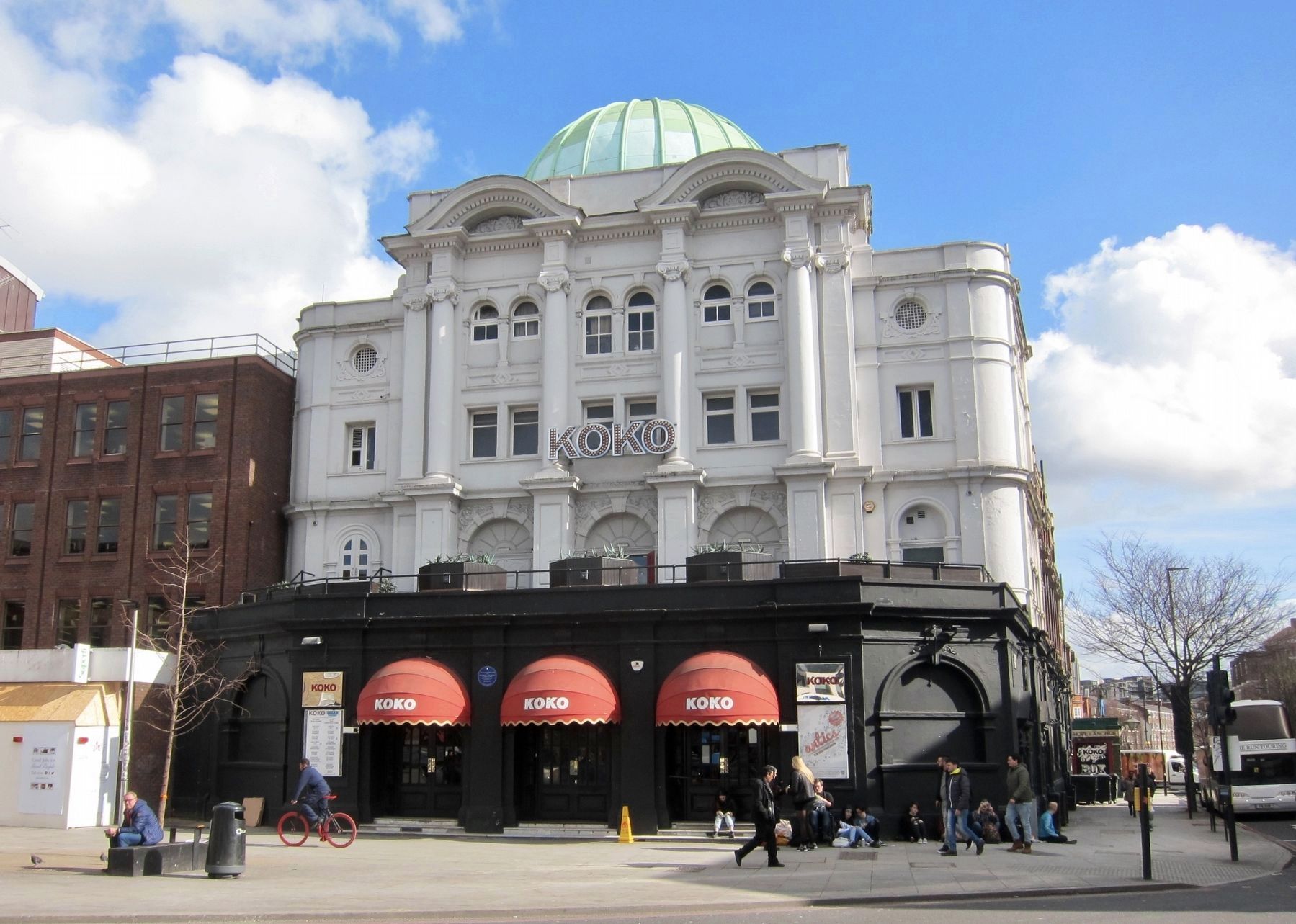 By Andrew Ruppenstein, March 16, 2018
2. The Last Goon Show Marker - Wide View
"The Goon Show was a British radio comedy programme, originally produced and broadcast by the BBC Home Service from 1951 to 1960, with occasional repeats on the BBC Light Programme. The first series broadcast from 28 May to 20 September 1951, was titled Crazy People; subsequent series had the title The Goon Show, a title inspired, according to Spike Milligan, by a Popeye character....The show's chief creator and main writer was Spike Milligan. The scripts mixed ludicrous plots with surreal humour, puns, catchphrases and an array of bizarre sound effects. Some of the later episodes feature electronic effects devised by the fledgling BBC Radiophonic Workshop, many of which were reused by other shows for decades. Many elements of the show satirised contemporary life in Britain, parodying aspects of show business, commerce, industry, art, politics, diplomacy, the police, the military, education, class structure, literature and film....The show was released internationally through the BBC Transcription Services (TS). It was heard regularly from the 1950s in Australia, South Africa, New Zealand, India and Canada, although these TS versions were frequently edited to avoid controversial subjects. NBC began broadcasting the programme on its radio network from the mid-1950s. The programme exercised a considerable influence on the development of British and American comedy and popular culture. It was cited as a major influence by The Beatles and the American comedy team The Firesign Theatre as well as Monty Python and many others." - Wikipedia
away); St. Pancras Old Church (approx. 0.6 kilometers away); Euston War Memorial (approx. 0.9 kilometers away); Henry Mayhew (approx. one kilometer away). Touch for a list and map of all markers in London Borough of Camden.