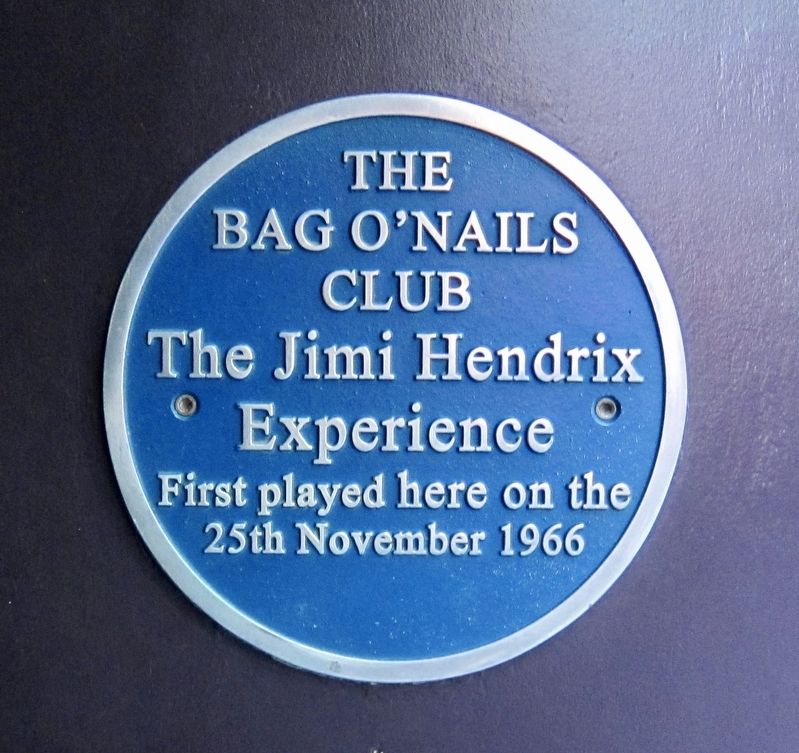 Topics. This historical marker is listed in these topic lists: Arts, Letters, Music • Entertainment. A significant historical date for this entry is November 25, 1966. 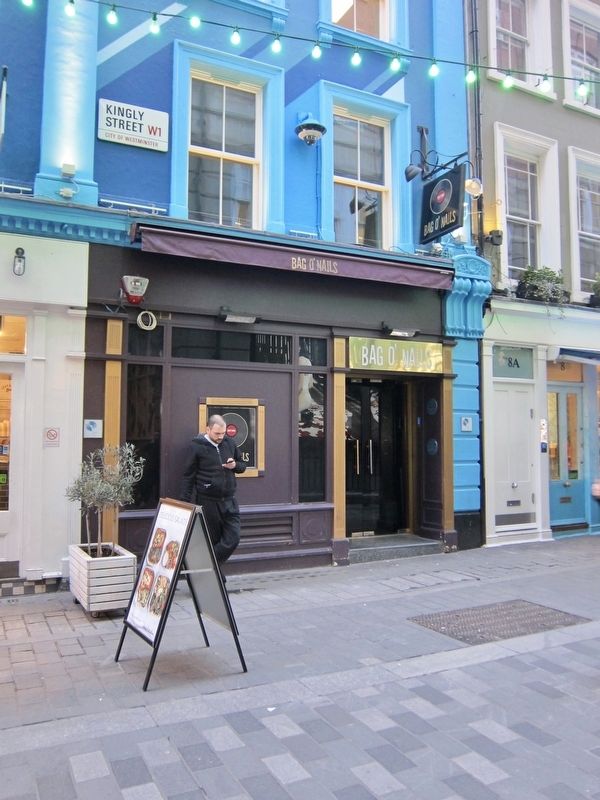 Photographed By Andrew Ruppenstein, March 15, 2018
2. The Jimi Hendrix Experience Marker
The marker is visible here on the right side of the doorway, just below the Paul McCartney plaque.