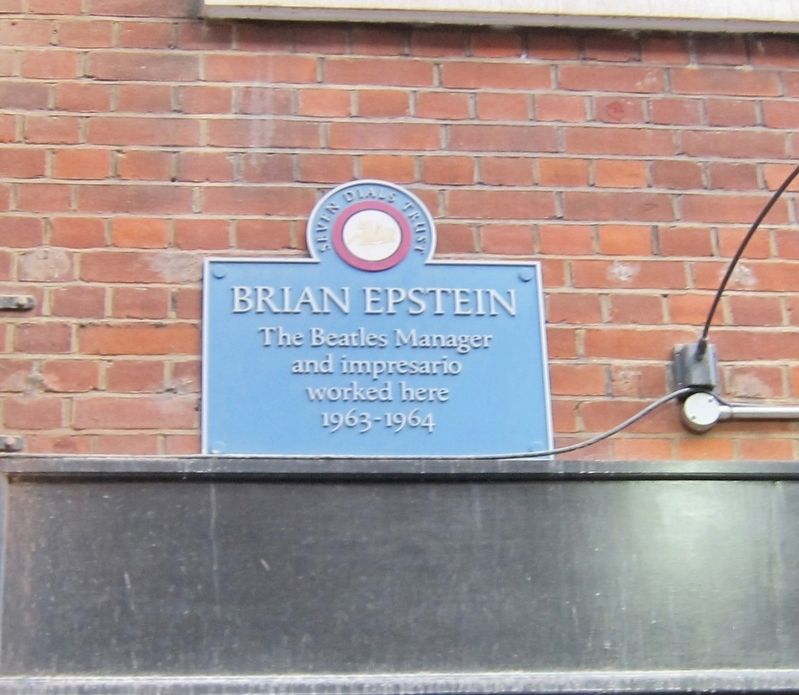 Topics and series. This historical marker is listed in these topic lists: Arts, Letters, Music • Entertainment • Industry & Commerce. In addition, it is included in the The Beatles series list. 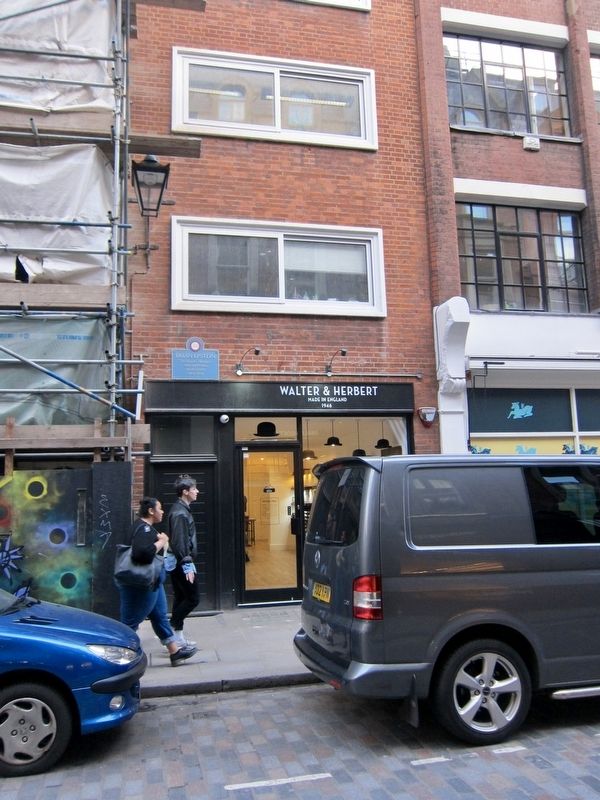 By Andrew Ruppenstein, March 16, 2018
2. Brian Epstein Marker - Wide View
(approx. 0.2 kilometers away); The Three Greyhounds (approx. 0.3 kilometers away). Touch for a list and map of all markers in London Borough of Camden.

Also see . . .
1. The Life of Brian: Brian Epstein (BrianEpstein.com). (Submitted on March 27, 2018.)
2. Brian Epstein (Wikipedia). "Brian Samuel Epstein (19 September 1934 – 27 August 1967) was an English music entrepreneur who managed the Beatles. Epstein first discovered the Beatles in November 1961 during a lunchtime performance at The Cavern Club. He was instantly impressed and saw great potential in the group. Epstein was rejected by nearly all major recording companies in London, until he secured a meeting with George Martin, head of EMI's Parlophone label. In May 1962, Martin agreed to sign the Beatles, partly because of Epstein's conviction that the group would become internationally famous." (Submitted on March 27, 2018.)
Credits. This page was last revised on July 22, 2020. It was originally submitted on March 27, 2018, by Andrew Ruppenstein of Sacramento, California. This page has been viewed 71 times since then and 10 times this year. Photos:   1, 2. submitted on March 27, 2018, by Andrew Ruppenstein of Sacramento, California.
Share This Page.