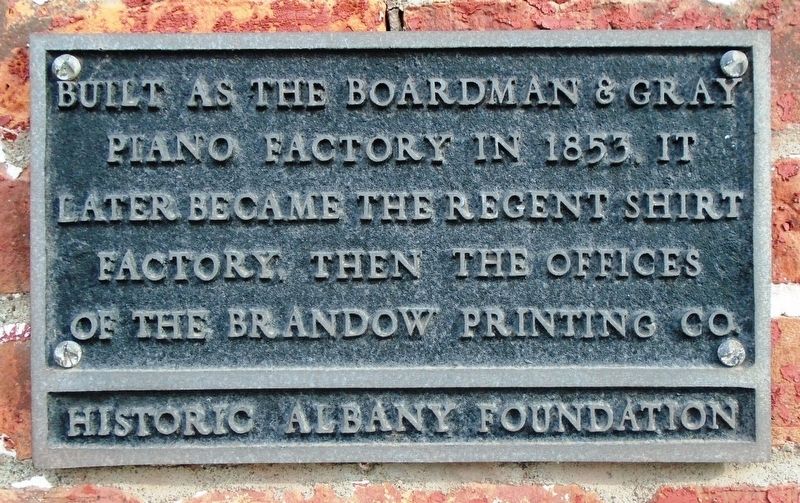 Built as the Boardman & Gray Piano Factory in 1853,
it later became the Regent Shirt Factory, then the
offices of the Brandow Printing Co.

Location. 42° 39.637′ N, 73° 44.709′ W. Marker is in Albany, New York, in Albany County. Marker is at the intersection of Broadway and Ferry Street, on the right when traveling east on Broadway. Touch for map. Marker is in this post office area: Albany NY 12207, United States of America. Touch for directions. 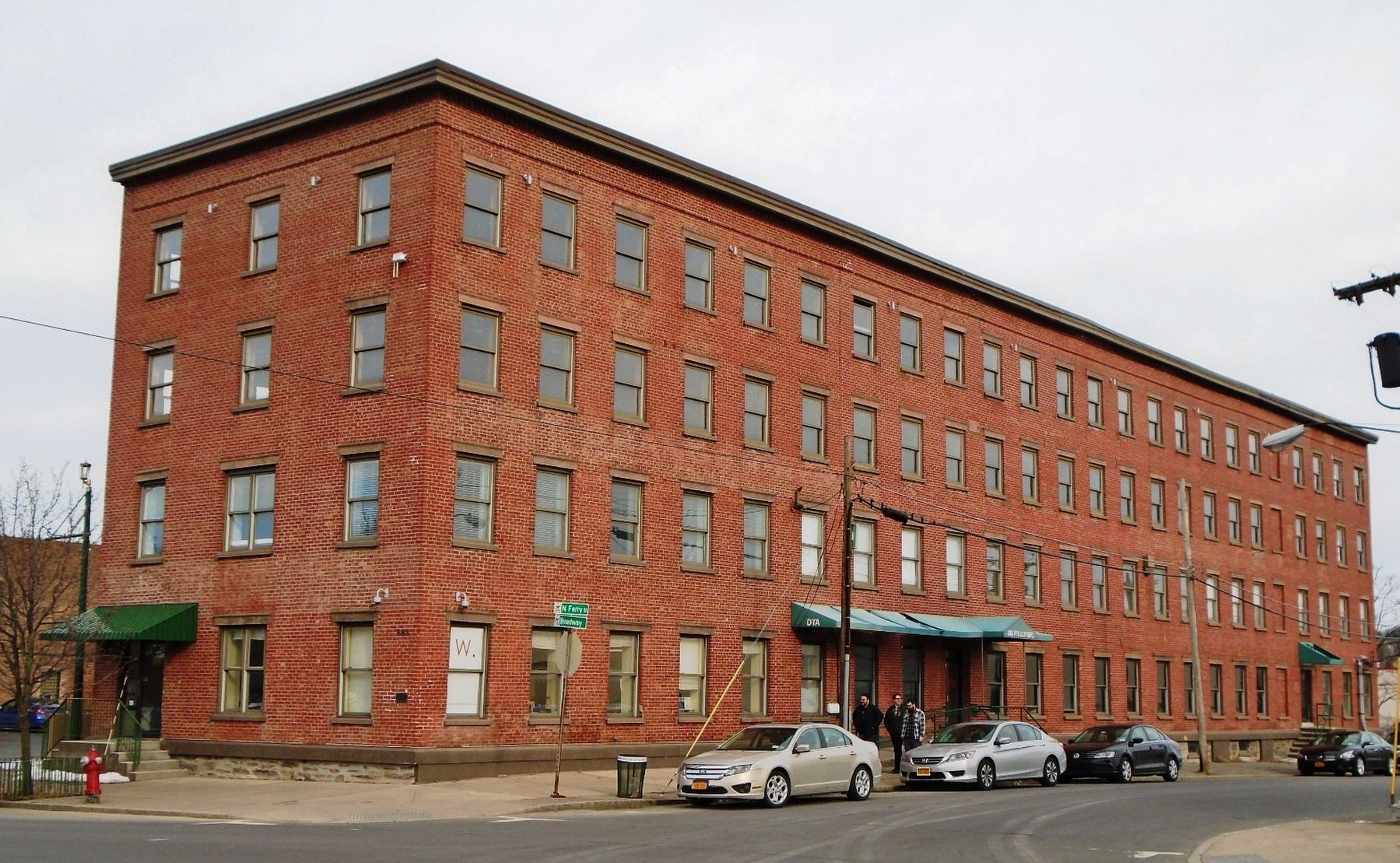