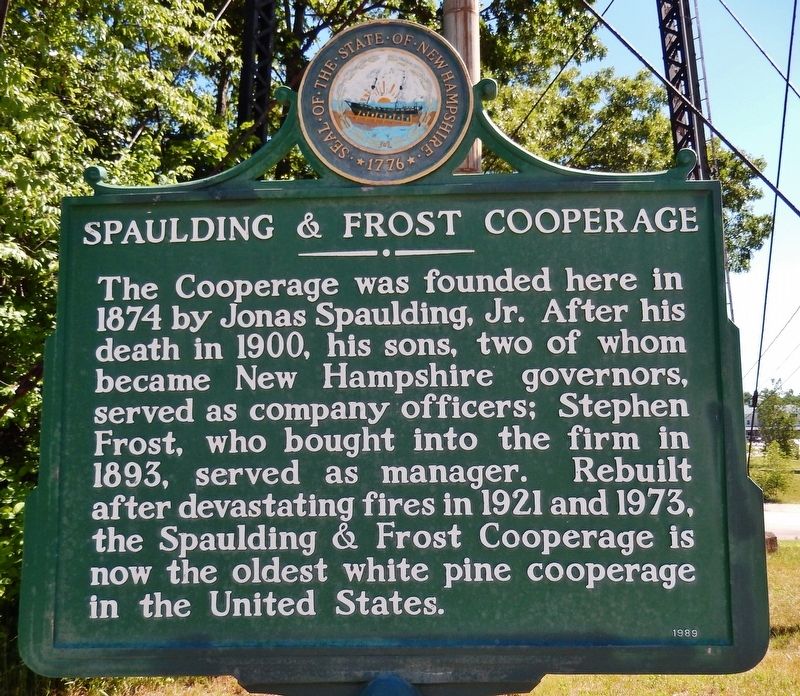 The Cooperage was founded here in 1874 by Jonas Spaulding, Jr. After his death in 1900 his sons, two of whom became New Hampshire governors, served as company officers; Stephen Frost, who bought into the firm in 1893, served as manager. Rebuilt after devastating fires in 1921 and 1973, the Spaulding and Frost Cooperage is now the oldest white pine cooperage in the United States.

Topics. This historical marker is listed in these topic lists: Disasters • Industry & Commerce. A significant historical year for this entry is 1874.

Location. 42° 59.362′ N, 71° 8.339′ W. Marker is in Fremont, New Hampshire, in Rockingham County. Marker is on Main Street (New Hampshire Route 107) north of Spaulding Road, on the right when traveling north. Marker is located near the base of a large, old, rustic, water tower. Touch for map. Marker is at or near this postal address: 320 Main Street, Fremont NH 03044, United States of America. Touch for directions.

Other nearby markers. At least 8 other markers are within 6 miles of this marker, measured as the crow flies. Historic Black Rocks Village / Historic Fremont, N.H.-Olde Poplin (about 600 feet away, measured in a direct line); 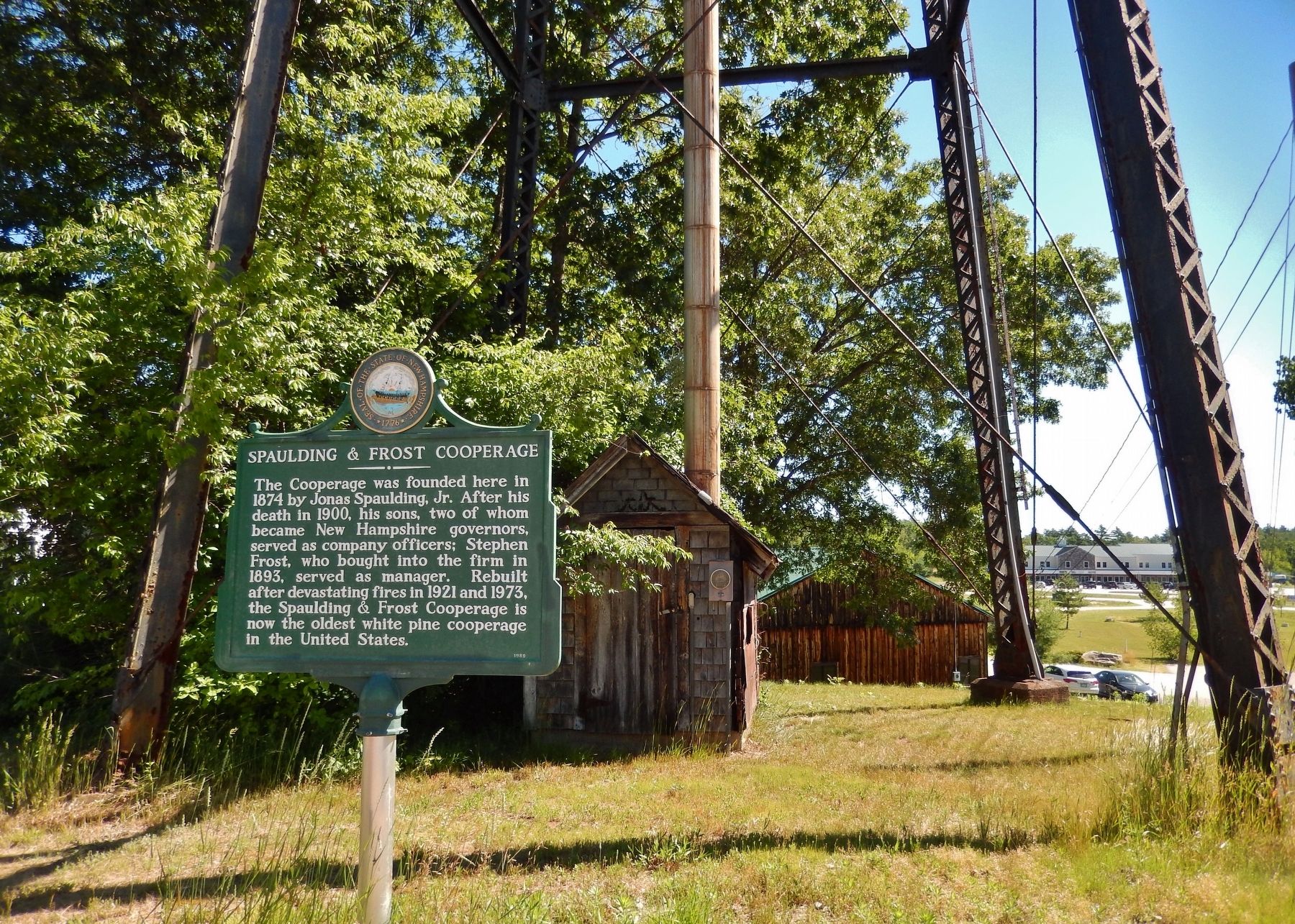 Also see . . .  The Spaulding & Frost Cooperage in Fremont, NH.
The Spaulding and Frost Cooperage located in Fremont, NH is one of the oldest and largest cooperages on the continent. Jonas Spaulding Jr., a self-made entrepreneur was an already successful cooper in his home town of Townsend Harbor, Massachusetts. Jonas came to Fremont in search of lumber. He found what he was looking for and more. Jonas found an abundance of white pine in Fremont. He also learned that the railroad was soon to come to Fremont, making it an ideal place for a business. (Submitted on April 1, 2018, by Cosmos Mariner of Cape Canaveral, Florida.) 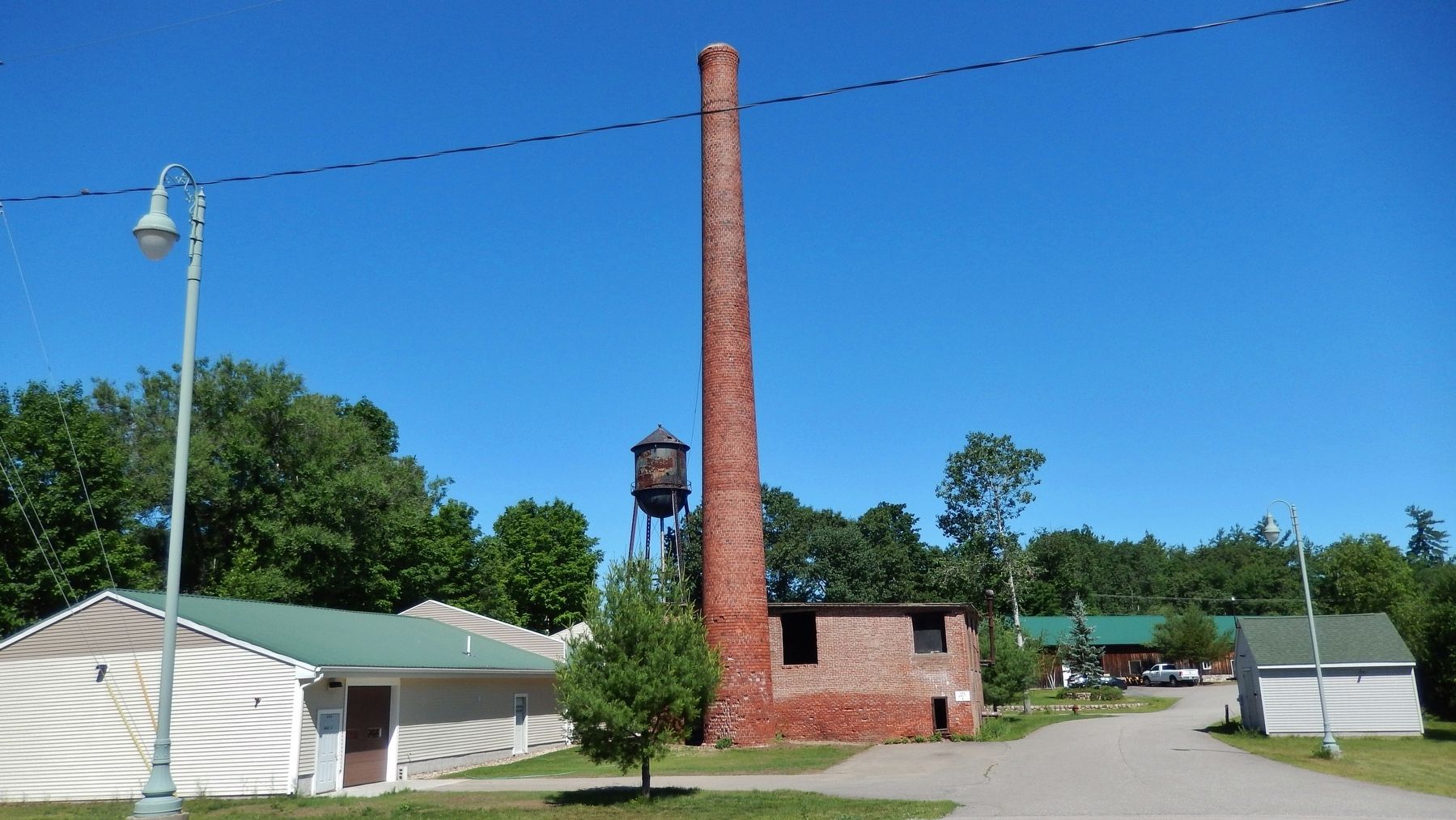 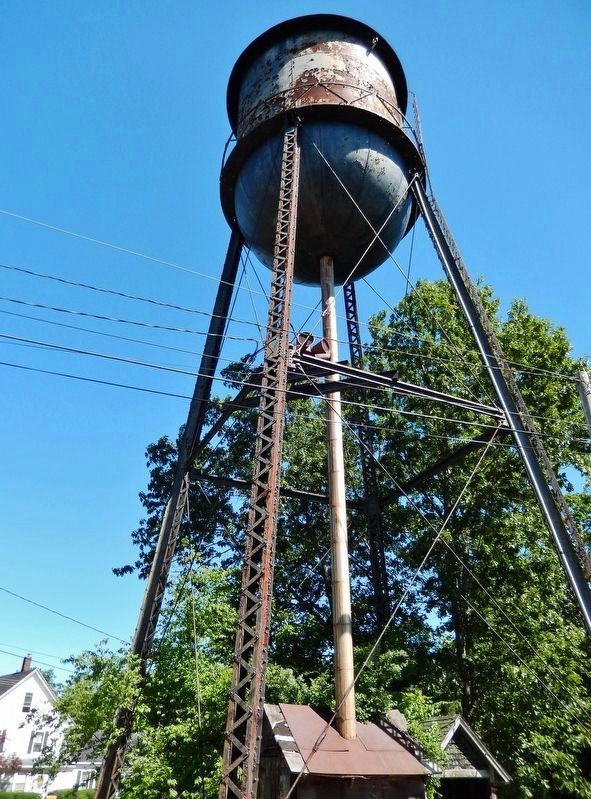