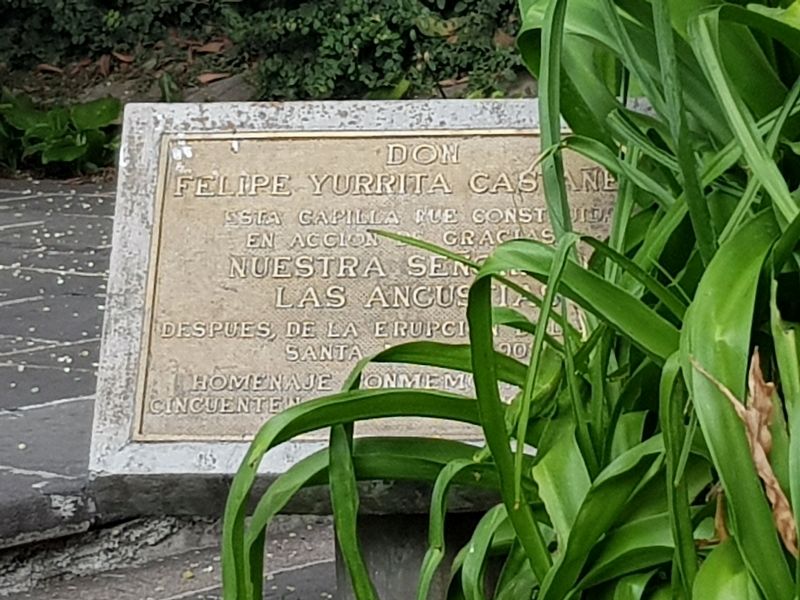 By J. Makali Bruton, March 19, 2018
1. The Chapel of Nuestra Señora de las Angustias Marker
Unfortunately the church grounds were closed at the time of this photo and a complete view of the marker was not possible.
Inscription.
English translation:
Felipe Yurrita Castañeda This chapel was constructed as a way of giving thanks to Our Lady of Anguish after the 1902 eruption of Santa María Volcano Tribute on the 50th Anniversary. . This historical marker is in Guatemala City in Municipality of Guatemala Guatemala