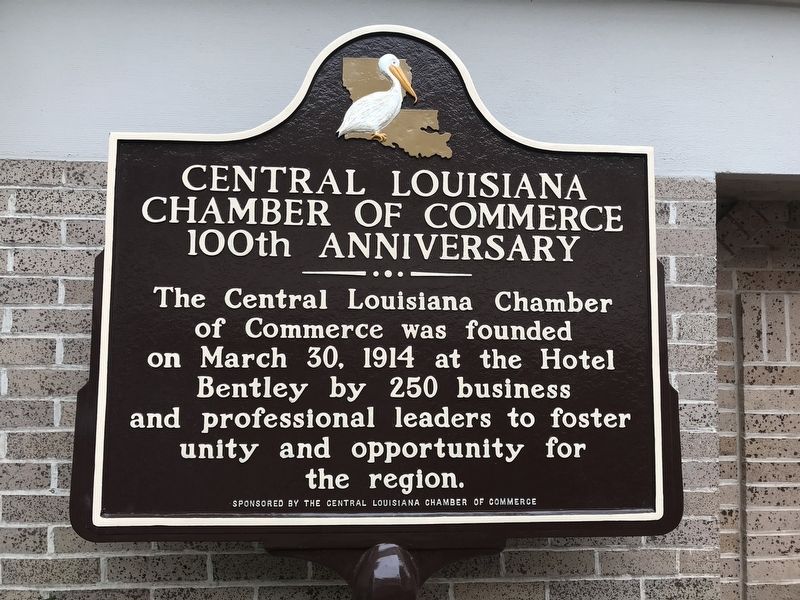 The Central Louisiana Chamber of Commerce was founded on March 30, 1914 at the Hotel Bentley by 250 business and professional leaders to foster unity and opportunity for the region.

Erected by The Central Louisiana Chamber of Commerce. 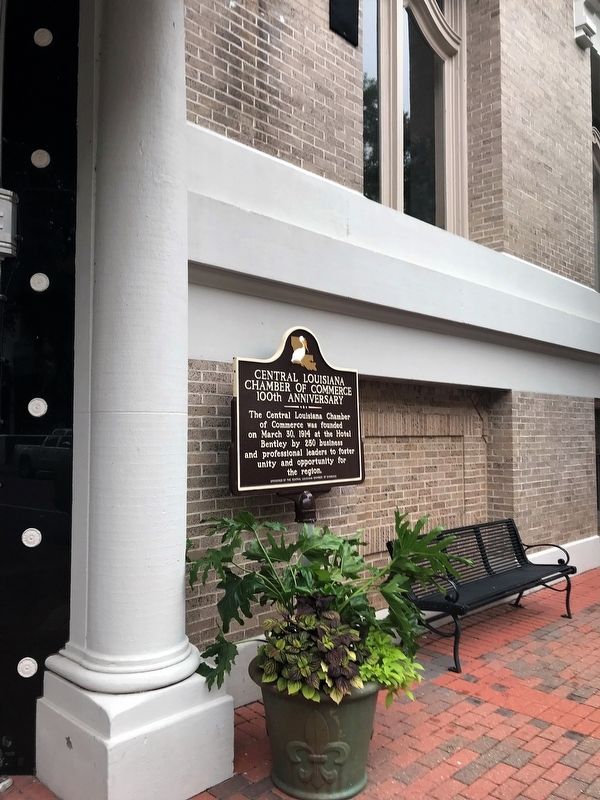