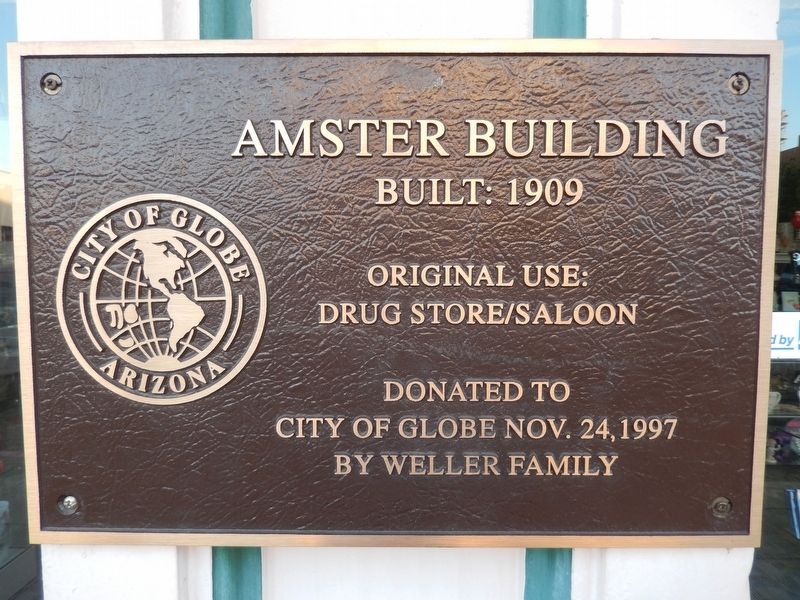 By Cosmos Mariner, June 10, 2014
1. Amster Building Marker
Inscription.
Amster Building. .
Built: 1909 Original use: Drug Store / Saloon Donated to City of Globe Nov. 24, 1997 By Weller Family . . This historical marker was erected in 1997 by City of Globe Arizona. It is in Globe in Gila County Arizona

Erected 1997 by City of Globe Arizona.

Location. 33° 23.764′ N, 110° 47.246′ W. Marker is in Globe, Arizona, in Gila County. Marker is on North Broad Street north of West Oak Street, on the left when traveling north. Marker is a metal plaque mounted at eye level on the Amster Building center pillar, facing broad street. Touch for map. Marker is at or near this postal address: 100 North Broad Street, Globe AZ 85501, United States of America. Touch for directions. 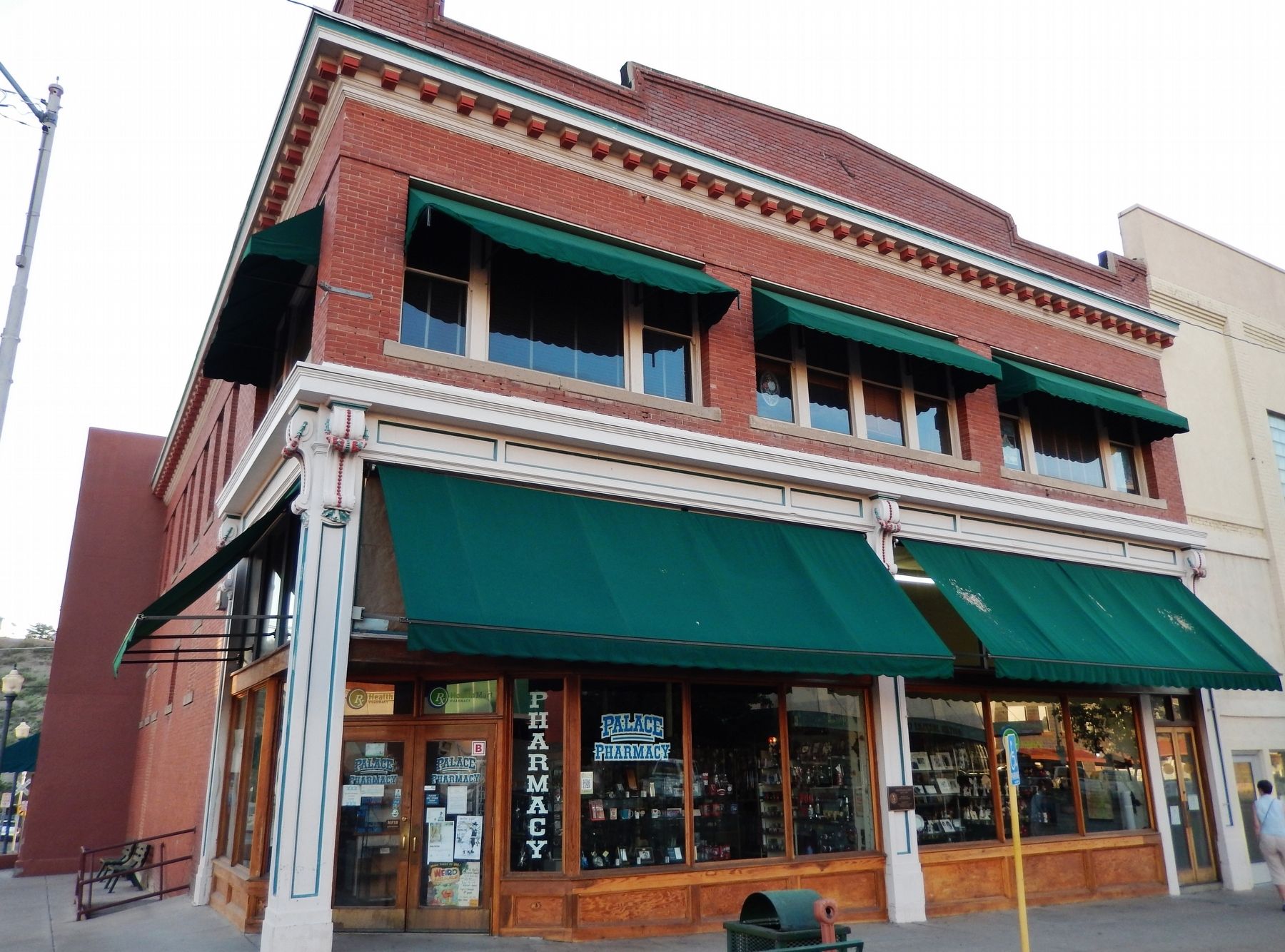 By Cosmos Mariner, June 10, 2014
2. Amster Building (marker is visible on pillar near center)
(about 400 feet away, measured in a direct line); Site of Sheriff Thompson's Home (about 800 feet away); From Globe to Governor (approx. 0.2 miles away); The Hanging Tree (approx. ¼ mile away). Touch for a list and map of all markers in Globe.

Also see . . .
1. Amster Building: An anchor of Globe’s Historic Downtown.
(This link presents an early picture of the building, including horse-drawn wagons in front, where Broad Street is today.)
This handsome brick building on the corner of Oak and Broad was constructed in 1906 by Nathan Amster who came to Globe in 1896 from his native Romania where his major interest was in mining. Amster quickly became involved in the growing community when he bonded the Continental Mine west of Globe. His two-story building’ on Broad street was a culmination of several investments Nathan Amster made in downtown and was designed to reflect his prominence in the mining industry and Globe community. The fired red brick building was designed in the vernacular Georgian revival style. Large awnings were added to provide cooling. (Submitted on April 8, 2018, by Cosmos Mariner of Cape Canaveral, Florida.)

2. Amster Building Included in Globe Downtown Historic District.
The Globe Downtown Historic District encompasses a group of commercial, religious, and governmental buildings related to the status of Globe as the economic and governmental center of Gila County. Globe was designated as the County Seat of Gila County and grew into the primary economic and commercial center of the Globe mining region. Primary growth of the community occurred between 1880 and 1935, which is considered the period of significance for the district. (Submitted on April 8, 2018, by Cosmos Mariner of Cape Canaveral, Florida.)