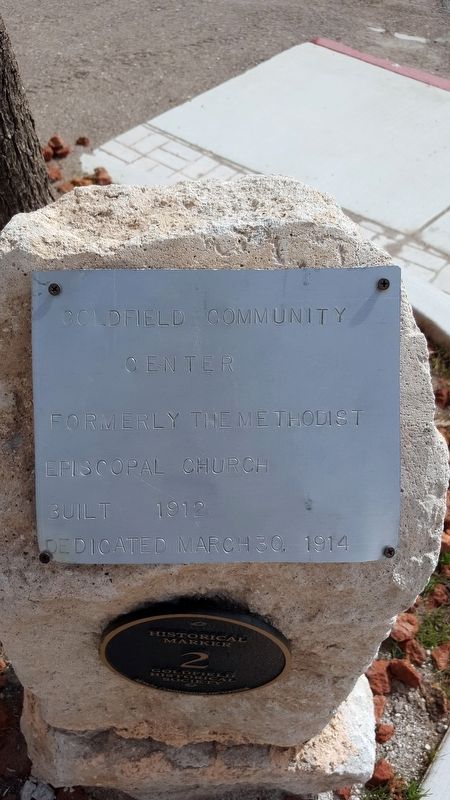 Topics. This historical marker is listed in this topic list: Churches & Religion. A significant historical date for this entry is March 30, 1914. 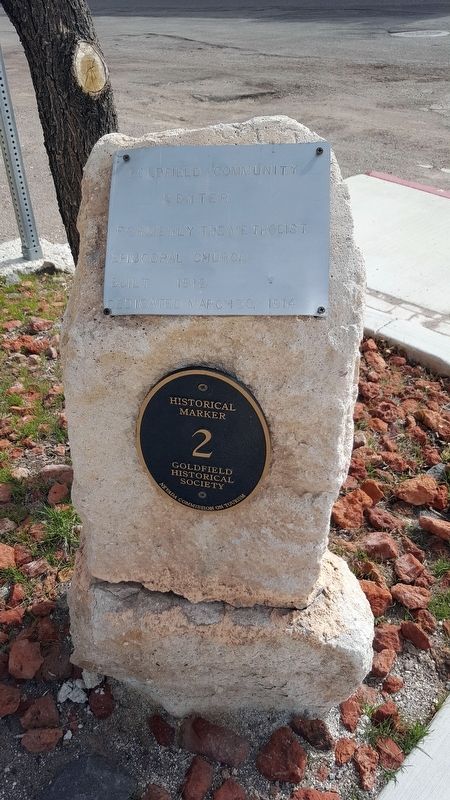 Click or scan to see
this page online
This former church is one of many contributing buildings as part of the Goldfield Historic District that was listed in the National Register of Historic Places (NRHP) in 1982. The NRHP Nomination Form highlights the significance of this building and reads:

The First M. E. Church of Goldfield is a single story building, rectangular in plan, covered with a moderately pitched gable roof. The structure is articulated by a square corner bell tower which rises to a height of 30 feet. A double entry at the base of the tower provides access to the vestibule. The tower features a corbelled and crenelated parapet, and two rectangular louvered openings at the second level. The major window at the east gable wall is a large pointed arch opening designed in the Gothic Revival tradition with stained glass panes. Both entries at the tower are also pointed arched, although the original topiights and door leaves have been boarded over or replaced. Two pairs of double hung sash windows occur on the north and south walls. Aside from the bell tower, the other noteworthy feature of the church is the use of concrete blocks in its construction. These blocks were formed with a rusticated face to simulate stone construction. The church has been maintained and retains a high degree of original integrity.

The First M.E. Church of Goldfield is significant primarily for its architectural 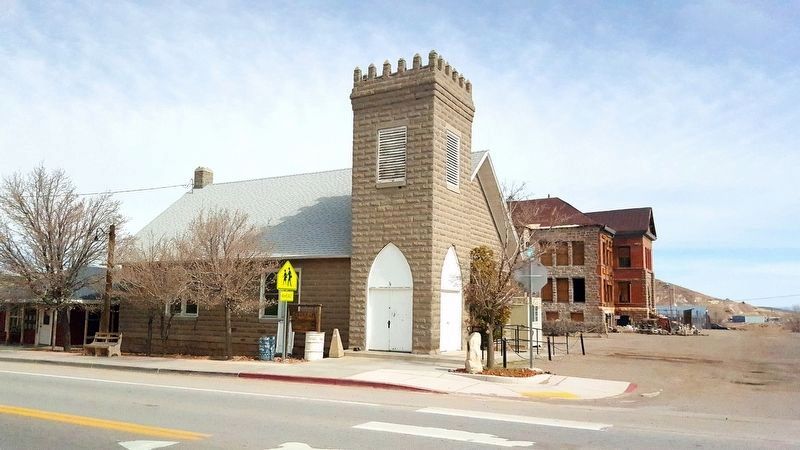 Photographed By Douglass Halvorsen, March 31, 2018
3. Former Methodist Episcopal Church
design and use of materials. The church was incorporated in Goldfield in June 1908 and until 1912 the congregation assembled in various locations such as the Carpenters Union Hall and Ladies Aid Hall. This building was completed in 1912 and was the first permanent structure owned by the church.

The significance of the building is derived mostly from its method of construction as being the only rusticated concrete block building in Goldfield. Concrete block as a building material was popularized nationally about 1910. The material was economically manufactured on the site using portable block making machines with interchangeable face molds. The appearance of cut and dressed stonework could be achieved with the use of these concrete blocks as a less expensive alternate to stone and the craftsman's labor. This structure, characterized as Norman Gothic architecture features a corbelled and crenelated bell tower, painted arch entry doors and a pointed arch, stained glass window at the east facade. The church is a well maintained structure, noteworthy as a chronological reminder of the changes in local and national construction technology. 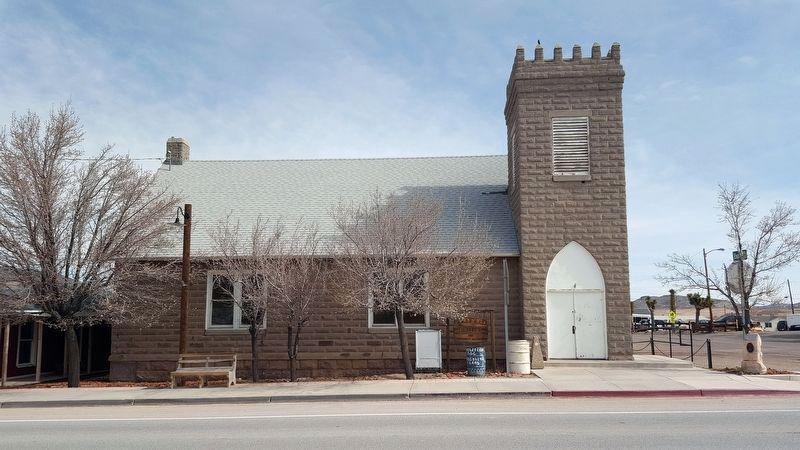 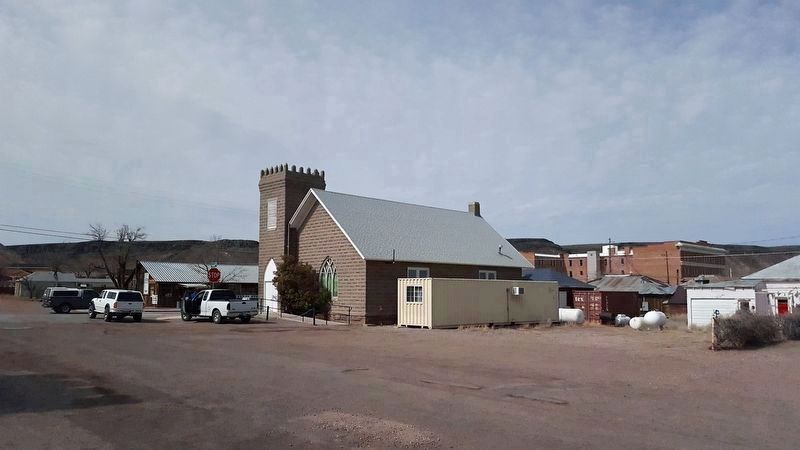