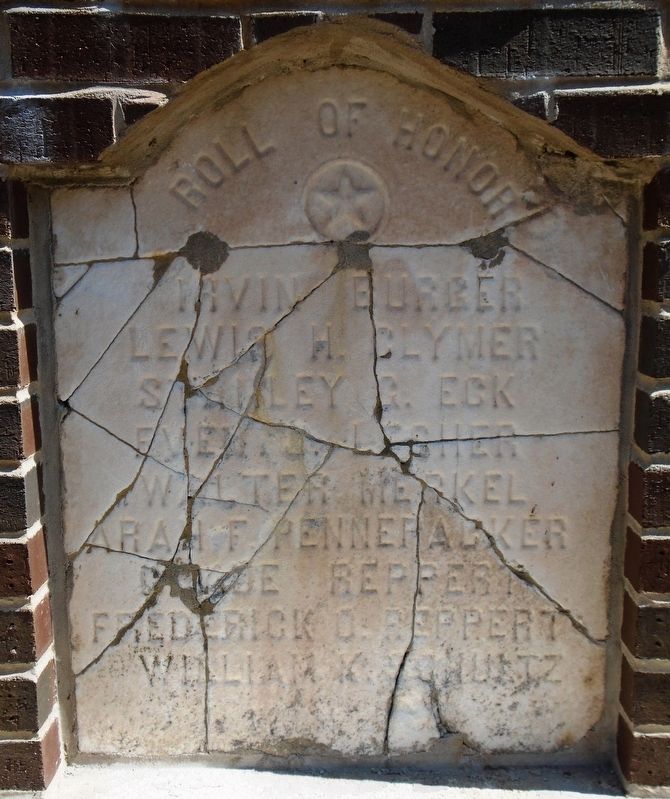 This tablet was erected by the
Citizens of East Greenville to express
their affectionate regard for those
who left their daily tasks to fight,
and die if need be, that freedom might live. 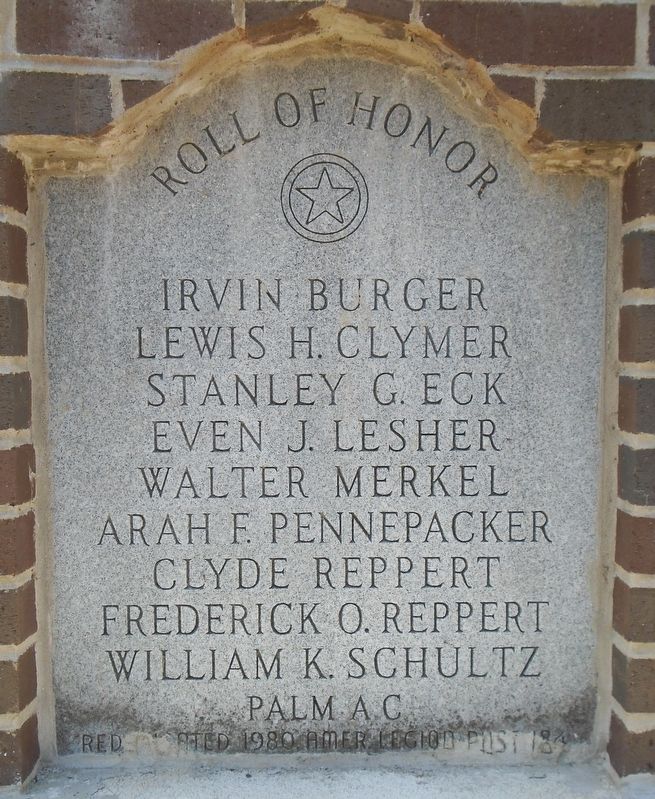 By William Fischer, Jr., April 9, 2018
2. World War I Memorial Marker (Re-dedication)
. Memorial is on the grounds of American Legion Post 184. Touch for map. Marker is at or near this postal address: 744 Gravel Pike, East Greenville PA 18041, United States of America. Touch for directions. 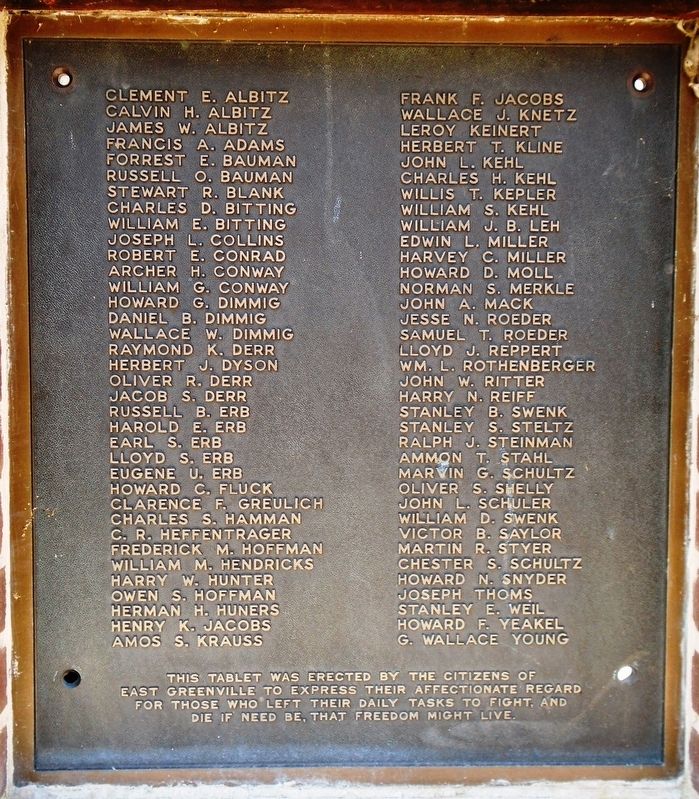 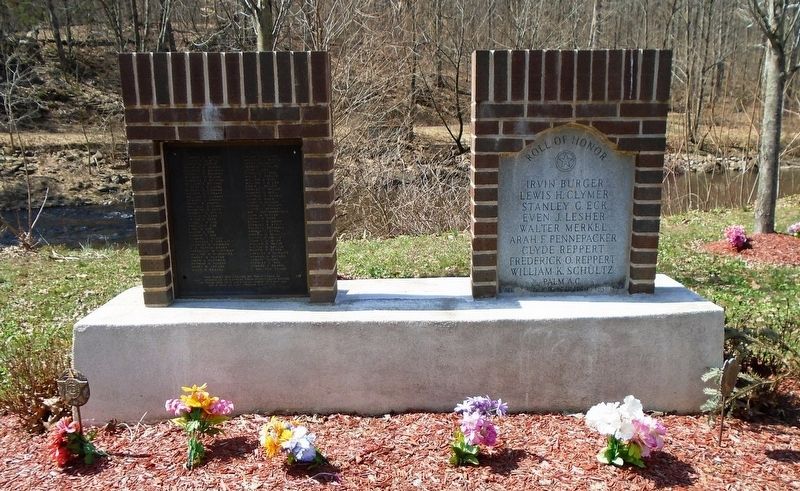 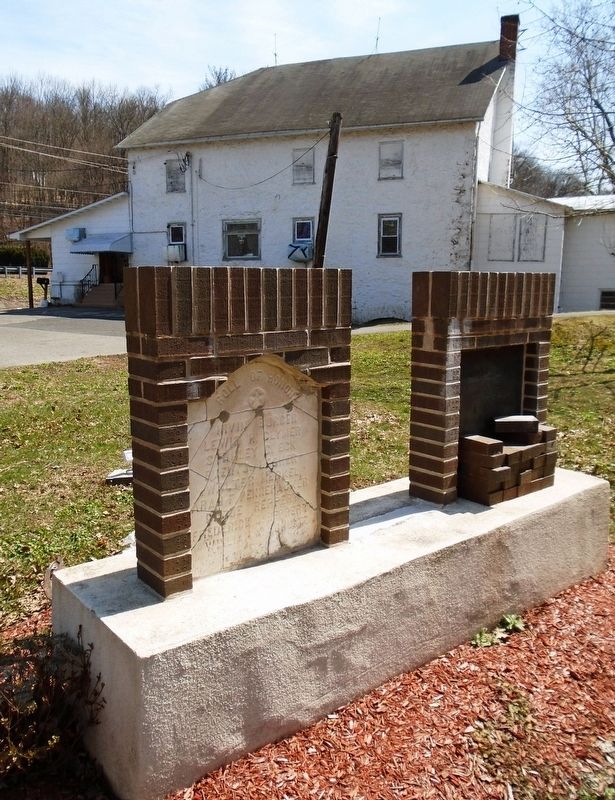