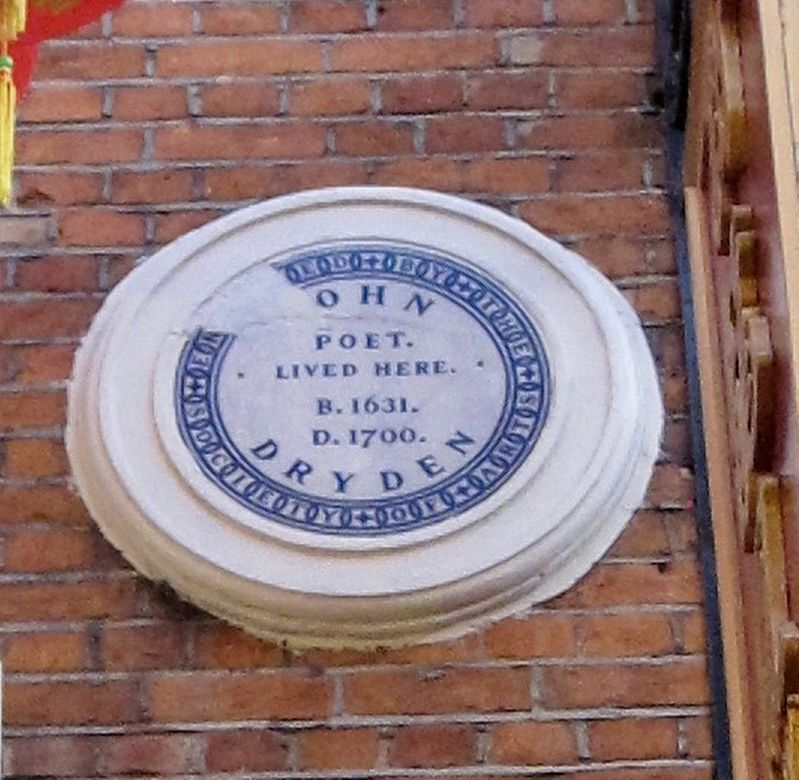 By Andrew Ruppenstein, March 16, 2018
1. John Dryden Marker
Inscription.
John Dryden. .
Poet. Lived here. B. 1631. D. 1700. . . This historical marker was erected in 1870 by Society of Arts. It is in City of Westminster in Greater London County England United Kingdom

Topics. This historical marker is listed in this topic list: Arts, Letters, Music. A significant historical date for this entry is May 12, 1700.

More about this marker. The English Heritage website indicates that the original building on which the plaque was mounted was demolished in 1901, and that the plaque was subsequently remounted on the new building. They also note, however, that subsequent research indicated that Dryden had actually resided at 44 Gerrard Street, not 43. English Heritage also notes that this plaque's blue-on-white color scheme is unique among the Society of Arts plaques (The Society of Arts is one of English Heritage's corporate predecessors with regards to the installment of Blue Plaques). 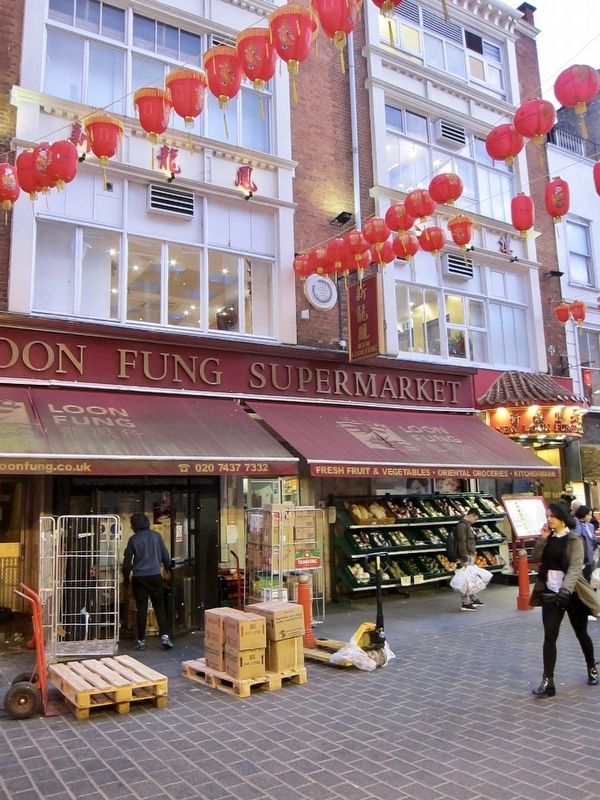 Click or scan to see
this page online
. "Dryden lived at 44 Gerrard Street with his wife Elizabeth (c. 1638–1714) from about 1687 until his death in 1700. His years there were difficult: his conversion to Catholicism in about 1685 meant that he was unable to take the oath of allegiance after the Glorious Revolution of 1688. As a result he lost his position as Poet Laureate, one he had held for 20 years. He found himself in financial difficulties but remained highly active in London’s literary world....Dryden usually worked in the front ground-floor room of the house, and it was here that he completed his last play, Love Triumphant (1694), the poem Alexander’s Feast, or, The Power of Musique (1697) and translations such as The Works of Virgil (1697). In the preface to the latter, Dryden likened himself to Virgil in his ‘Declining Years, struggling with Wants, oppress’d with Sickness’. " (Submitted on April 15, 2018.)