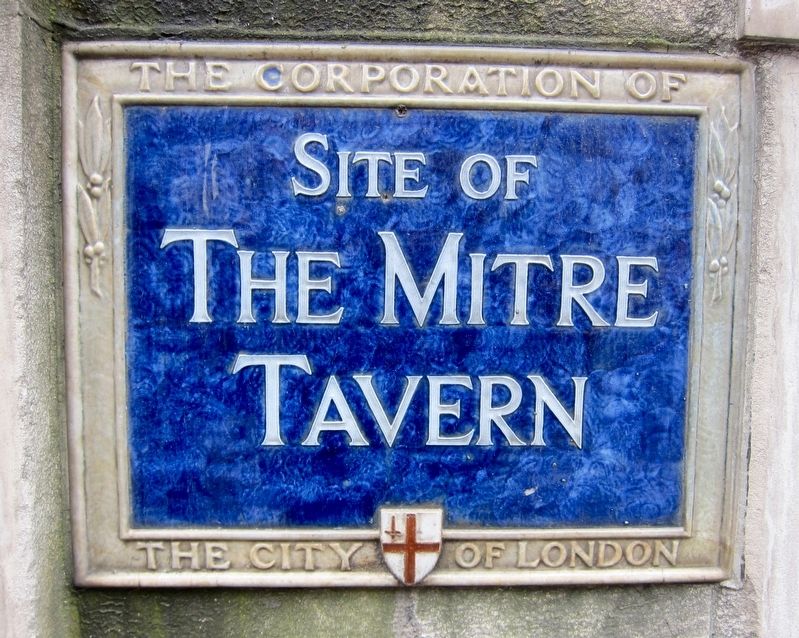 Site of
The Mitre
Tavern

Topics and series. This historical marker is listed in this topic list: Industry & Commerce. In addition, it is included in the UK, England, City of London Corporation series list. 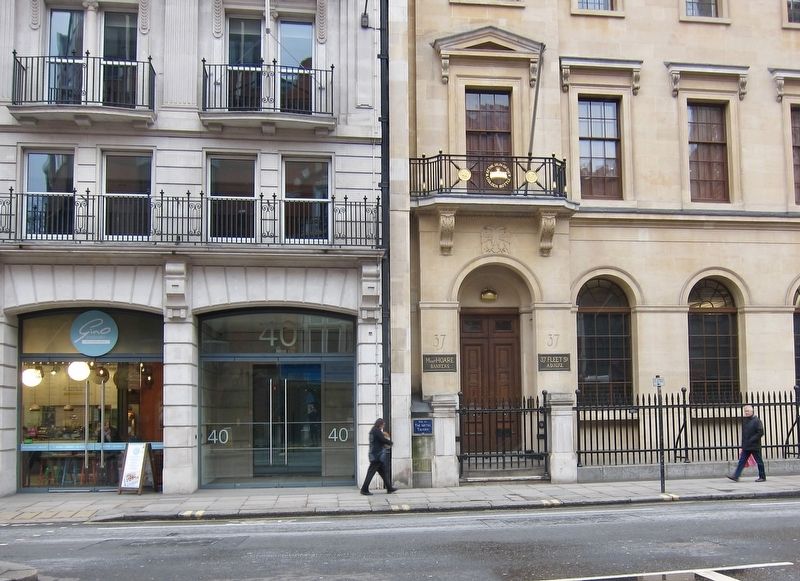 Photographed By Andrew Ruppenstein, March 17, 2018
2. Mitre Tavern Marker - Wide View
The marker is visible just to the left of the entrance to 37 Fleet Street.

Click or scan to see
this page online
(about 120 meters away); Bolt Court (about 150 meters away). Touch for a list and map of all markers in City of London.