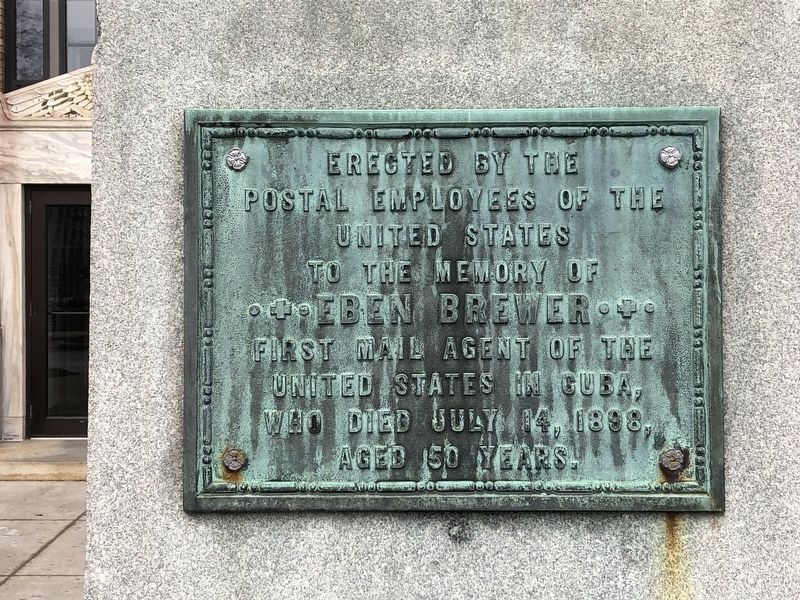 Erected 1907 by The Postal Employees of the United States.

Topics. This historical marker is listed in this topic list: Communications. A significant historical date for this entry is July 14, 1898. 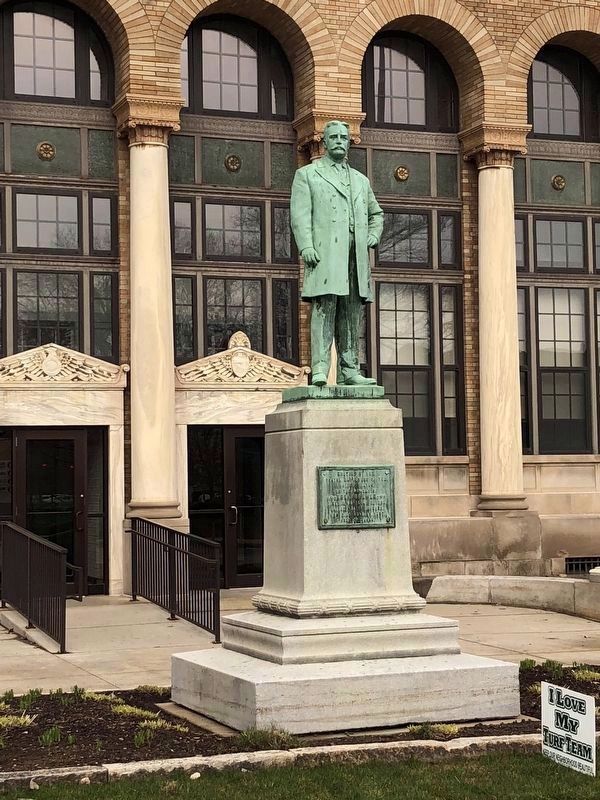 By Devry Becker Jones, April 13, 2018
2. Eben Brewer Marker
"Eben Brewer, born in 1849 in Barnet, Vermont, settled in Erie, Pennsylvania and was a publisher and manager of a local daily newspaper. He enlisted in the Spanish American War and, due to his experience with the German Feldpost (Army post office) in Europe, he was assigned the post of resident mail agent in Cuba. He died in combat on July 14, 1898, and is buried at Arlington National Cemetery...." - Smithsonian Institution Research Information System (SIRIS) 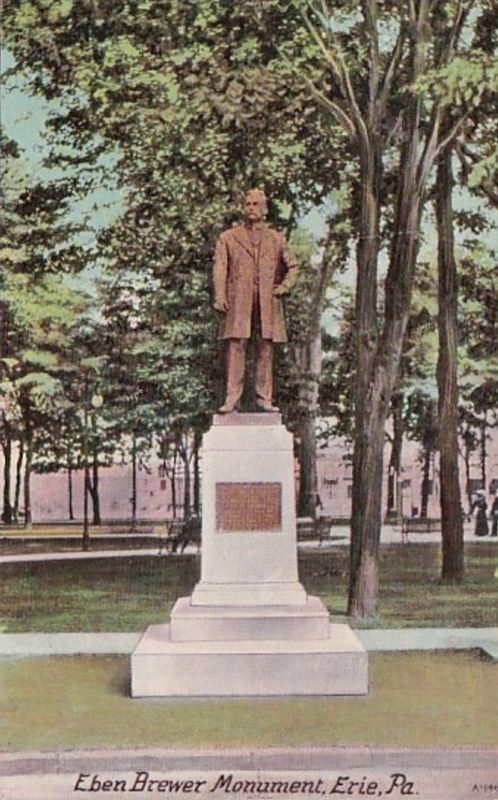