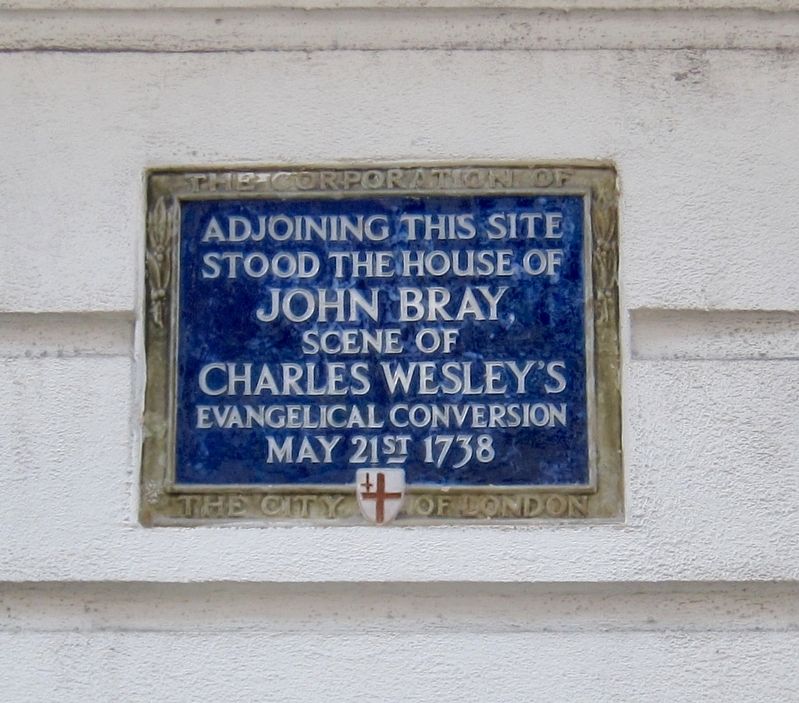 Topics and series. This historical marker is listed in this topic list: Churches & Religion. In addition, it is included in the UK, England, City of London Corporation series list. A significant historical date for this entry is May 21, 1738. 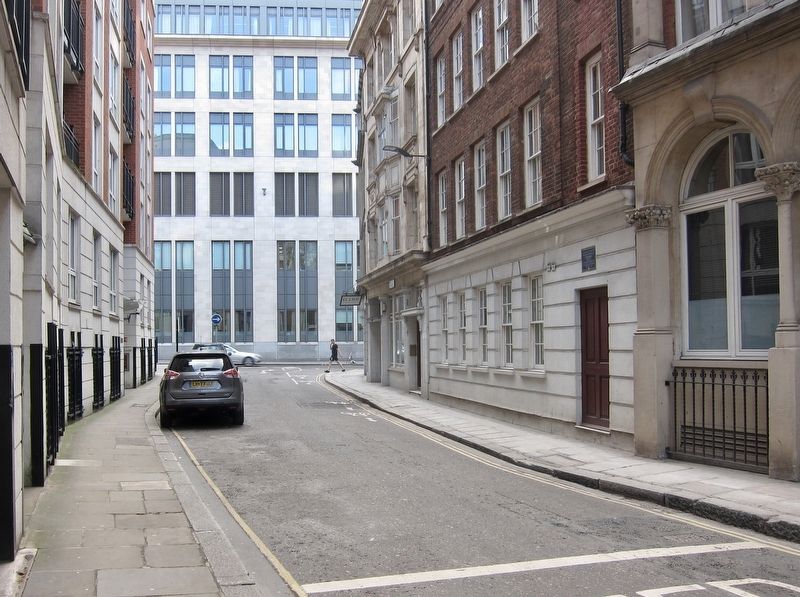 By Andrew Ruppenstein, March 20, 2018
2. John Bray's House Marker - Wide View, Looking West on Little Britain
The marker is visible here on the right side of the street, above the door.

Also see . . .
1. John Bray's House (Methodist Heritage). "Site of the house owned by John Bray where Charles Wesley was converted on 21 May 1738 (and where John Wesley declared 'I believe' at about 10pm on 24 May). Both John and Charles Wesley lodged here from 1738 to 1739. John Bray had connections with the Moravians, and for a time his house served as a centre for early Methodist and Moravian activities." (Submitted on April 17, 2018.)