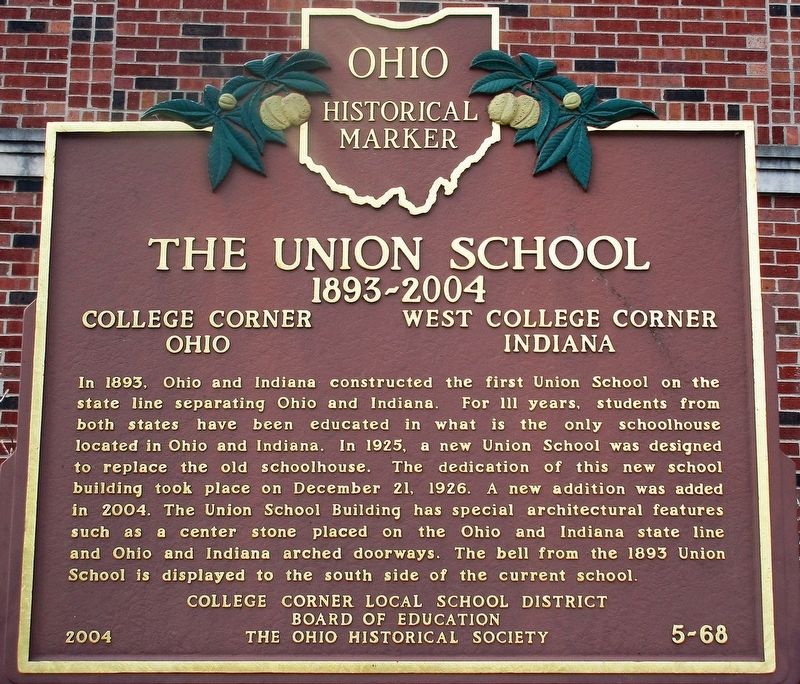 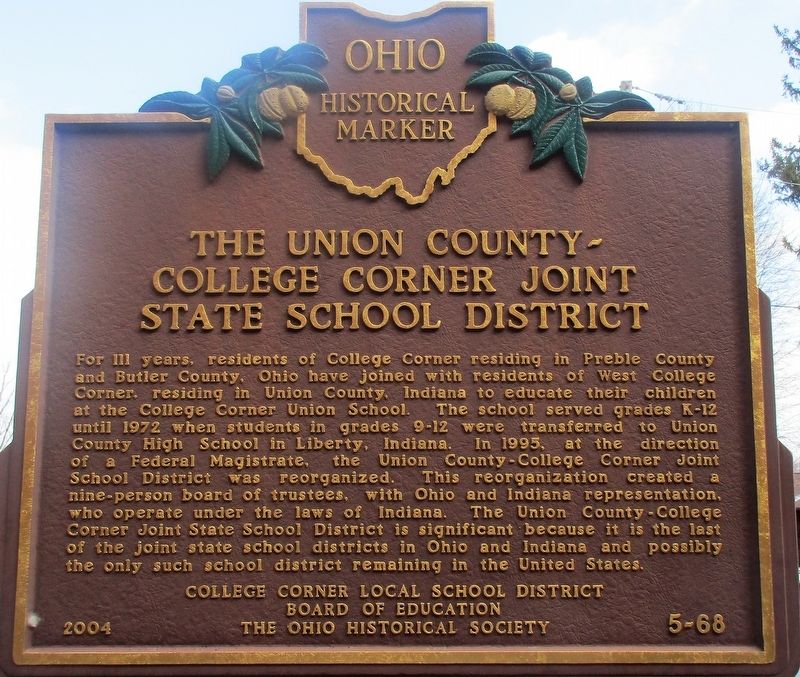 By Rev. Ronald Irick, April 17, 2018
2. The Union School 1893-2004 Marker
side B
K-12 until 1972 when students in grades 9-12 were transferred to Union County High School in Liberty, Indiana. In 1995, at the direction of a Federal Magistrate, the Union County-College Corner Joint School District was reorganized. This reorganization created a nine-person board of trustees, with Ohio and Indiana representation, who operate under the laws of Indiana. The Union County-College Corner Joint State School District is significant because it is the last of the joint state school districts in Ohio and Indiana and possibly the only such school district remaining in the United States.

Location. 39° 34.351′ N, 84° 48.906′ W. Marker is in College Corner, Ohio, in Preble County. Marker is at the intersection of Indiana Street and State Line Road, on the left when traveling west on Indiana Street. marker is on the North side of the school, on the State Line. The school faces south on Ramsey Street. Touch for map. Marker is at or near this postal address: 230 Ramsey Street, College Corner OH 45003, United States of America. Touch for directions.

Other nearby markers. At least 8 other markers are within 6 miles of this marker, measured as the 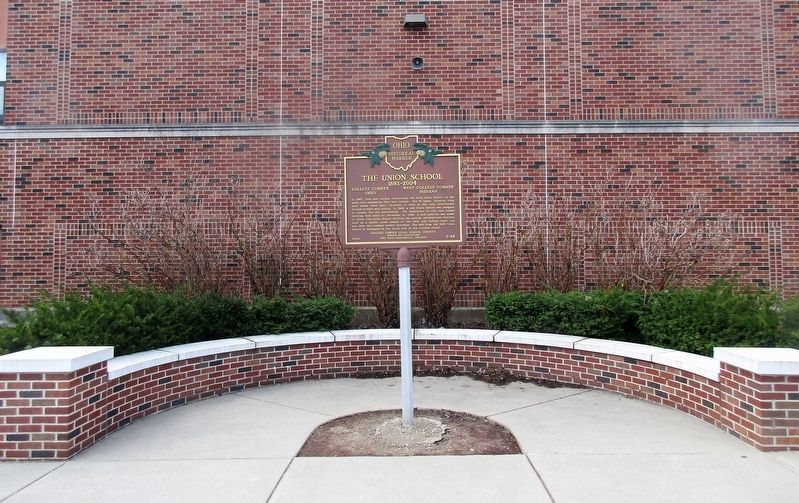 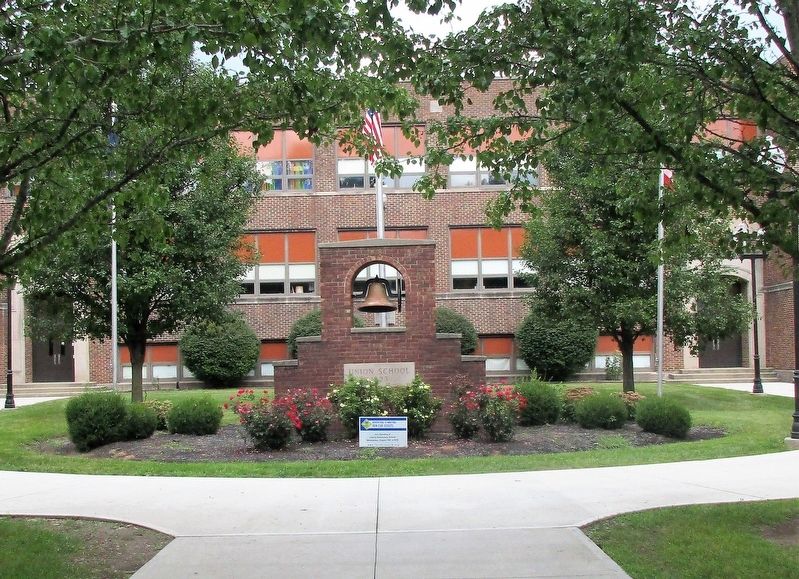 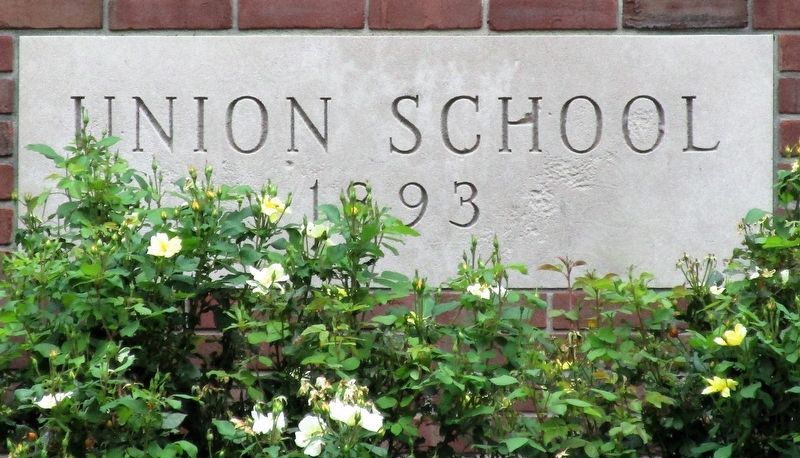