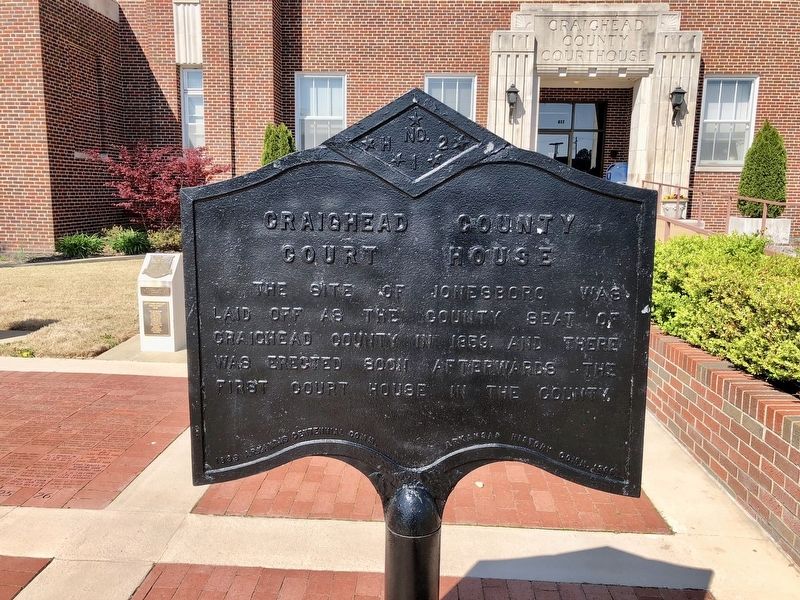 The site of Jonesboro was laid off as the county seat of Craighead County in 1859, and there was erected soon afterwards the first court house in the county.

Topics and series. This historical marker is listed in these topic lists: Government & Politics • Political Subdivisions. In addition, it is included in the Arkansas Centennial Commission series list. A significant historical year for this entry is 1859.

Other nearby markers. At least 6 other markers are within 4 miles of this marker, measured as the crow flies. The Battle of Jonesboro (here, next to this marker); The Arkansas (within shouting distance of this marker); In Memoriam United Spanish War Veterans 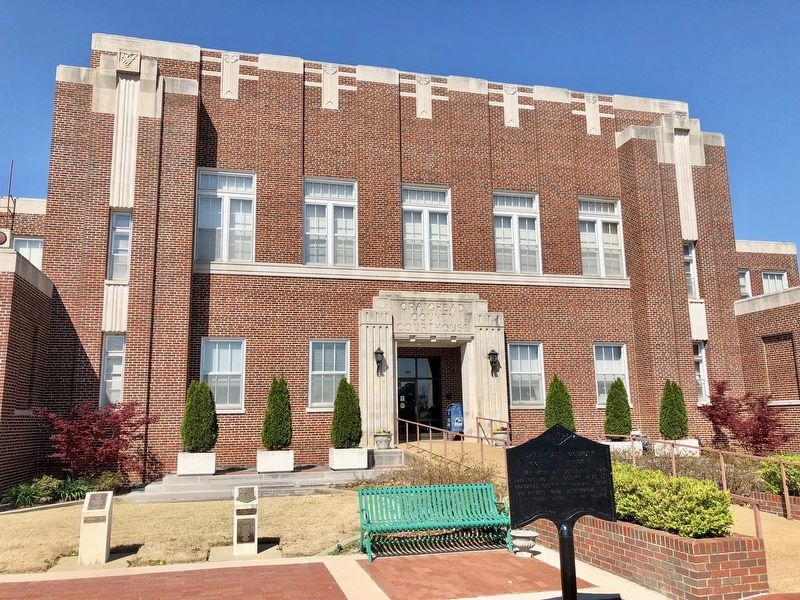 Click or scan to see
this page online
(within shouting distance of this marker); Blessed Sacrament Catholic Church (about 500 feet away, measured in a direct line); Troops Raised in Craighead County (approx. 1.2 miles away); Last Confederate Veteran (approx. 3.6 miles away).

More about this marker. One of 143 cast-iron markers placed across Arkansas in partnership with the Arkansas History Commission during the state's 1936 centennial. Originally silver in color, Jonesboro has repainted theirs black.