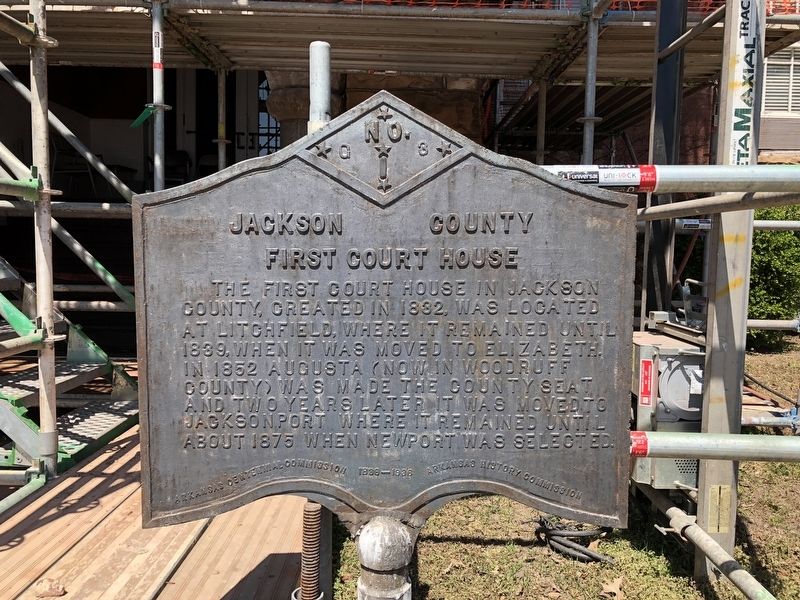 Photographed By Mark Hilton, April 9, 2018
1. Jackson County First Courthouse Marker
Inscription.
Jackson County First Court House. . The first court house in Jackson County, created in 1832, was located at Litchfield, where it remained until 1839, when it was moved to Elizabeth. In 1852 Augusta (now Woodruff County) was made the county seat and two years later it was moved to Jacksonport where it remained until about 1875 when Newport was selected. . This historical marker was erected in 1936 by the Arkansas Centennial Comm. / Arkansas History Comm.. It is in Newport in Jackson County Arkansas

Topics and series. This historical marker is listed in these topic lists: Government & Politics • Political Subdivisions. In addition, it is included in the Arkansas Centennial Commission series list. A significant historical year for this entry is 1832.

Other nearby markers. At least 7 other markers are within 3 miles of this marker, measured as the crow flies. For all who serve past, present, and future (about 700 feet away, measured 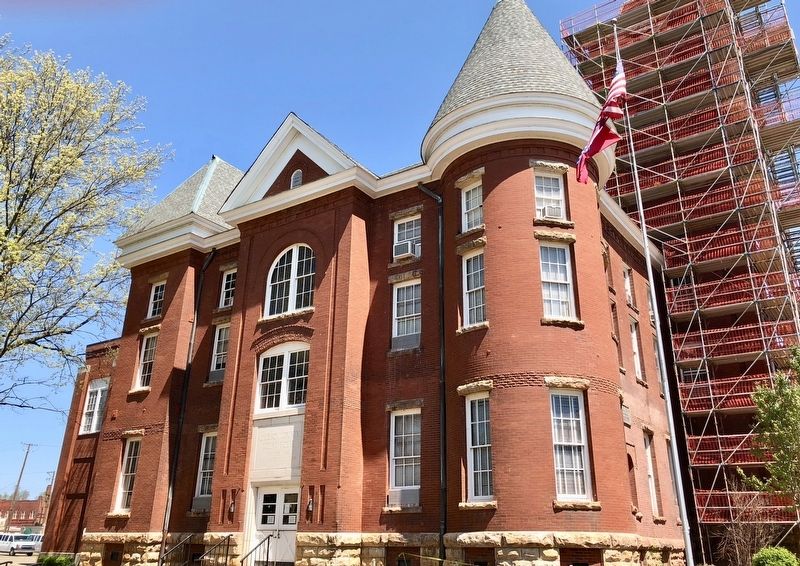 Regarding Jackson County First Court House. The courthouse is a Late Victorian brick building, with a protruding three-story square tower. It was built in 1892, and is one of the state's oldest courthouses. It was apparently based in part on the Ouachita County courthouse (since demolished), but its architect is not known. 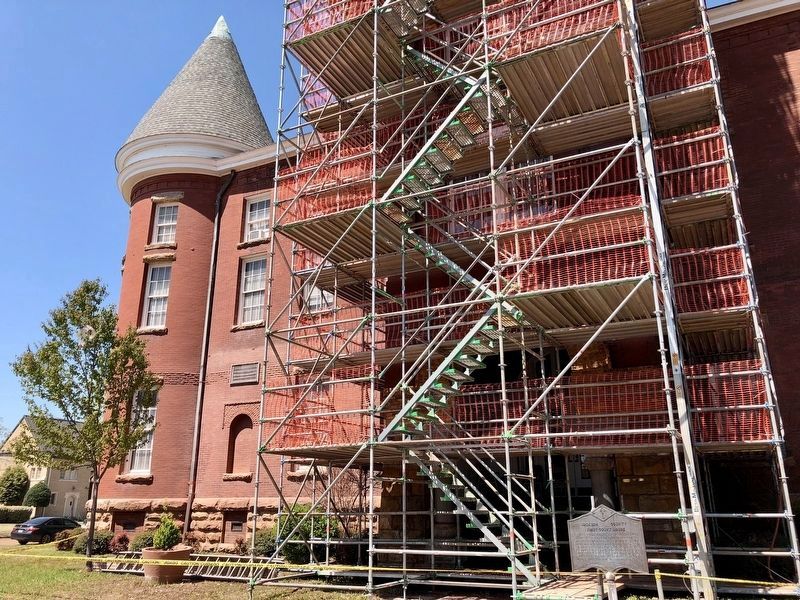 Editor’s want-list for this marker. Photo of courthouse after renovation is completed. • Can you help?
Share this page.