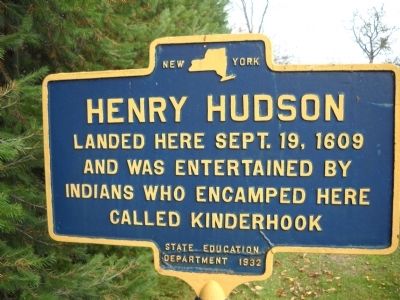 Landed here Sept. 19, 1609
and was entertained by
Indians who encamped here
called Kinderhook.

Related markers. Click here for a list of markers that are related to this marker. Henry Hudson, 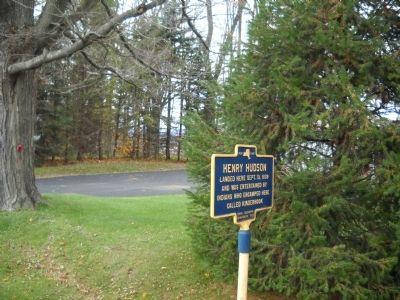 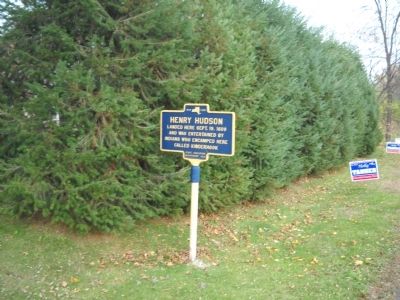