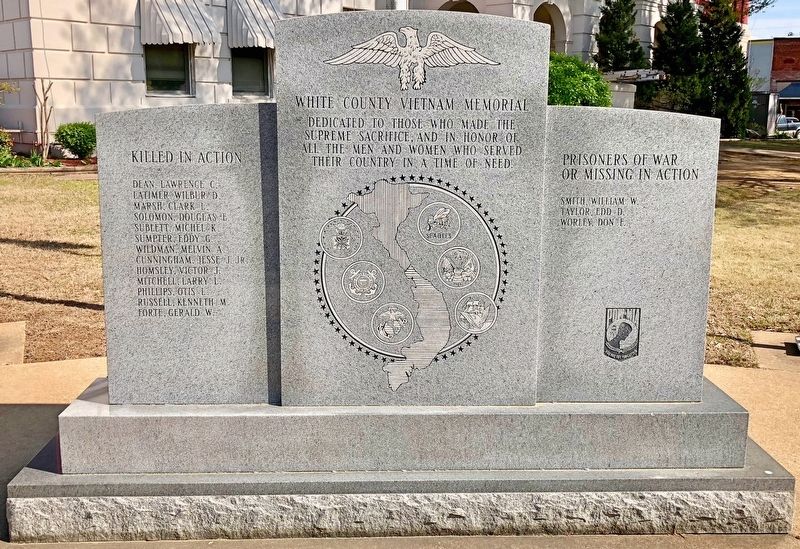 Dedicated to those who made the supreme sacrifice, and in honor of all the men and women who served their country in a time of need.

Prisoners of War
or Missing in Action

Location. 35° 15.038′ N, 91° 44.302′ W. Marker is in Searcy, Arkansas, in White County. Memorial is at the intersection of West Race Avenue (Arkansas Route 16) and North Spruce Street, on the right when traveling east on West Race Avenue. Touch for map. Marker is at or near this postal address: 319 North Spruce Street, Searcy AR 72143, United States of America. Touch for directions. 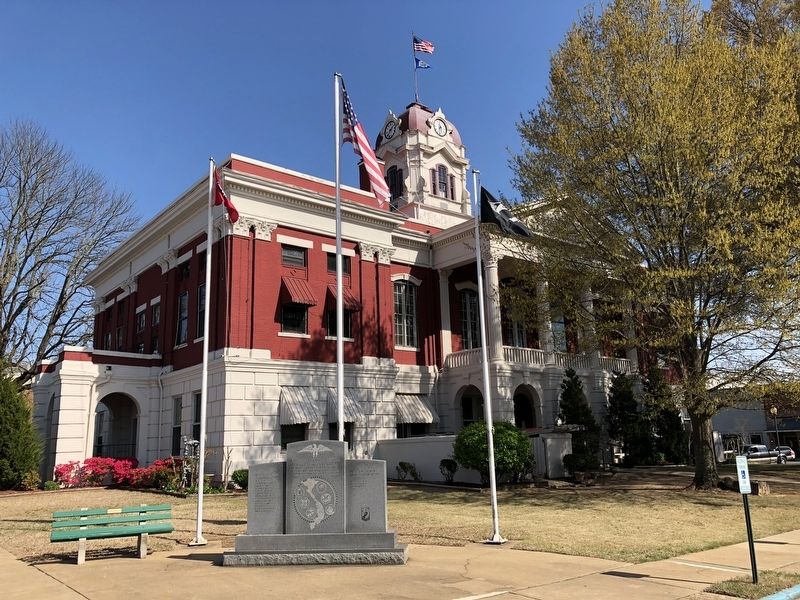