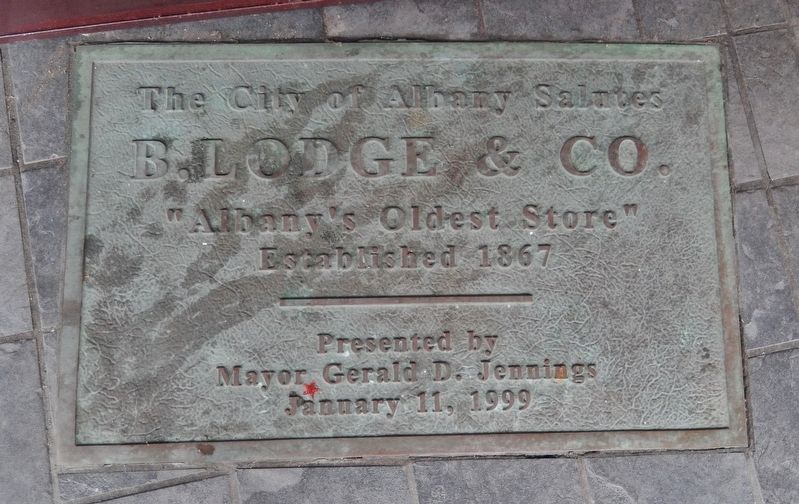 Topics. This historical marker is listed in this topic list: Industry & Commerce. A significant historical year for this entry is 1867.

Location. 42° 39.128′ N, 73° 45.057′ W. Marker is in Albany, New York, in Albany County. Marker can be reached from North Pearl Street (New York State Route 32) south of Columbia Street, on the right when traveling north. Marker is a metal plaque embedded in the front sidewalk tile at the entrance to subject store. Touch for map. Marker is at or near this postal address: 75 North Pearl Street, Albany NY 12207, United States of America. Touch for directions. 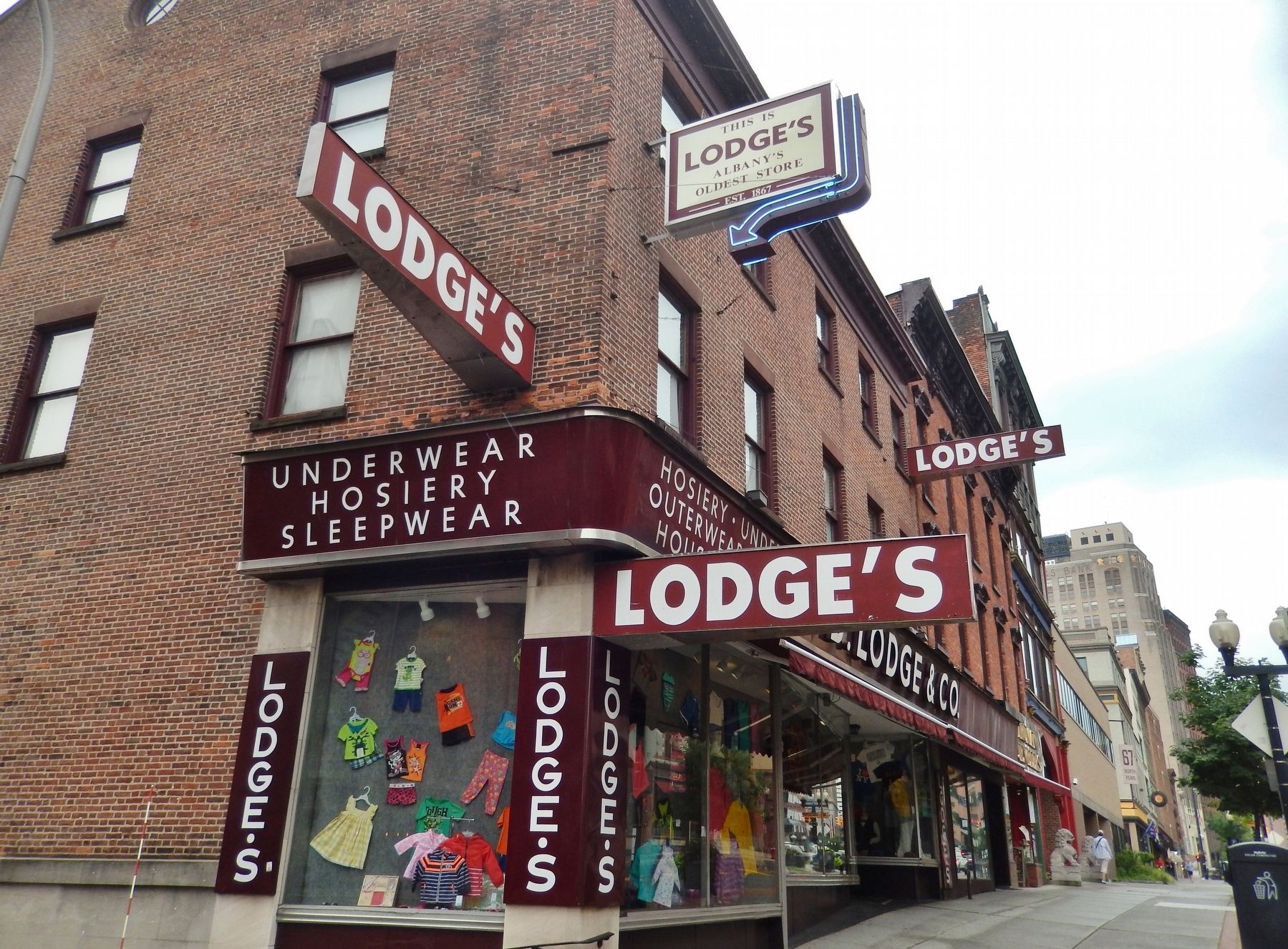 Also see . . .
1. B. Lodge & Company: About Us.
B. Lodge & Co. was established in 1867 by Barrington Lodge and his two sons, Charles and William, on the corner of Broadway and Columbia in downtown Albany. B. Lodge & Co. was a discount store that supplied school uniforms, nursing scrubs and more to the Albany, NY area. As their business grew they moved to 91 N. Pearl Street. They expanded again to 109 N. Pearl Street through to Orange Street for a city block next to the well-remembered Cash Market. After a devastating fire in 1952, Lodge’s moved to its current location at 75 North Pearl Street and rented side stores to different business, including a liquor store and barber shop. (Submitted on April 23, 2018, by Cosmos Mariner of Cape Canaveral, Florida.)

2. B Lodge & Company is 150 years old and its owner says it's having one of its best years.
In a city with roots that stretch back four centuries, it takes some doing to be considered old. That said, it's fair to say B. Lodge & Co. - or Lodge's as pretty much everyone calls it - is very old. It's an Albany institution, 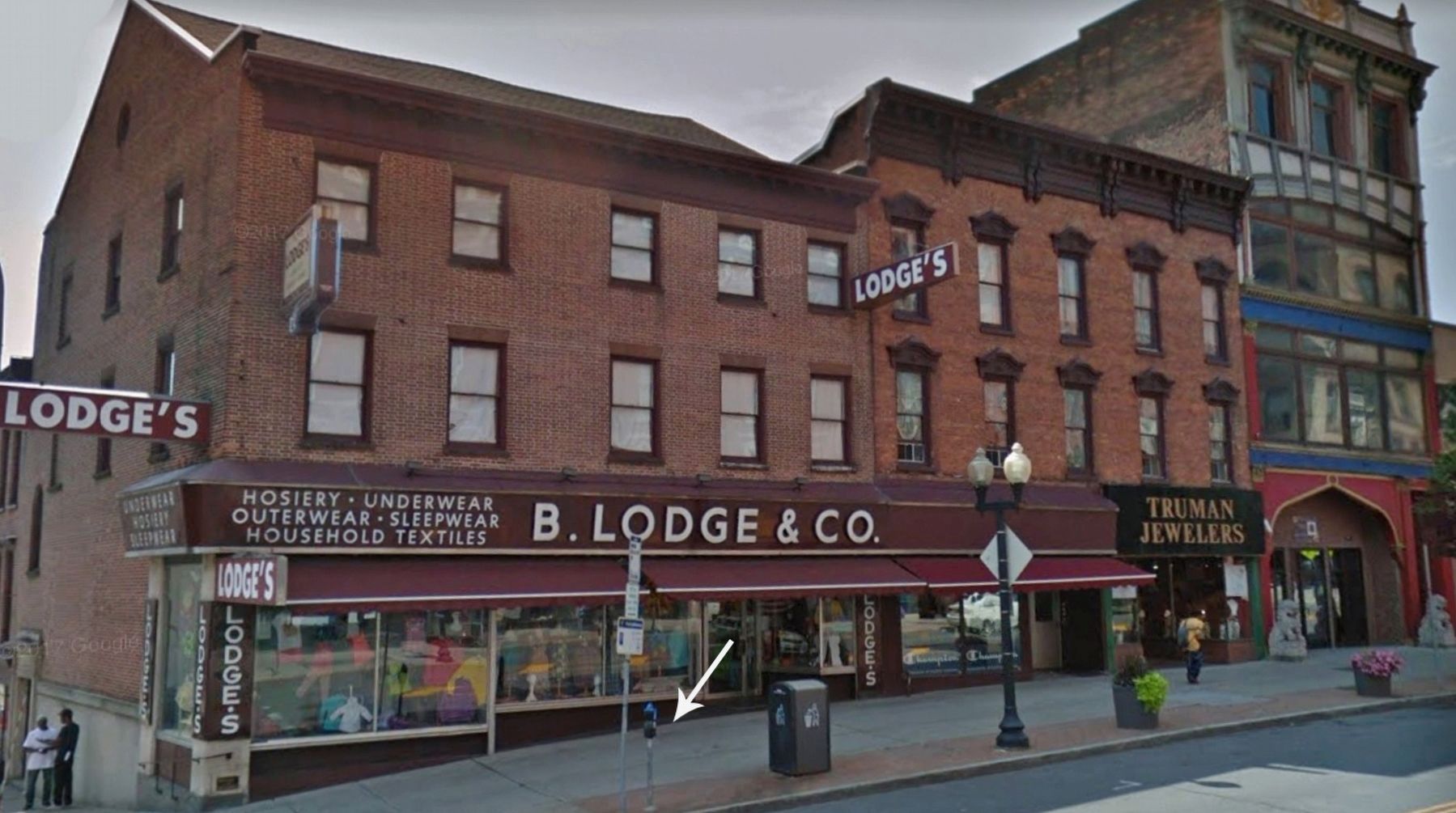