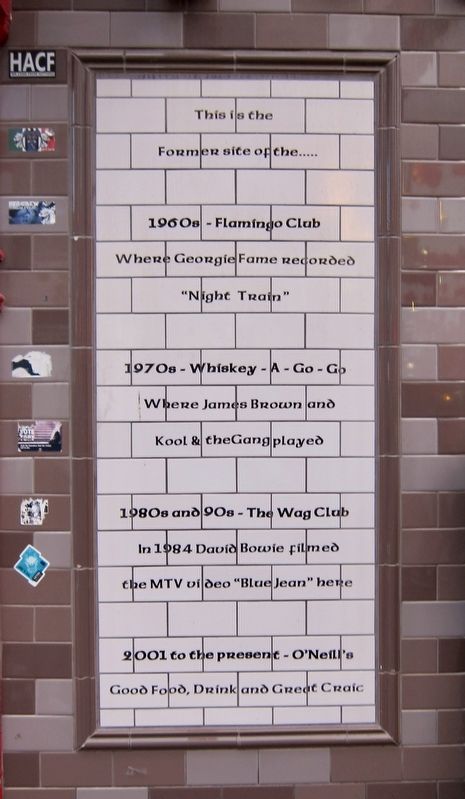 2001 to the present - O'Neill's Good Food, Drink and Great Craic . . This historical marker is in City of Westminster in Greater London County England United Kingdom

This is the
Former site of the....

2001 to the present - O'Neill's
Good Food, Drink and Great Craic

Topics. This historical marker is listed in these topic lists: Arts, Letters, Music • Entertainment. A significant historical year for this entry is 1984. 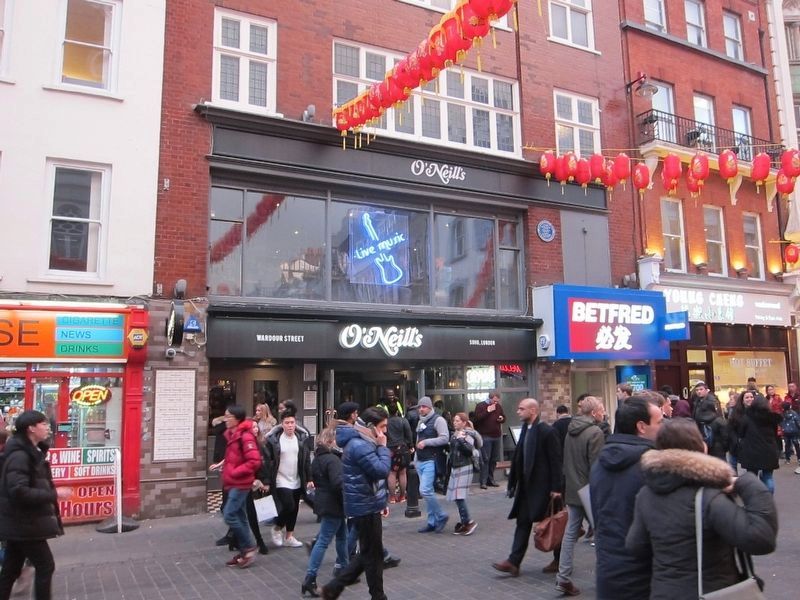 Shot in the club, opens with a shot of Gerrard Street from the second floor. (Submitted on April 24, 2018.)

3. How This London Venue Brought Club Culture to the UK (Vice, 5/11/16). "Chris Sullivan opened the Wag Club in 1982, back when that square mile of city center just on the edges of London's Soho neighborhood was still the beating artistic heart of the capitol. A members club located at 33 Wardour Street—now the site of a branch of faux-Irish chain-bar O'Neils—the

Wag revolutionized nightlife across the entire country, and shaped the face of club culture in the UK as we know it. It's eclectic blend of latin jazz, vintage funk, northern soul, hip-hop, and house, was a far cry from champagne and chart music of the VIP-friendly world of West End clubbing just up the road...." (Submitted on April 24, 2018.)