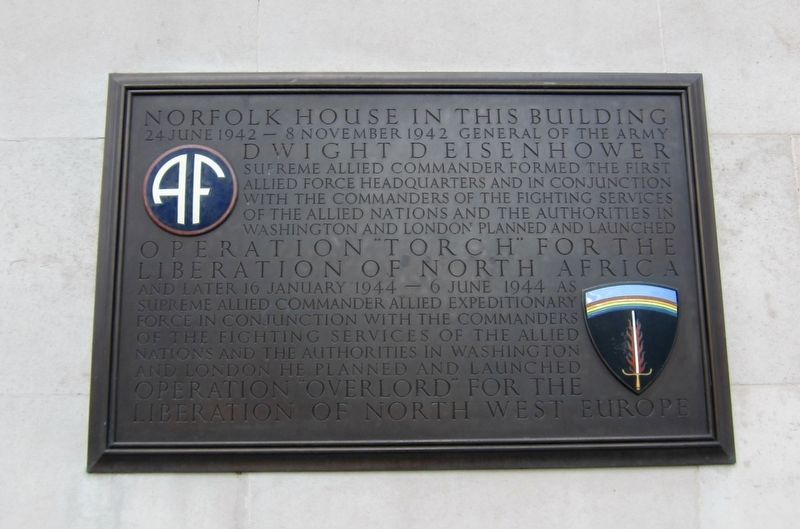 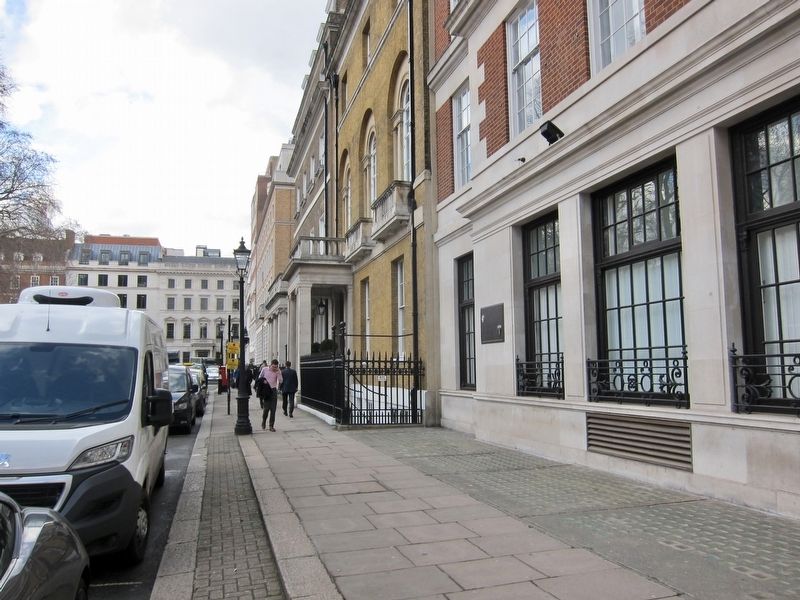 2. Operation Overlord (Wikipedia). "Operation Overlord was the codename for the Battle of Normandy, the Allied operation that launched the successful invasion of German-occupied Western Europe during World War II. The operation was launched on 6 June 1944 with the Normandy landings (Operation Neptune, commonly known as D-Day). A 1,200-plane airborne assault preceded an amphibious assault involving more than 5,000 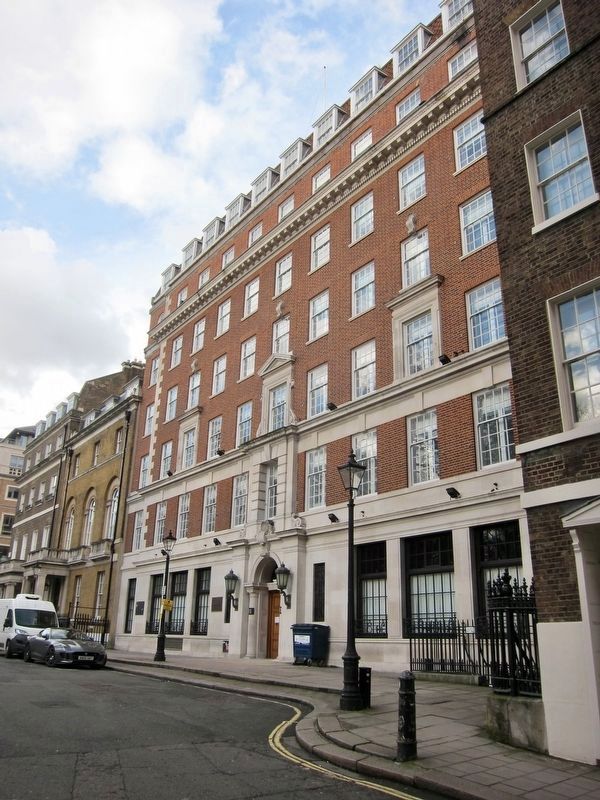 By Andrew Ruppenstein, March 15, 2018
3. Norfolk House and Markers - Wide View
Both the Norfolk House (left) and Eisenhower's Headquarters (right) markers are visible here, both to the left of the building entrance.
vessels. Nearly 160,000 troops crossed the English Channel on 6 June, and more than two million Allied troops were in France by the end of August." (Submitted on April 26, 2018.)