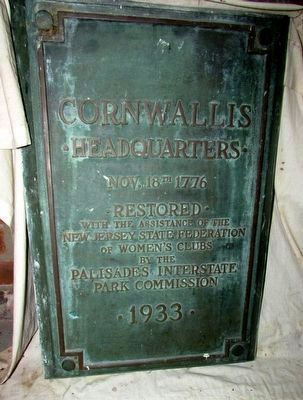 Other nearby markers. At least 8 other markers are within 2 miles of this marker, measured as the crow flies. The Old Alpine Trail (here, next to this marker); Untangling Folklore from Fact (a few steps from this marker); Along the Palisades Riverfront (about 400 feet away, measured in a direct line); Closter Dock Road (approx. 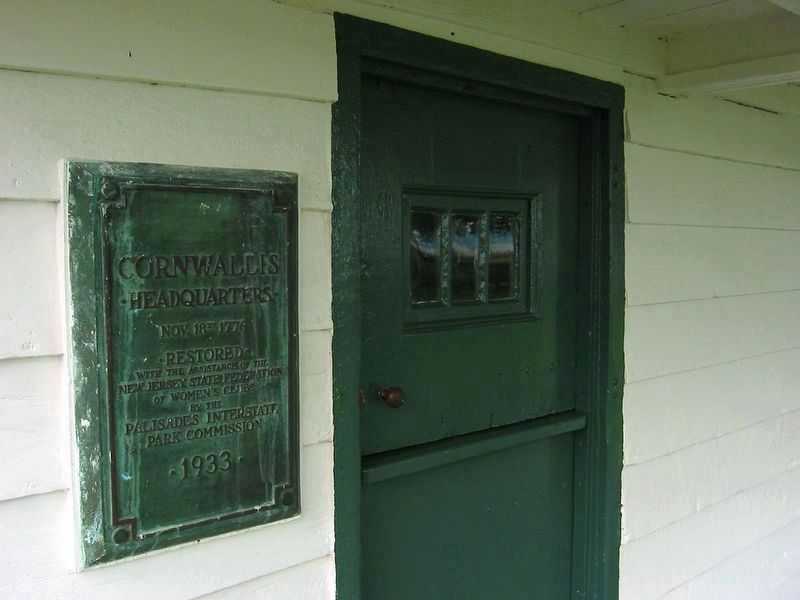 Regarding Cornwallis Headquarters. When the Palisades Interstate Park was established, the house at the Alpine Boat Basin was thought to be used by General Charles Cornwallis as his headquarters when the British Army crossed over to New Jersey and marched on Fort Lee in November of 1776. Around the time of the Bicentennial, research revealed that the actual site of the British Landing may have been about 1½ miles south of this location at what was then called the New Dock. After much debate, the Cornwallis Headquarters marker was removed from the front of the house after being there for over 60 years. 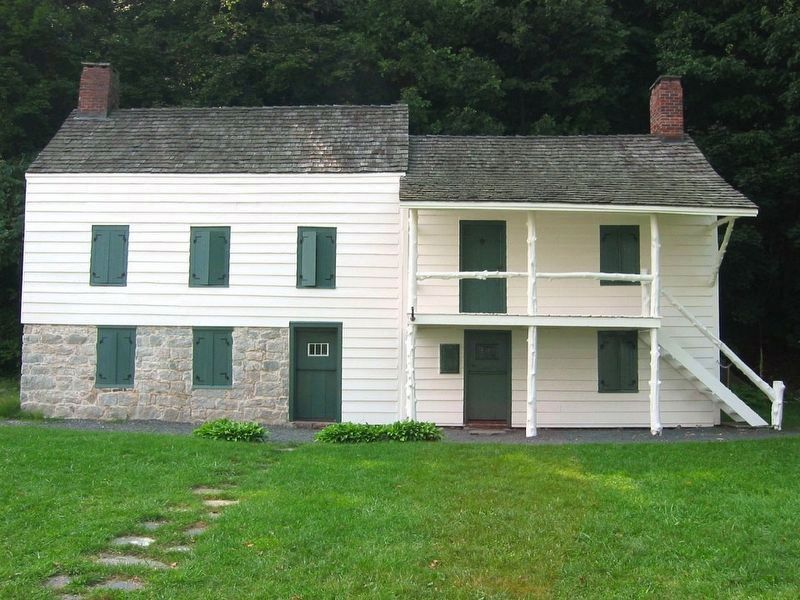 3. Cornwallis Headquarters
Marker is seen here next to the door of the Kearney House. 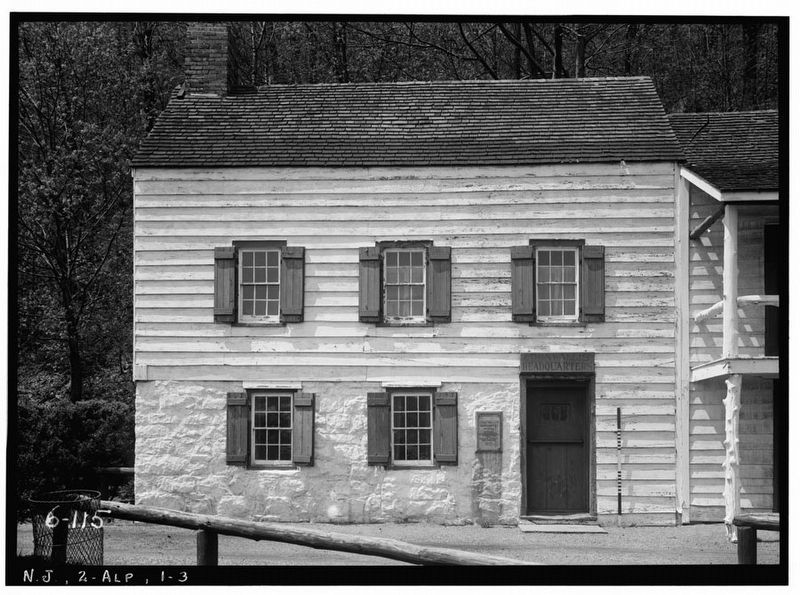