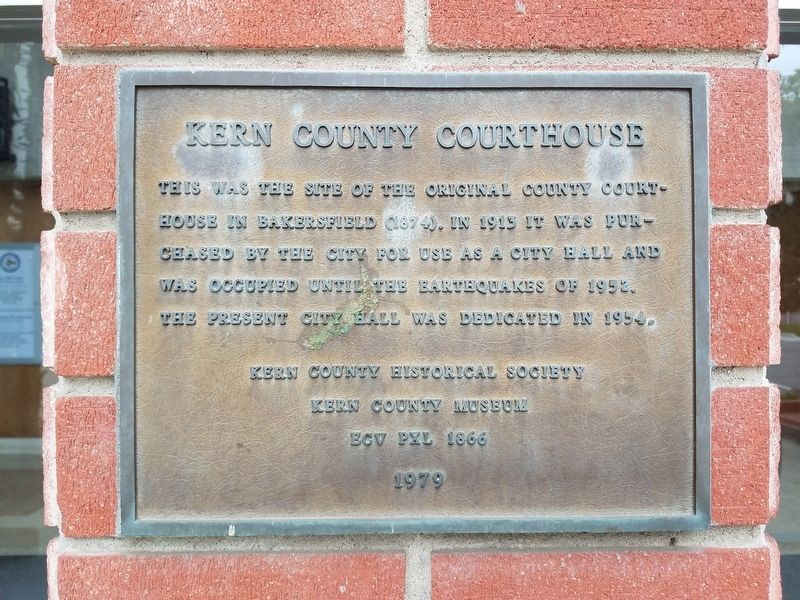 This was the site of the original county courthouse in Bakersfield (1874). In 1913 it was purchased by the city for use as a city hall and was occupied until the earthquakes of 1952. The present city hall was dedicated in 1954.

Topics and series. This historical marker is listed in this topic list: Notable Buildings. In addition, it is included in the E Clampus Vitus series list. 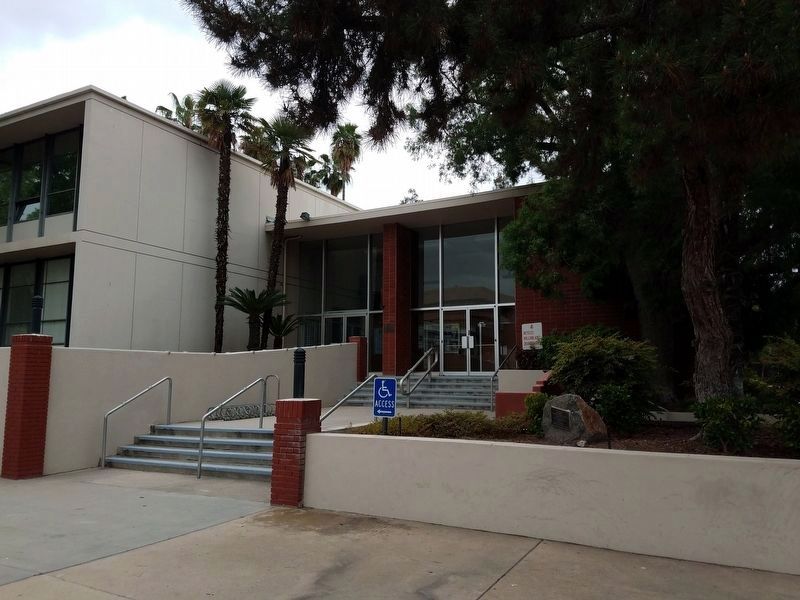 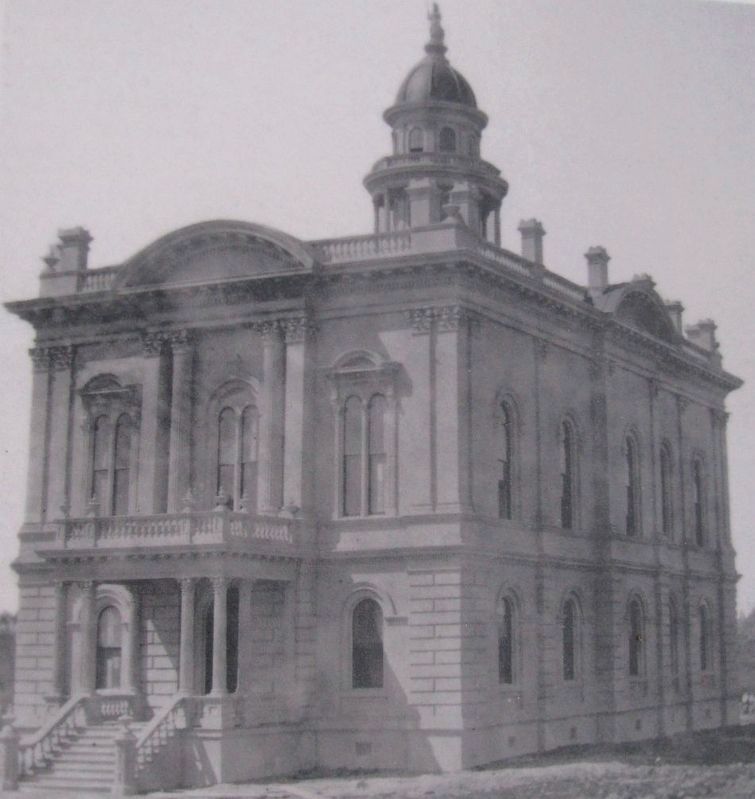 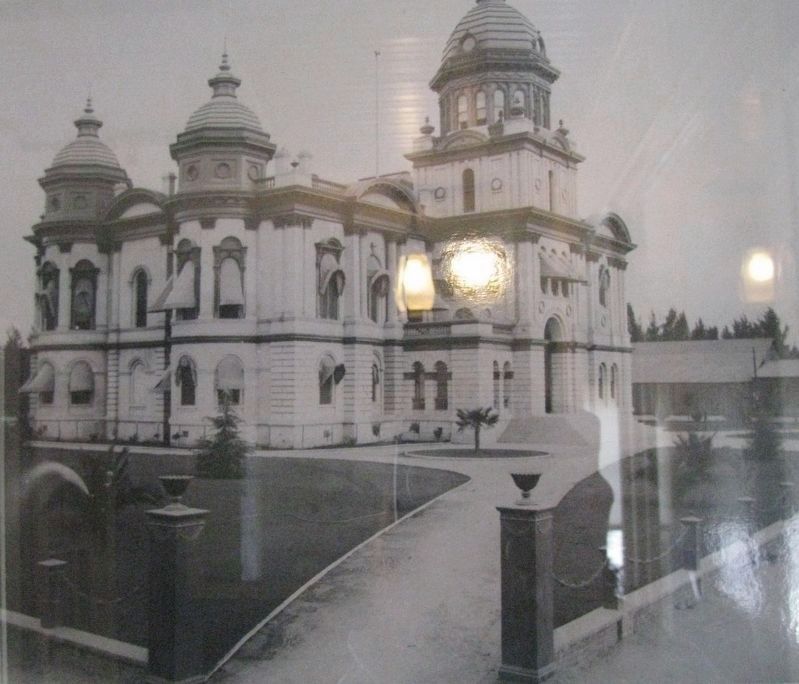