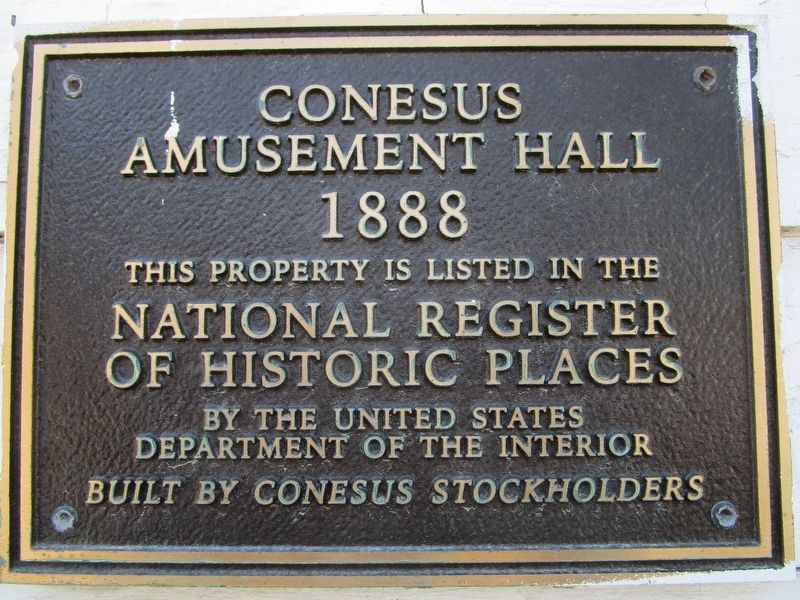 Conesus
Amusement Hall
1888
This property is listed in the
National Register of Historic Places
by the United States
Department of the Interior.
Built by Conesus Stockholders. 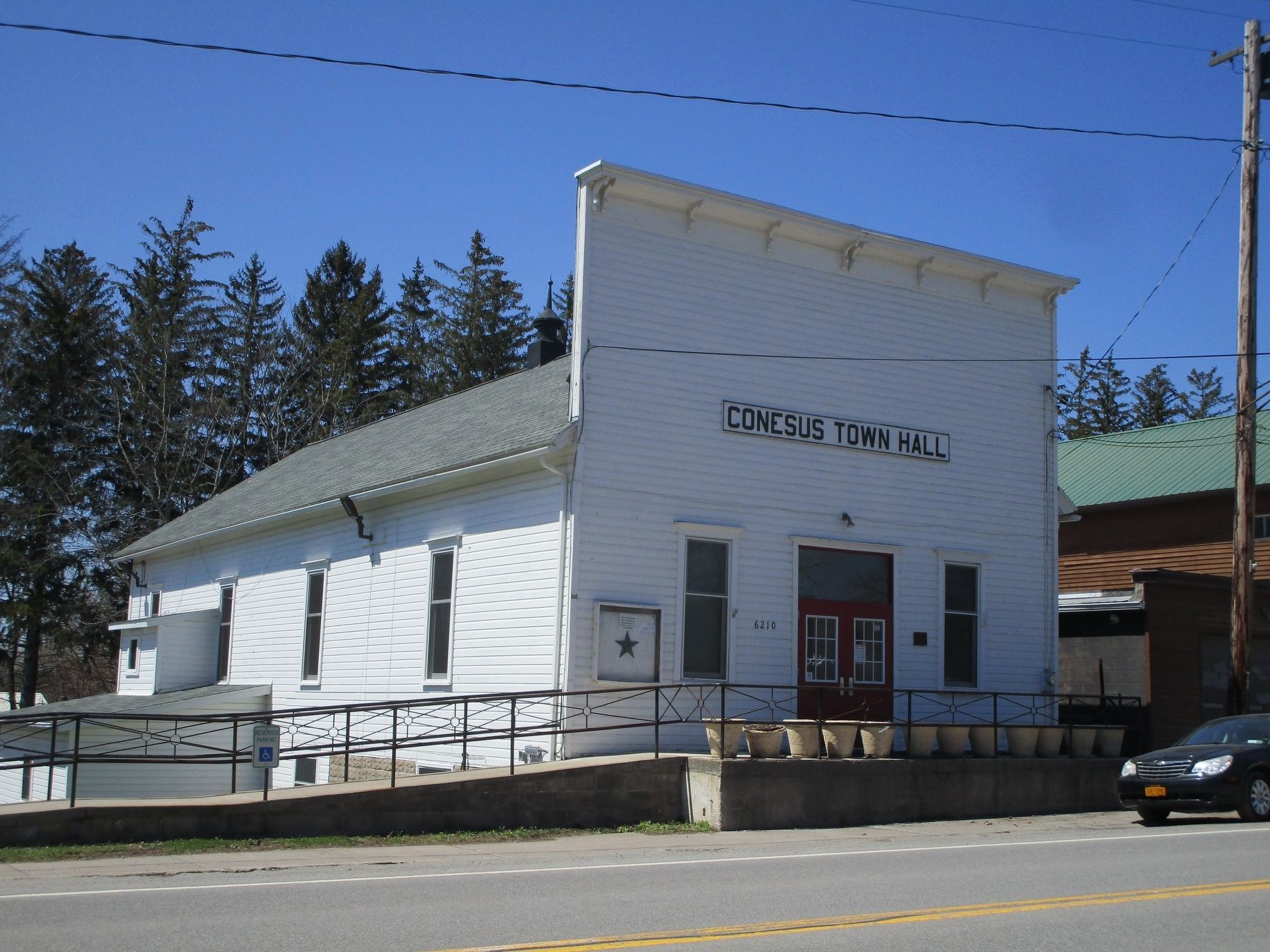 By Anton Schwarzmueller, April 30, 2018
2. Conesus Amusement Hall Marker
Now the Conesus Town Hall. Marker is fixed to the building, right of the front door.
away); Groveland Ambuscade Monument (approx. 2.6 miles away); Union Cemetery (approx. 3.3 miles away); Gravesite of Captain Daniel Shays (approx. 3.4 miles away). Touch for a list and map of all markers in Conesus.