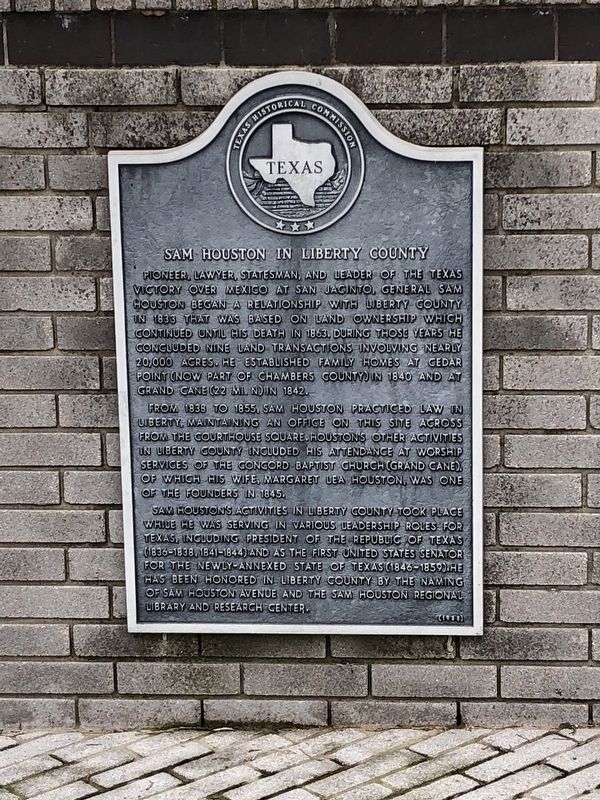 Pioneer, lawyer, statesman, and leader of the Texas victory over Mexico at San Jacinto, General Sam Houston began a relationship with Liberty County in 1833 that was based on land ownership which continued until his death in 1863. During those years he concluded nine land transactions involving nearly 20,000 acres. He established family homes at Cedar Point (now part of Chambers County) in 1840 and at Grand Cane (22 mi. N) in 1842.

From 1838 to 1855, Sam Houston practiced law in Liberty, maintaining an office on this site across from the Courthouse Square. Houston's other activities in Liberty County included his attendance at worship services of the Concord Baptist Church (Grand Cane), of which his wife, Margaret Lea Houston, was one of the founders in 1845. 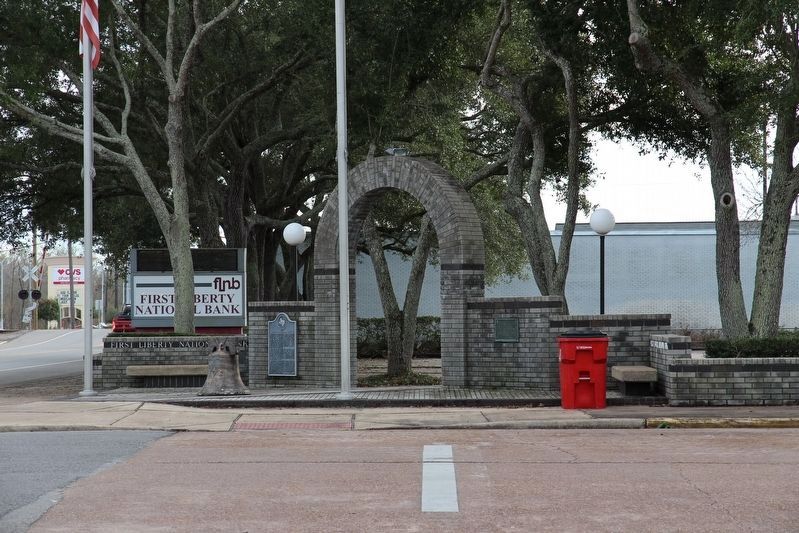 Click or scan to see
this page online
Library and Research Center.

Location. 30° 3.518′ N, 94° 47.759′ W. Marker is in Liberty, Texas, in Liberty County. Marker is at the intersection of Main Street (State Road 227) and Sam Houston Street, on the left when traveling north on Main Street. Touch for map. Marker is in this post office area: Liberty TX 77575, United States of America. Touch for directions.