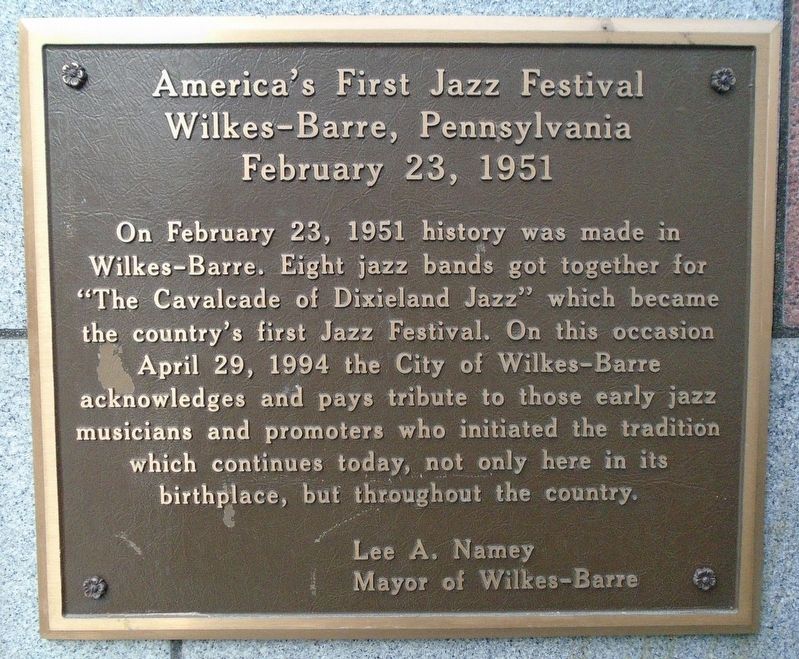 On February 23, 1951 history was made in Wilkes-Barre. Eight jazz bands got together for "The Cavalcade of Dixieland Jazz" which became the country's first Jazz Festival. On this occasion April 29, 1994 the City of Wilkes-Barre acknowledges and pays tribute to those early jazz musicians and promoters who initiated the tradition which continues today, not only here in its birthplace, but throughout the country.

Lee A. Namey
Mayor of Wilkes-Barre

Erected 1994 by City of Wilkes-Barre.

Topics. This historical marker is listed in these topic lists: Arts, Letters, Music • Entertainment. A significant historical date for this entry is February 23, 1951. 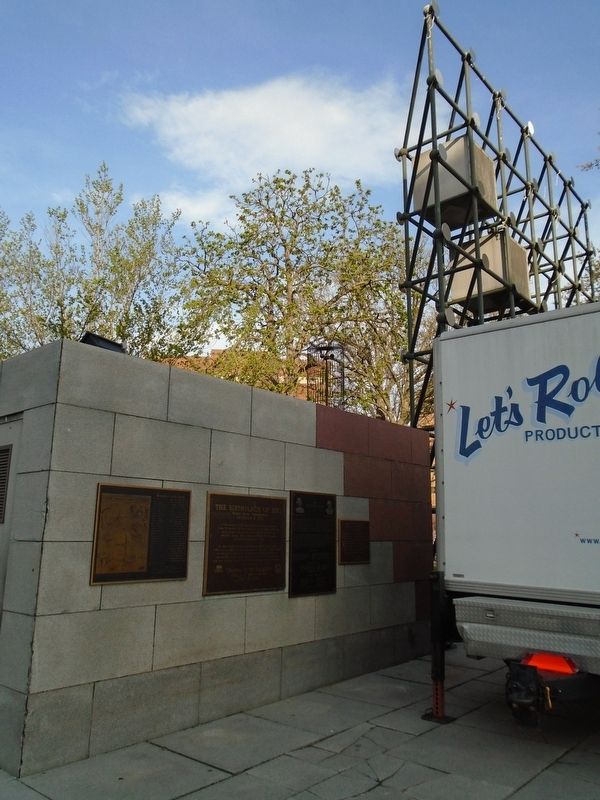 Photographed By William Fischer, Jr.
2. Markers near the NW Corner of Public Square