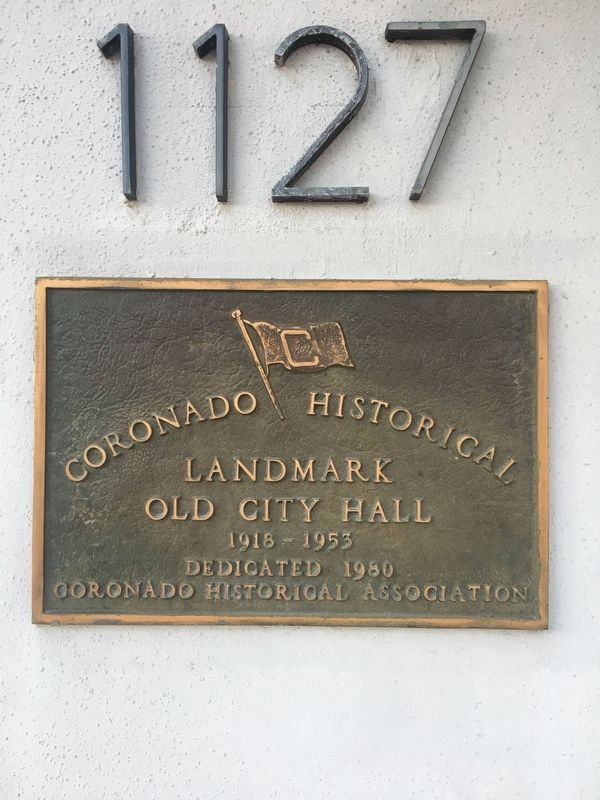 Topics. This historical marker is listed in this topic list: Notable Buildings. A significant historical year for this entry is 1918.

More about this marker. This marker is located on a side road off the main street of Orange Avenue which leads to Star Park. 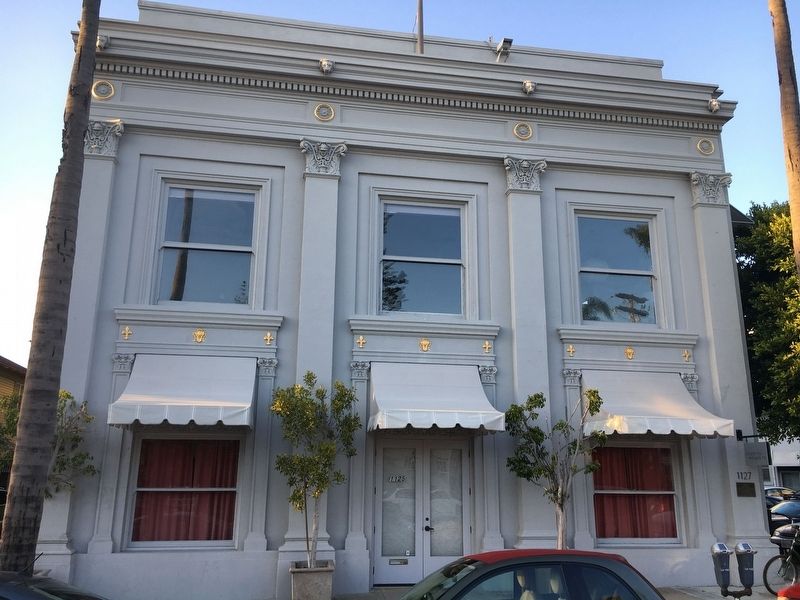 Photographed By Jamie Gallant Jamison, May 3, 2018
2. Old City Hall Building
Marker is at right side of building as seen in this picture.

Click or scan to see
this page online
Major General Joseph Henry Pendleton USMC, Coronado's own 'Marine Mayor,' served as Mayor in this building from 1928 - 1930.