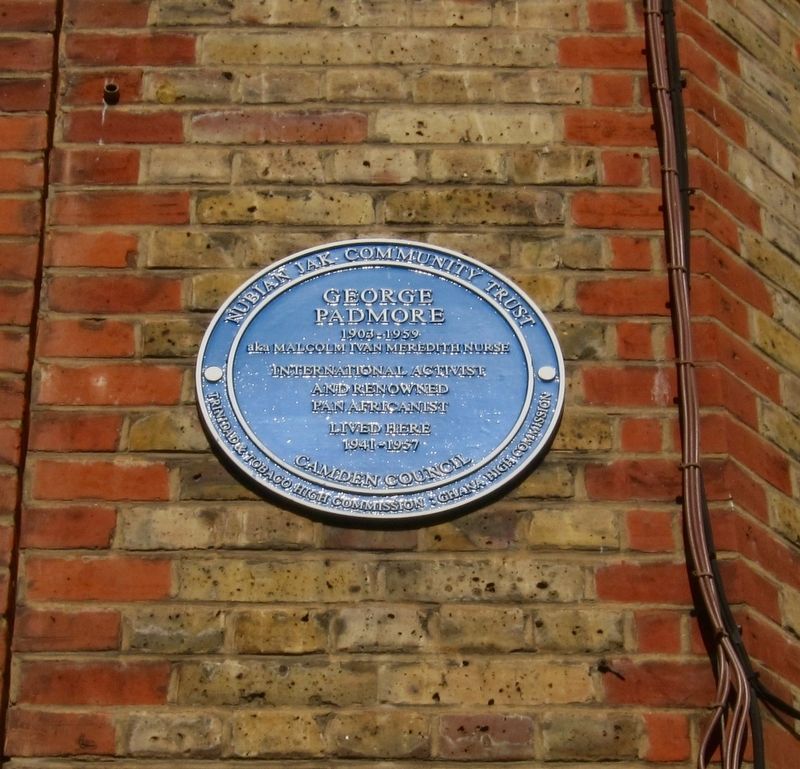 Other nearby markers. At least 8 other markers are within walking distance of this marker. Charles Dickens (a few steps from this marker); Father Basil Jellicoe (about 150 meters away, measured in a direct line); Mary Wollstonecraft (approx. 0.2 kilometers away); The Last Goon Show (approx. 0.3 kilometers 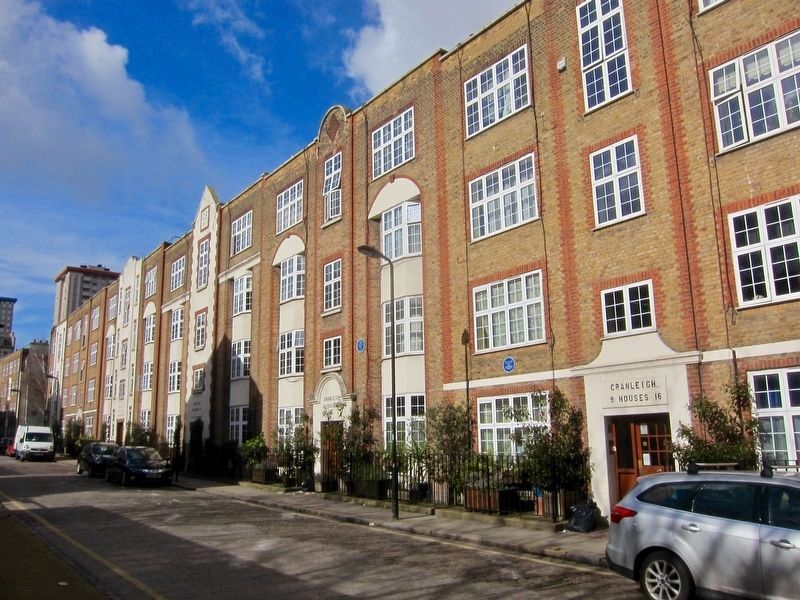 Also see . . .
1. George Padmore (Wikipedia). "George Padmore (28 June 1903 – 23 September 1959), born Malcolm Ivan Meredith Nurse in Trinidad, was a leading Pan-Africanist, journalist, and author. He left Trinidad in 1924 to study medicine in the United States, where he also joined the Communist Party....From there he moved to the Soviet Union, where he was active in the party, and working on African independence movements. He also worked for the party in Germany but left after the rise of the Nazis in the 1930s. He left the Communist Party in 1934 because of the abuses and widespread purges under Stalinism. He continued to support socialism....Padmore lived for a time in France, before settling in London. Toward the end of his life he moved to Accra, Ghana." (Submitted on May 6, 2018.) 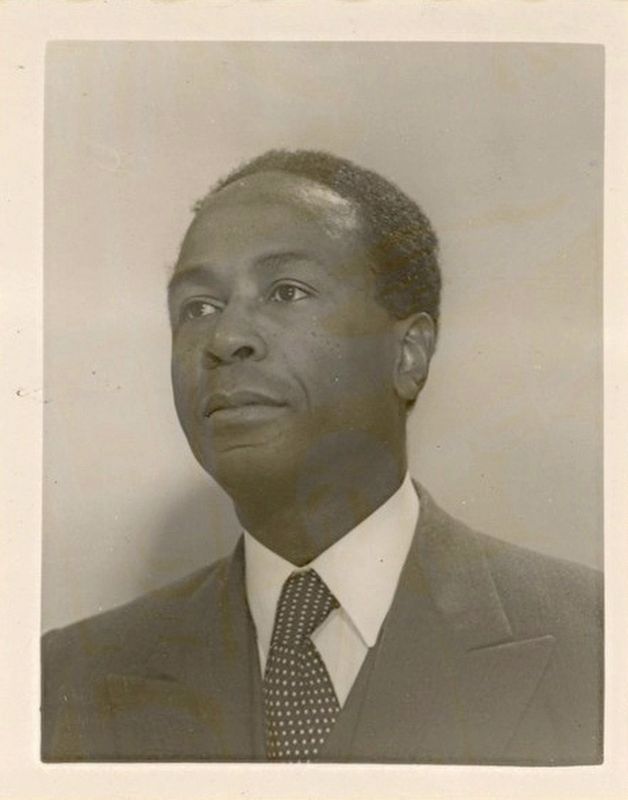 Photo courtesy of the David Graham Dubois Trust and the University of Massachusetts Amherst, circa 1950
3. Portrait of the Pan African leader George Padmore.
journalist, radical activist, and theoretician, George Padmore did more than perhaps any other single individual to shape the theory and discourse of Pan-African anti-imperialism in the first half of the twentieth century....Padmore settled in London, UK in 1936. There he helped foster a radical milieu of Pan-Africanist intellectuals that included Padmore's childhood friend, the Trotskyist theorist C.L.R. James. In 1936 Padmore published How Britain Rules Africa, followed a year later by Africa and World Peace. Along with I.T.A. Wallace-Johnson, Padmore and James founded the International African Service Bureau in 1937. Padmore guided the bureau through the late 1930s and early 1940s until in merged into the Pan-African Federation in 1944. He was a principal organizer of the Manchester Pan-African Congress in 1945, which helped lay the foundation for postwar African colonial liberation movements. Throughout this period Padmore's articles and essays were printed regularly in the Chicago Defender, the Pittsburgh Courier, and The Crisis, as well as in newspapers throughout Britain, West Africa, and the Caribbean. Padmore's international journalism and other writings linked African American struggles with liberation movements in Africa and with African Diaspora peoples around the world and thus had a profound effect on the contours of black political thought." (Submitted on May 6, 2018.)