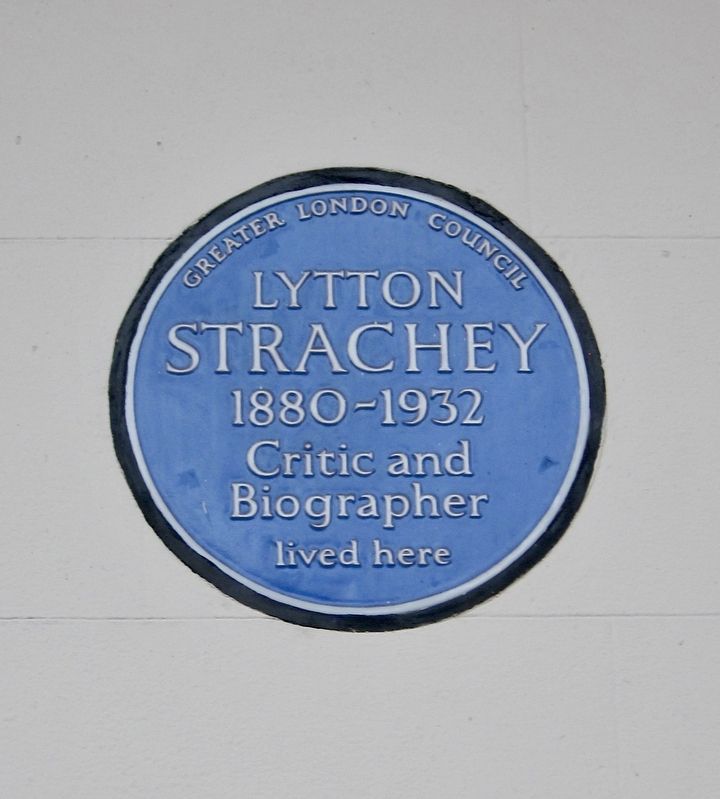 Topics. This historical marker is listed in this topic list: Arts, Letters, Music. A significant historical date for this entry is January 21, 1932. 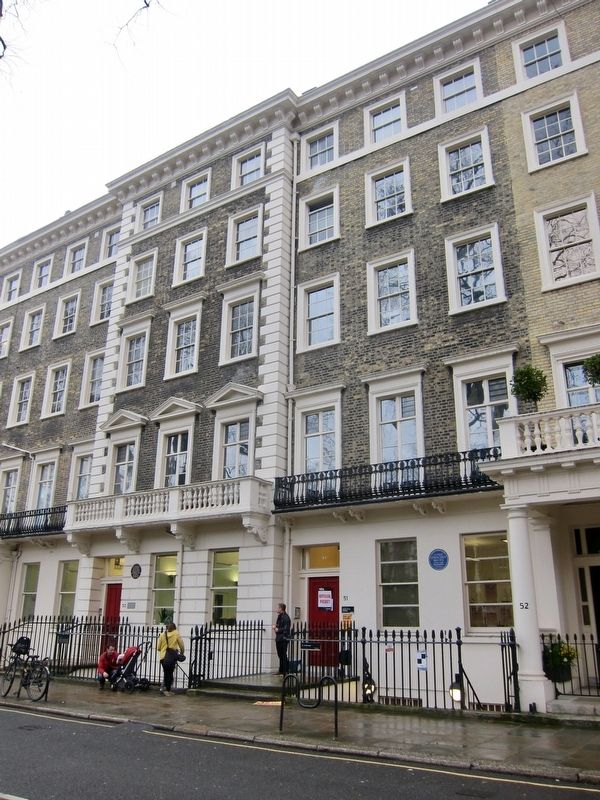 Click or scan to see
this page online
. "Gordon Square was already home to many of the Bloomsbury Group causing Strachey to observe to Virginia Woolf, ‘Very soon I foresee that the whole square will become a sort of college, and the rencontres in the garden I shudder to think of’. It was his own chief London residence from 1921; he deemed it ‘a great deal more comfortable & convenient’ than the family’s previous address in Belsize Park Gardens, Hampstead, and he had a self-contained flat on the ground floor – where the plaque is situated – from 1929 until his death. Parts of Queen Victoria (1921) and Elizabeth and Essex (1928) were written at the house....Strachey’s biographer Michael Holroyd, who proposed the plaque, discovered his subject’s lost fellowship dissertation on Warren Hastings, the controversial Governor-General of Bengal, in the basement of number 51 during a visit in 1963, the family having given up the lease on the increasingly decrepit house not long before. An ‘In/Out’ board still stood in the entrance hall: deceased members of the Strachey family, some of whom had been dead for half a century, were marked as ‘out’. " (Submitted on May 8, 2018.) 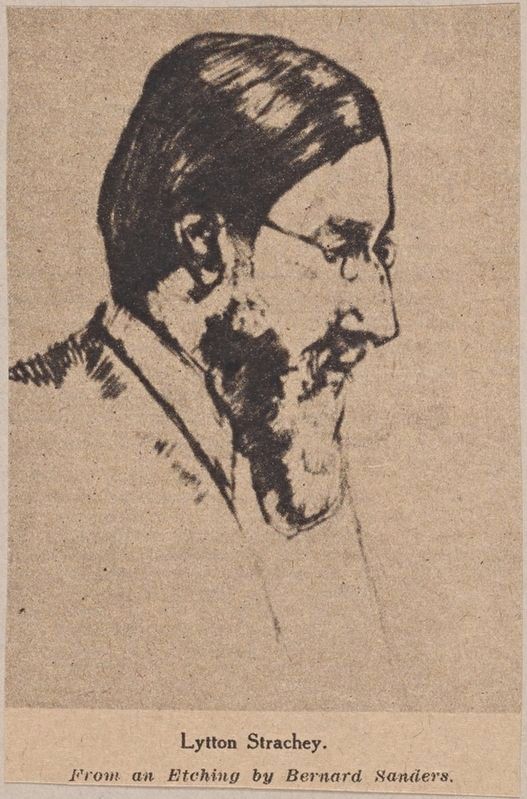 from an etching by Bernard Sanders (image courtesy of the New York Public Library), circa 1932
3. Lytton Strachey Marker - Wide View
Group and author of Eminent Victorians, he is best known for establishing a new form of biography in which psychological insight and sympathy are combined with irreverence and wit. His biography Queen Victoria (1921) was awarded the James Tait Black Memorial Prize." (Submitted on May 8, 2018.)