Not For Self But For Country 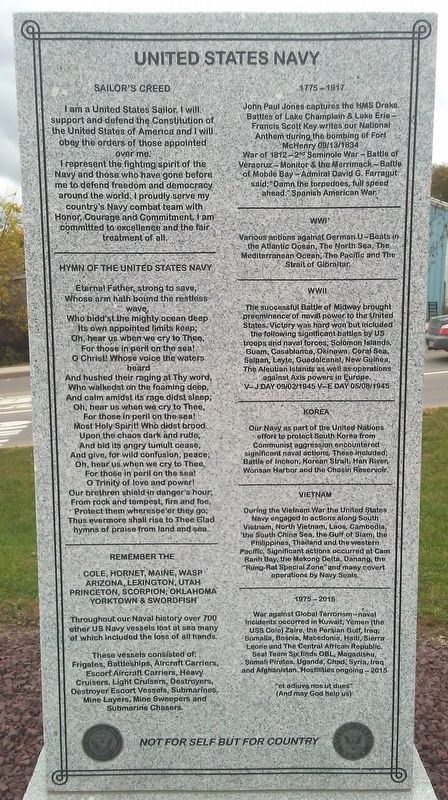 Throughout our Naval history over 700 other US Navy vessels lost at sea many of which included the loss of all hands. 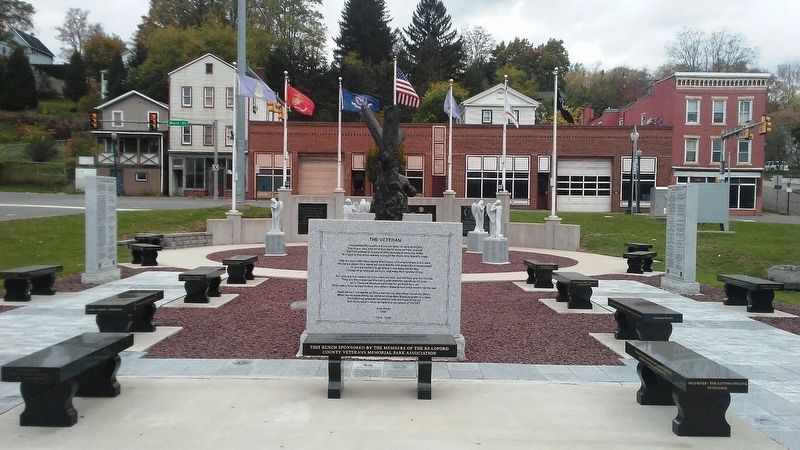 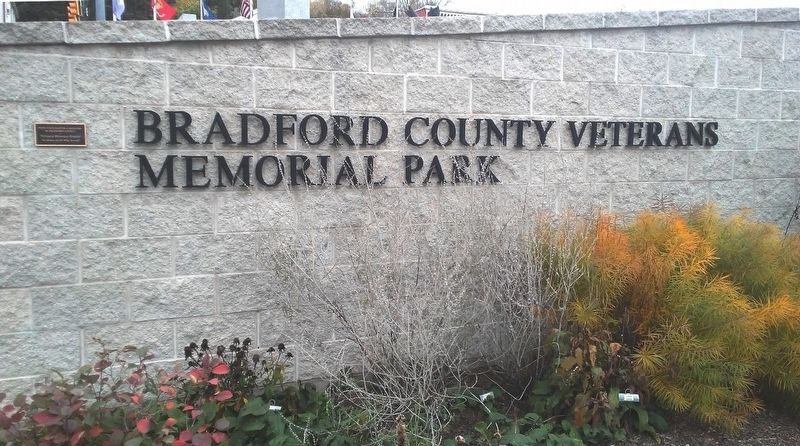 "et adiuva nos ut dues"
(And may God help us)
—————————————————————
Sailor's Creed
I am a United States Sailor. I will
support and defend the Constitution of
the United States of America and I will
obey the orders of those appointed
over me.
I represent the fighting spirit of the
Navy and those who have gone before
me to defend freedom and democracy
around the world. I proudly serve my
country's Navy combat team with
Honor, Courage, and Commitment. I am
committed to excellence and the fair
treatment of all.
—————————————————————
Hymn of the United States Navy
Eternal Father, strong to save,
Whose arm hath bound the

Throughout our Naval history over 700
other US Navy vessels lost at sea many
of which included the loss of all hands.

Erected 2015 by Concerned Citizens and Organizations.

Location. 41° 45.709′ N, 76° 26.556′ W. Marker is in Towanda, Pennsylvania, in Bradford County. Memorial is at the intersection of Main Street and U.S. 6, on the left when traveling south on Main Street. Touch for map. Marker is at or near this postal address: Bradford County Veterans Memorial Park, Towanda PA 18848, United States of America. Touch for directions.