The Palace of Bridewell 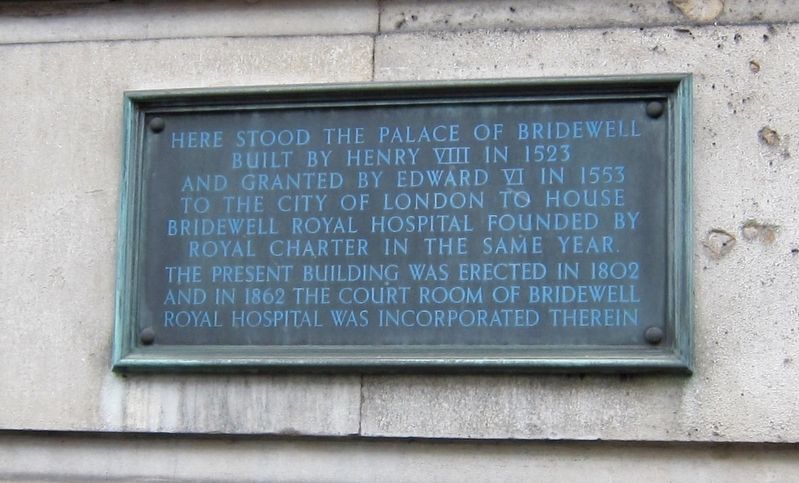 Topics. This historical marker is listed in this topic list: Notable Buildings. A significant historical year for this entry is 1523. 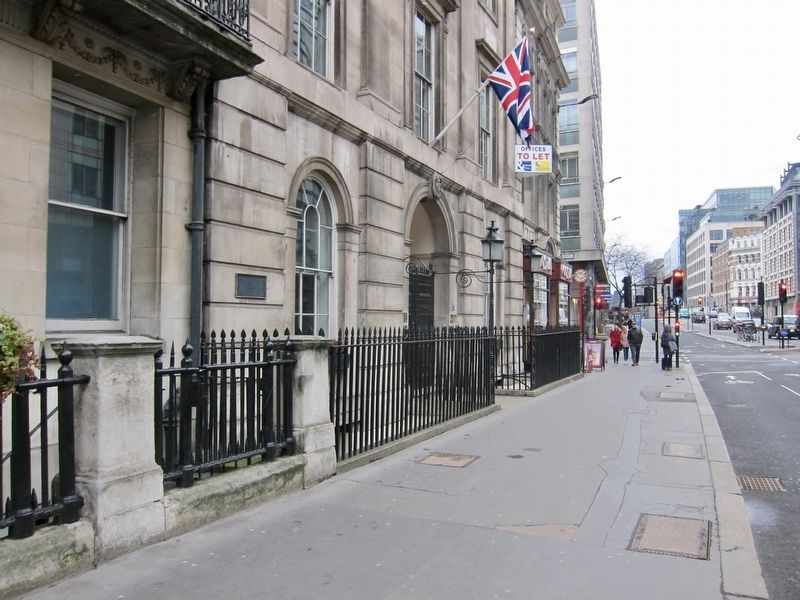 Also see . . .  Bridewell Palace (Wikipedia). "Bridewell Palace in London was built as a residence of King Henry VIII and was one of his homes early in his reign for eight years. Given to the City of London Corporation by his son King Edward VI for use as an orphanage and place of correction for wayward women, Bridewell later became the first prison/poorhouse to have an appointed doctor. It was built on the banks of the Fleet River in the City of London between Fleet Street and the River Thames in an area today known as 'Bridewell Court' off New Bridge Street. By 1556 part of it had become a jail known as Bridewell Prison. It was reinvented with lodgings and was closed in 1855 and the buildings demolished in 1863–1864....The name 'Bridewell' subsequently became a common name for a jail, used not only in England but in other English-speaking cities, including Chicago and New York." (Submitted on May 14, 2018.)
Credits. This page was last revised on January 27, 2022. It was originally submitted on May 14, 2018, by Andrew Ruppenstein of Sacramento, California. This page has been viewed 133 times since then and 36 times this year. Photos:   1, 2. submitted on May 14, 2018, by Andrew Ruppenstein of Sacramento, California.
Share this page.