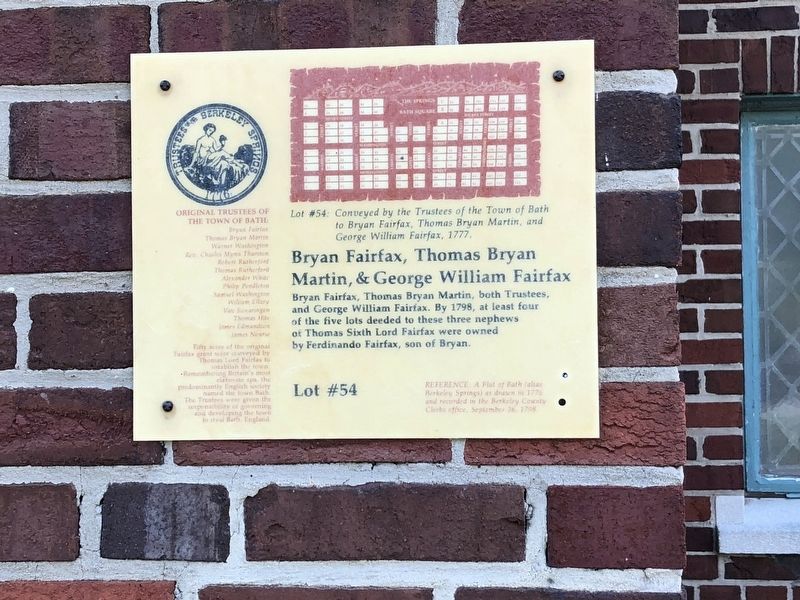 Bryan Fairfax, Thomas Bryan Martin, both Trustees, and George William Fairfax. By 1798, at least four of the five lots deeded to these three nephews of Thomas Sixth Lord Fairfax were owned by Ferdinando Fairfax, son of Bryan.

Lot #54: Conveyed by the Trustees of the Town of Bath to Bryan Fairfax, Thomas Bryan Martin, and George William Fairfax, 1777. 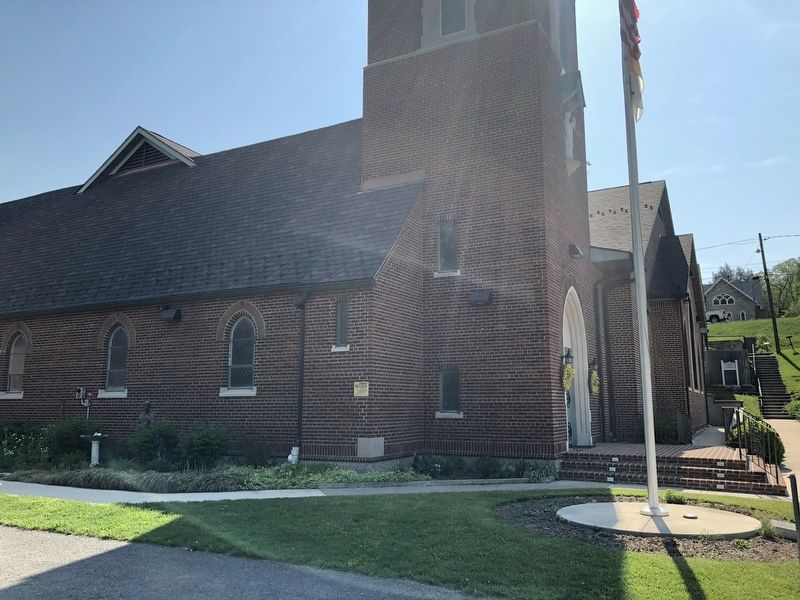