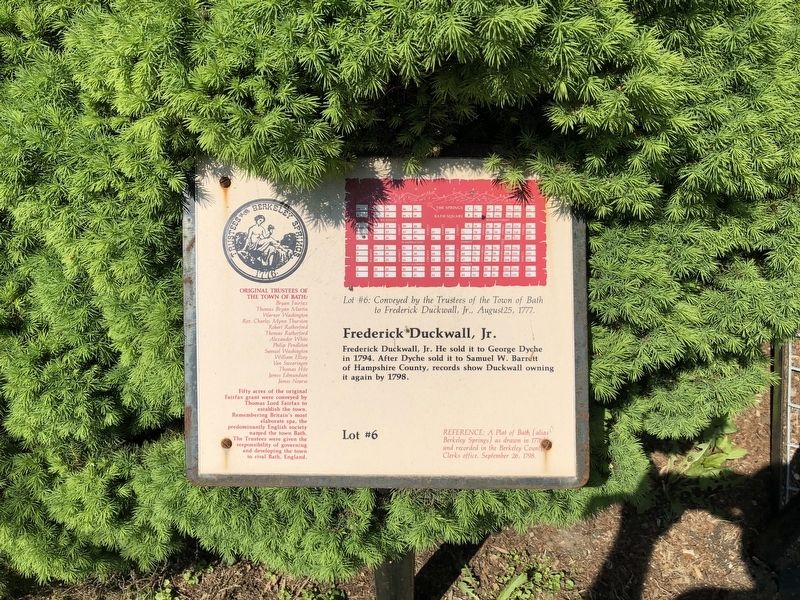 Frederick Duckwall, Jr. He sold it to George Dyche in 1794. After Dyche sold it to Samuel W. Barrett of Hampshire County, records show Duckwall owning it again by 1798.

Topics and series. This historical marker is listed in this topic list: Settlements & Settlers. In addition, it is included in the West Virginia, Berkeley Springs, Town of Bath Lots series list. A significant historical date for this entry is August 25, 1777. 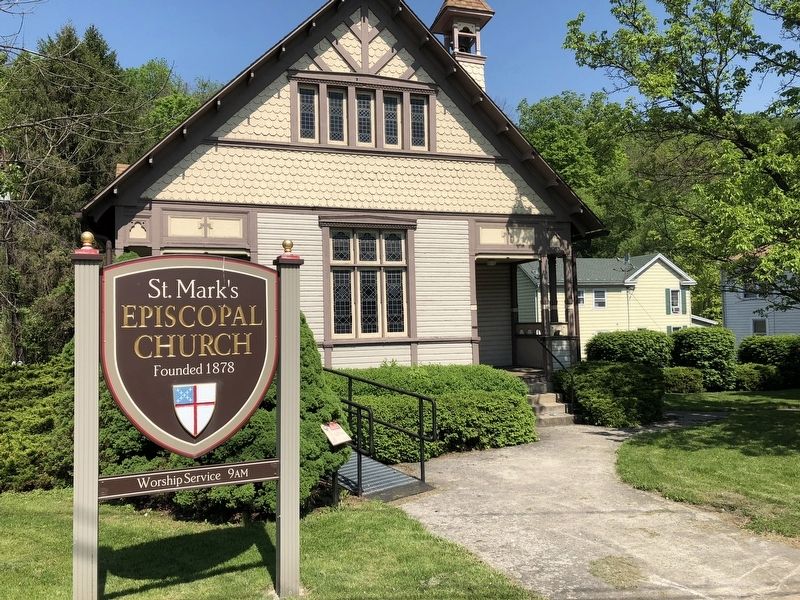