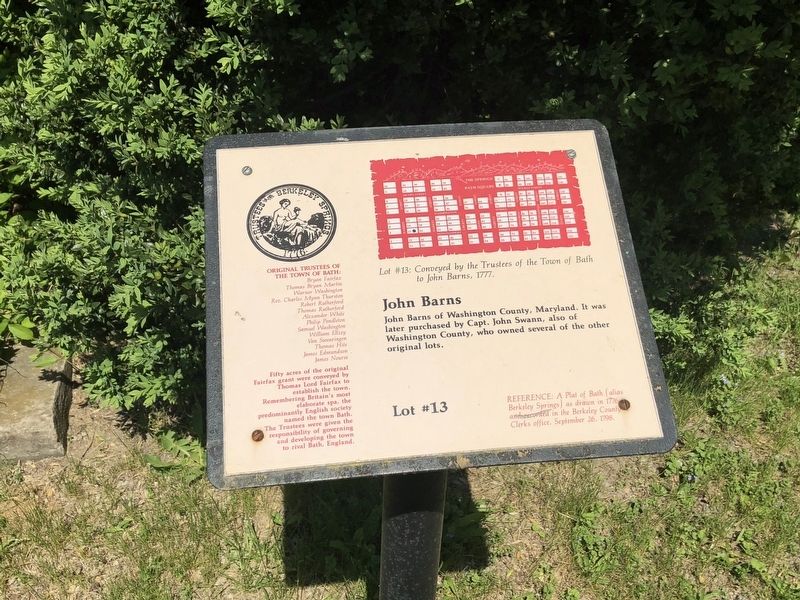 By Devry Jones, May 12, 2018
1. John Barns Marker
Inscription.
John Barns of Washington County, Maryland. It was later purchased by Capt. John Swann, also of Washington County, who owned several of the other original lots. . . Lot #13: Conveyed by the Trustees of the Town of Bath to John Barns, 1777. . This historical marker is in Berkeley Springs in Morgan County West Virginia 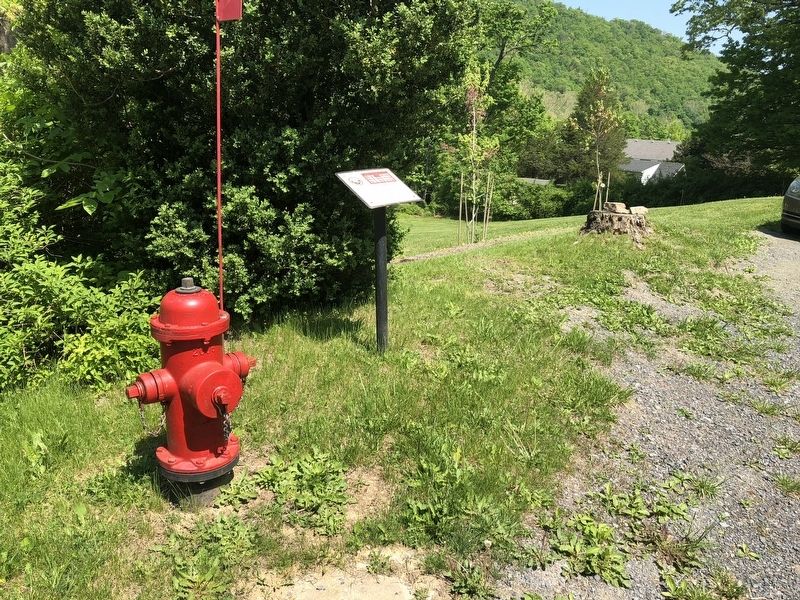