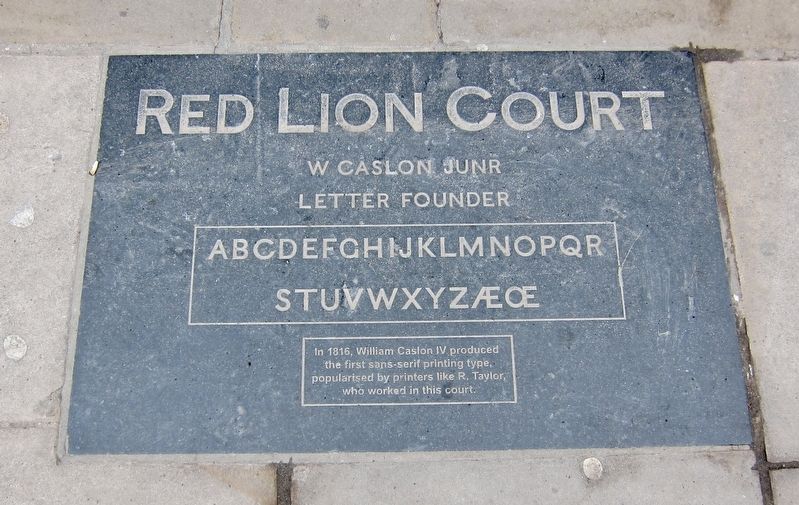 In 1816, William Caslon IV produced the first sans-serif printing type, popularised by printers like R. Taylor, who worked in this court.

Topics. This historical marker is listed in this topic list: Communications. A significant historical year for this entry is 1816. 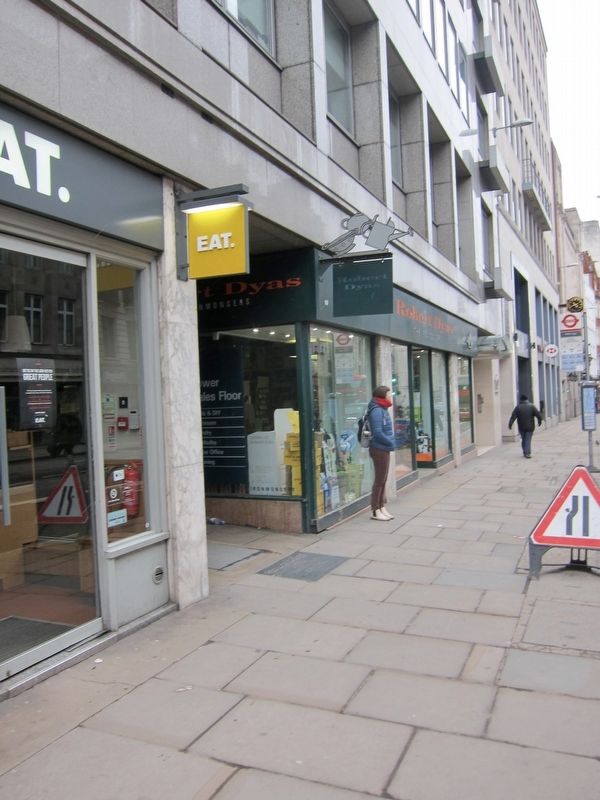 By Andrew Ruppenstein, March 17, 2018
2. Red Lion Court Marker - Wide View
The marker is visible here embedded in the pavement at the entrance to Red Lion Court.