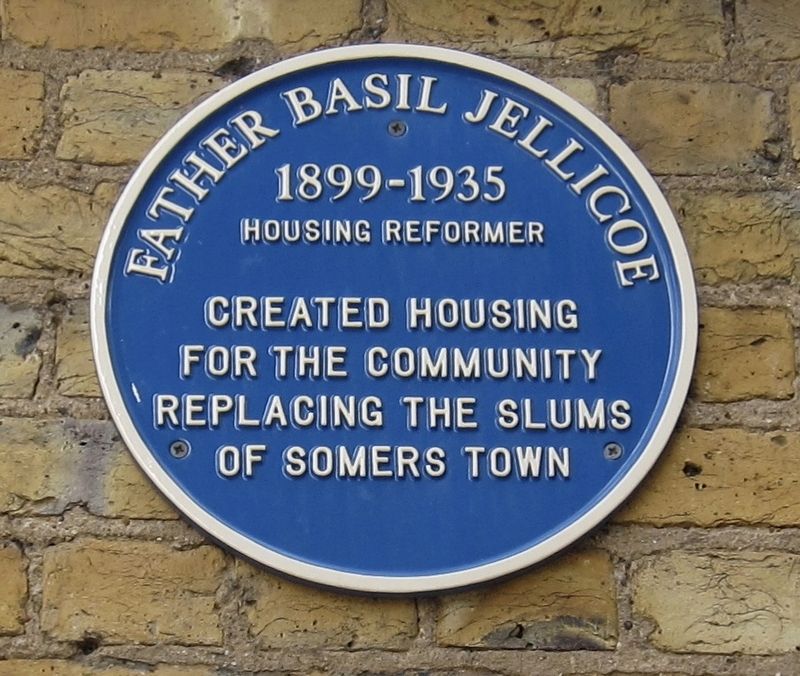 Created housing for the community replacing the slums of Somers Town . . This historical marker was erected in 2014. It is in London Borough of Camden in Greater London County England United Kingdom

Created housing
for the community
replacing the slums
of Somers Town 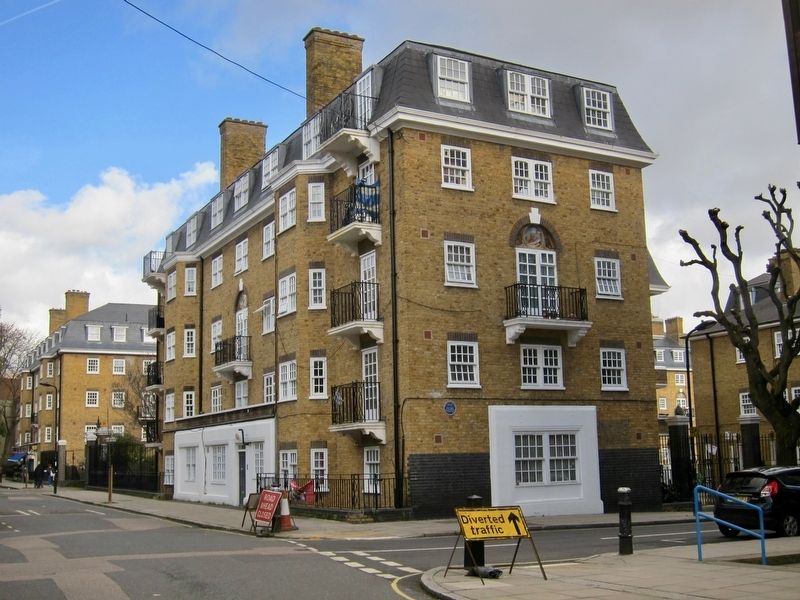 Also see . . .  Basil Jellicoe (Wikipedia). "John Basil Lee Jellicoe (5 February 1899 - 24 August 1935) was a priest in the Church of England best known for his work as a housing reformer....Jellicoe was born in Chailey, Sussex. A graduate of Magdalen College Oxford, he later studies at St. Stephen's House, Oxford and was ordained as an Anglican priest and became missioner at the Magdalen Mission at St Mary's Church in Somers Town, London. He was founder of the St Pancras Housing Association (originally the St Pancras House Improvement Society) and several other housing associations in London, Sussex and Cornwall. He toured the country in his small car fundraising and selling loan stock to fund these projects....Jellicoe died in Uxbridge on 24 August 1935. A blue plaque was unveiled in his honour in Camden in 2014." (Submitted on May 15, 2018, by Andrew Ruppenstein of Sacramento, California.)
Credits. This page was last revised on May 15, 2018. It was originally submitted on May 15, 2018, by Andrew Ruppenstein of Sacramento, California. This page has been viewed 71 times since then and 8 times this year. Photos:   1, 2. submitted on May 15, 2018, by Andrew Ruppenstein of Sacramento, California.
Share This Page.