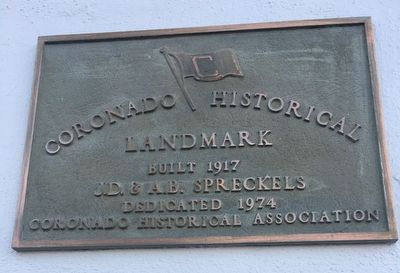 Topics. This historical marker is listed in this topic list: Architecture. A significant historical year for this entry is 1917.

More about this marker. There are two markers on the Spreckels Building. The primary is on the building itself, to the right side of the front door to the Bank of Coronado (California Western Bank). The second marker is 50 meters North of the first on the exterior, curved wall facing Orange Avenue; its in front of the WESTPAC Noodle Restaurant. 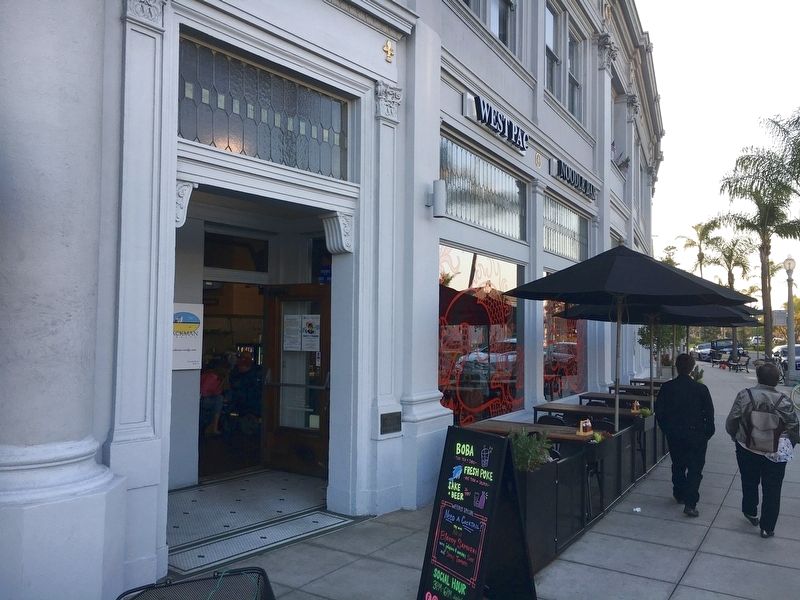 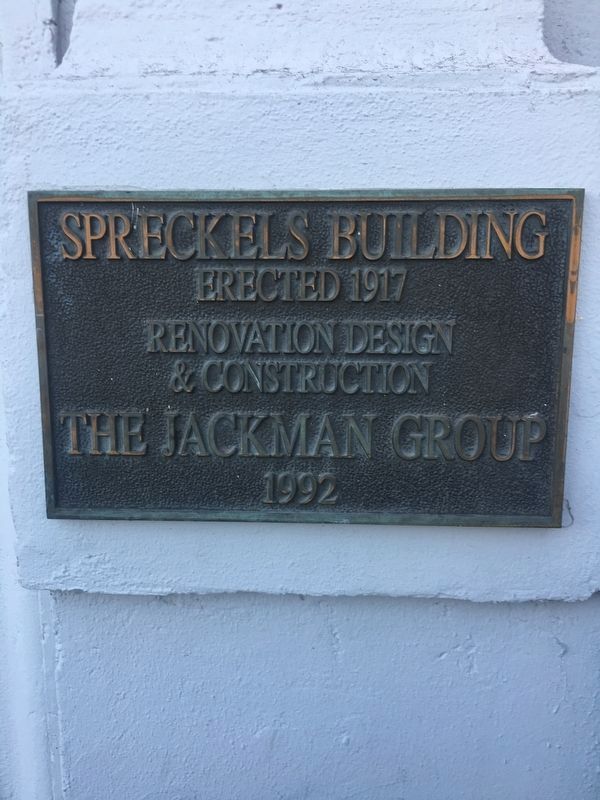 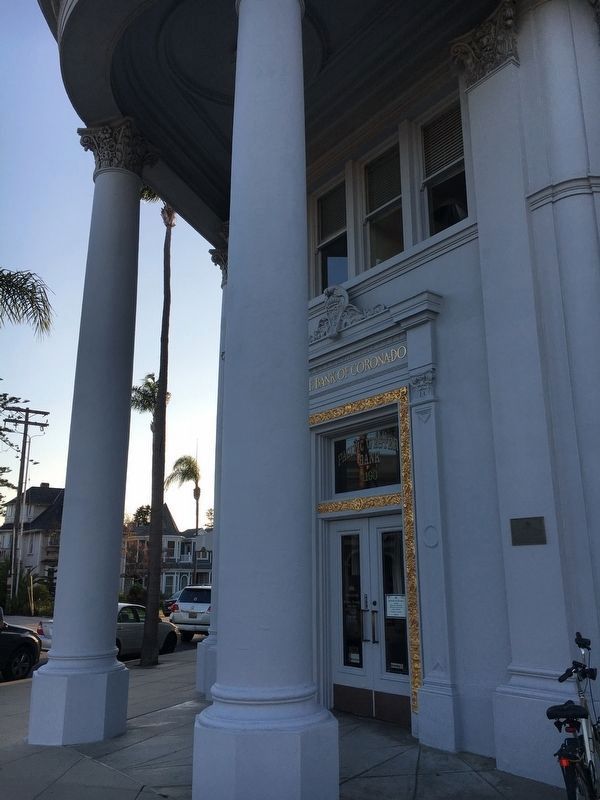