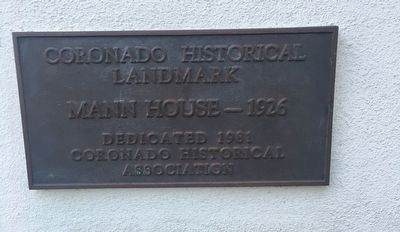 Topics. This historical marker is listed in these topic lists: Architecture • Notable Buildings. A significant historical year for this entry is 1926.

Location. 32° 41.026′ N, 117° 10.747′ W. Marker is in Coronado, California, in San Diego County. Marker is at the intersection of Loma Avenue and Star Park Circle, on the right when traveling west on Loma Avenue. Touch for map. Marker is at or near this postal address: 1045 Loma Avenue, Coronado CA 92118, United States of America. Touch for directions. 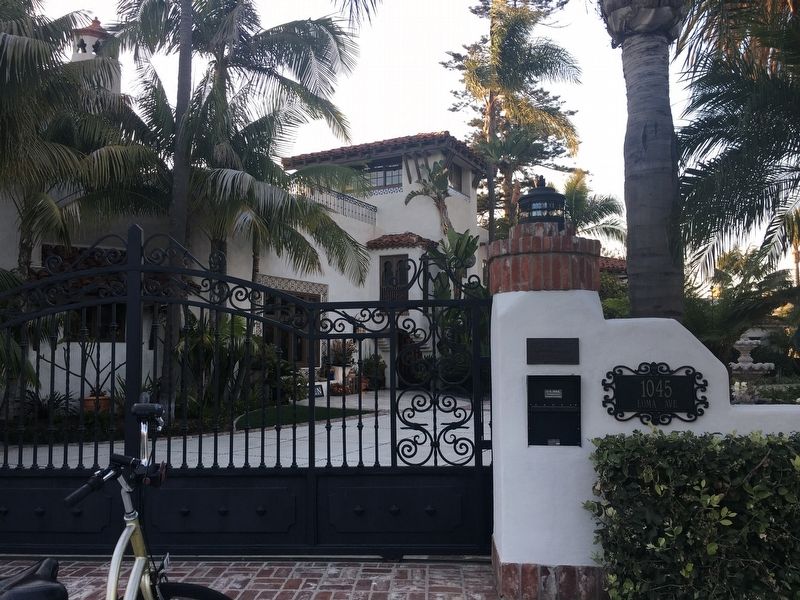 Click or scan to see
this page online
(about 700 feet away); The Oxford (approx. 0.2 miles away). Touch for a list and map of all markers in Coronado.

Regarding Mann House - 1926. The Mann house architect was Richard S. Requa. His work is as respected today as he was in his own time; he was known for the 'Southern California Style' which features white stucco, heavily tiled roofs, distinctive chimney designs, wrought iron adornment, and Moorish arches. Polychrome tile fountains and other features often accented his projects. Public records indicate that the Mann House’s tax assessment in 2017 was $8,850,000.
Credits. This page was last revised on May 29, 2018. It was originally submitted on May 18, 2018, by Jamie Gallant Jamison of Coronado, California. This page has been viewed 505 times since then and 112 times this year. Photos:   1, 2. submitted on May 18, 2018, by Jamie Gallant Jamison of Coronado, California. • Syd Whittle was the editor who published this page.
Share this page.